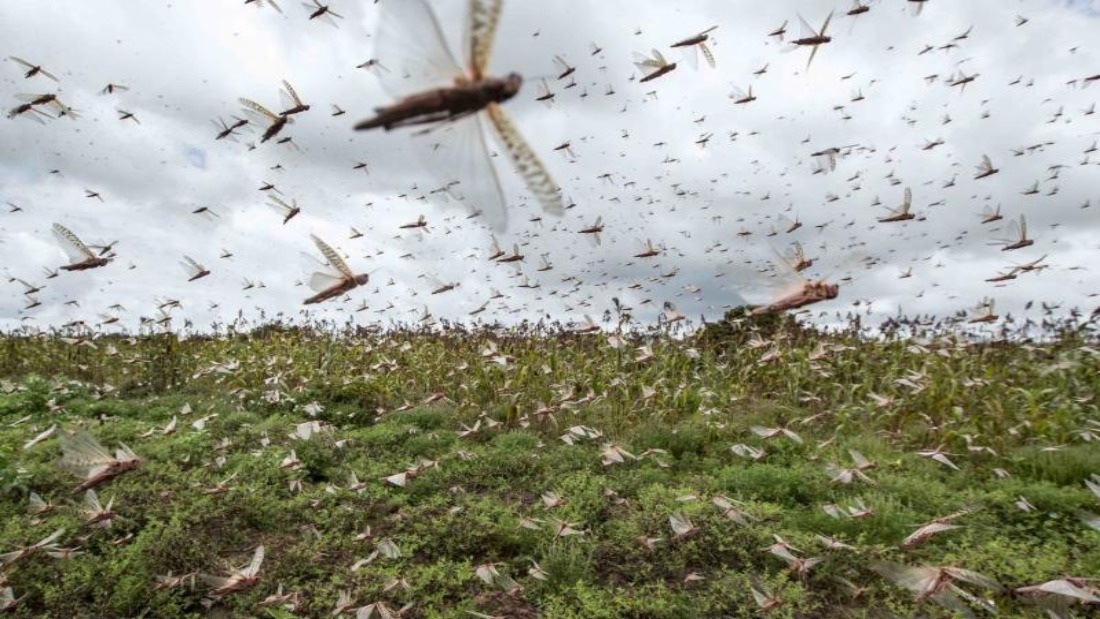 Uganda is one of the East African countries likely to be affected by what the Food and Agriculture Organisation describes as the worst outbreak to hit the region in over three decades.

The locust swarms have already caused panic in Somalia, Ethiopia and Kenya, while Uganda, South Sudan and Tanzania have been on high alert

President Yoweri Museveni said that the government is ready to decisively deal with locusts in case they cross to Uganda.

He also said that several strategies have been put in place to fight the locusts while also advising that aircraft has already been sourced and is on alert for aerial sprays in case of an attack.

He added that the government will buy its aircraft to stop dependence on other countries in the future.

“On the issue of locusts, on we had a meeting and we are going to move decisively both on the ground and in the air in case they cross to Uganda. We are going to buy our aircraft for future use,” Mr Museveni said.

At least 2,000 UPDF soldiers have been trained to carry out small scale spraying.

Recently, Mr Stephen Byantwale, the commissioner for crop protection at Ministry of Agriculture was quoted by media saying that Uganda had no aircraft and the ministry was working with the Desert Locust Control Organisation of East Africa (DLCO-EA), based in Nairobi, Kenya to provide aircraft in case locusts cross to Uganda.

But Evarist Magara, the Uganda representative to DLCO-EA also told media the limited financial commitment from the government of Uganda would complicate the possibility of assistance from the locust control body. He said that they would bring in spray aircraft if Uganda pays up the debts of Shs18 billion.

Districts in Karamoja have already deployed teams at the Uganda-Kenya border to monitor the movement of the deadly desert locusts.

The Director of Extension Services, Beatrice Byarugaba told the media in Kampala recently that the ministry had requested for Shs11 billion for the contingency plan. She, however, said only Shs5 billion was available.