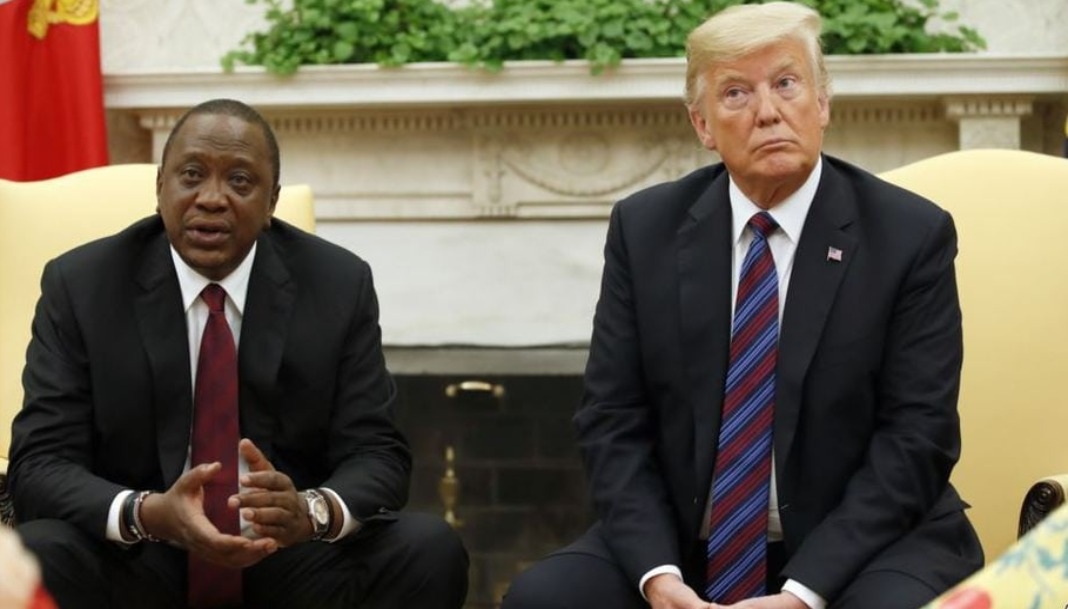 President Uhuru Kenyatta is scheduled to hold talks with President Donald Trump in Washington this week as the two countries negotiate on a free-trade agreement, America’s first such deal with a sub-Saharan country.

Uhuru is in the US together with ODM leader Raila Odinga for a series of meetings, including a presentation on their handshake at an international luncheon on the sidelines of the National Prayer Breakfast.

Uhuru and Trump will hold an “expanded bilateral meeting” on Thursday.

According to the president’s spokesperson Kanze Dena, Kenya is working closely with the US government in crafting a trading arrangement that guarantees continued market access for Kenya’s products in the US market after the African Growth and Opportunity Act (AGOA) comes to an end in 2025.

“While in Washington DC, President Kenyatta is expected to hold bilateral meetings with senior US government officials and those from the private sector. During meetings with American business membership groups, President Kenyatta will be expected to pitch for Kenya as an ideal business, investment and tourism destination,” she said in a statement.

The President will also engage with the US congress, Chairmen of Finance, Defense and Foreign Relations Committees. Uhuru’s visit will also see a technical working group to promote trade and economic relations between Kenya and US meet for the third time after it was formed two years ago.

It is expected that at the end of the technical working group meeting, a joint statement will be issued announcing the start of negotiations geared towards a new Kenya-US free trade agreement.

The expiration of African Growth and Opportunity Act

In 2017, at a meeting between President Trump and President Kenyatta in Washington DC, a technical working group was established to promote trade and economic relations between Kenya and US.

A Cabinet meeting on January 30 approved the beginning of talks with the US for a trade deal that “would help Kenyan goods to have smooth access to the expansive U.S. market,” especially as AGOA comes to an end.

AGOA, which provides 39 sub-Saharan African countries duty-free access to the US for about 6,500 products ranging from textiles to manufactured items, expires in 2025.

It is reported that the Trump administration wants the accord to be a model for future pacts with African countries, according to a person familiar with the plans.

Kenya expects real progress on the agreement by the third quarter of this year.

Now that President Trump has signed the first phase of a trade pact with China another one with Mexico and Canada, the White House is turning its attention to scrutinising trade relationships with other nations and regions including the European Union, the UK and Africa.

Any potential pact won’t replace the African Growth and Opportunity Act, which provides 39 sub-Saharan African countries duty-free access to the US for about 6,500 products ranging from textiles to manufactured items, a source revealed.

Kenya is America’s 11th largest trading partner on the continent and the sixth biggest in sub-Saharan Africa, with total trade between the two countries at $1.17 billion in 2018.

The US currently has one free-trade agreement on the African continent, with Morocco.

US Assistant Secretary of State for African Affairs Tibor Nagy said in August that America is pursuing a trade deal with an unidentified country in sub-Saharan Africa, adding that it would be used as a model for others when AGOA expires.