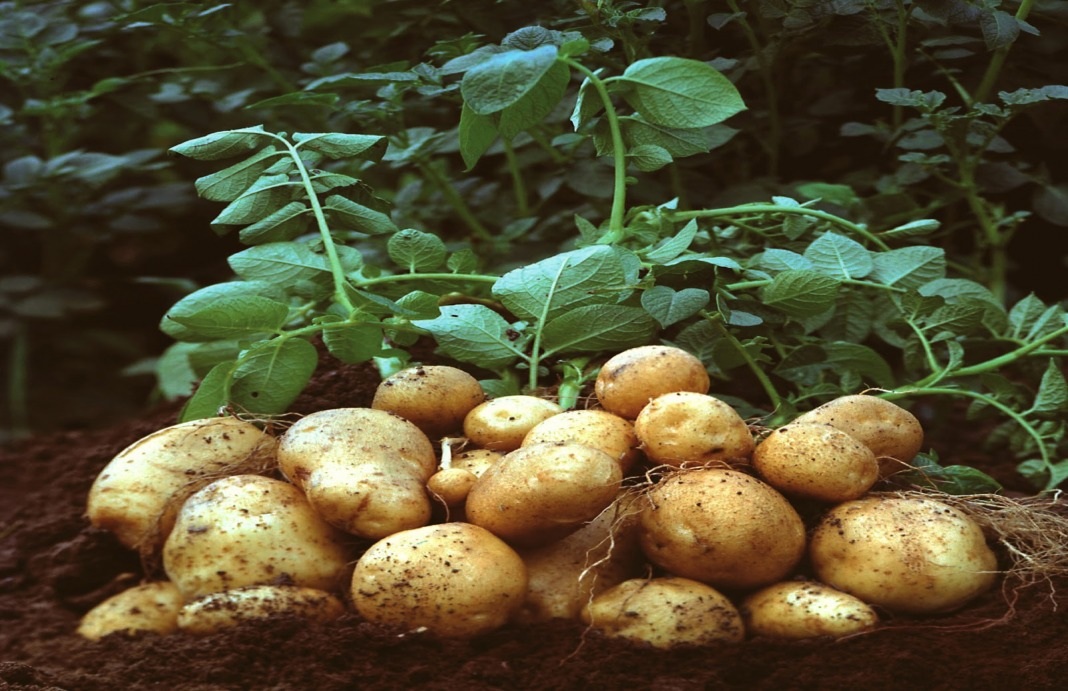 The humble potato is serving as a strong pillar for food security as well as boosting smallholders’ income throughout Kenya this is due to a public-private partnership in the modern potato farming.

In Kenya, potatoes are a key staple food, second only to maize. Yet its potato value chain has been underdeveloped for decades also.

This has been acknowledged by the Kenyan government. Over the past years, it has been investing in the potato sector to realise an increase of output per hectare and a growth in potato smallholders’ income.

According to a statement posted on Food Chain Partnership’s website, in 2019 a private-public partnership, centred around and throughout the potato value chain, was established to change this situation. Core in the approach was to boost Kenyan smallholder income.

In explaining how this was realised, the statement said: “This was realised by an integral value chain approach, in which potato smallholders were provided access to i) modern and affordable seed potatoes; ii) fertilisers; iii) chemicals; iv) technology; v) knowledge; vi) markets and vii) finance.

The statement also said demonstration plots, established on half-acre holdings in Narok, Meru and Molo Counties, were used as a live classroom.

Throughout the entire potato growing cycle, all partners transferred their expertise to a total of 2,000 potato smallholders in the use of modern certified seed potatoes, the correct application of fertilizer and crop protection products to improve yields.

Details of all the input costs, yields and market prices were collected to calculate smallholder income and profitability.

The partnership results revealed that adoption of innovations and favourable value chain development paid off with increased marketable yields as the foundation for higher incomes and increased food security.

An analysis of the input costs, according to the statement, revealed that adopting the innovations reduced the production cost of 1 kg of marketable potatoes from 30 KES to 11 KES.

Smallholders saw their yields go up from the national average of 7 tons/ha to as high as 49 tons per hectare.

These increased yields combined with premium prices from Carrefour Supermarkets resulted in an average smallholder gross income that was 9 times higher than common practice.

“The results of the integrated value chain approach generated a lot of positive energy. Both public and private partners expressed a great deal of interest in cooperating further and expanding this successful potato value chain approach to other Kenyan counties with the overall aim of increasing farm incomes through connected smallholders. The humble potato is serving as a strong pillar for food security in Kenya, and the partners’ efforts are therefore fully in line with the Kenyan Government’s strategic Big Four agenda. Moreover modern potato varieties are boosting smallholders’ income throughout all Kenya,” concluded the statement.