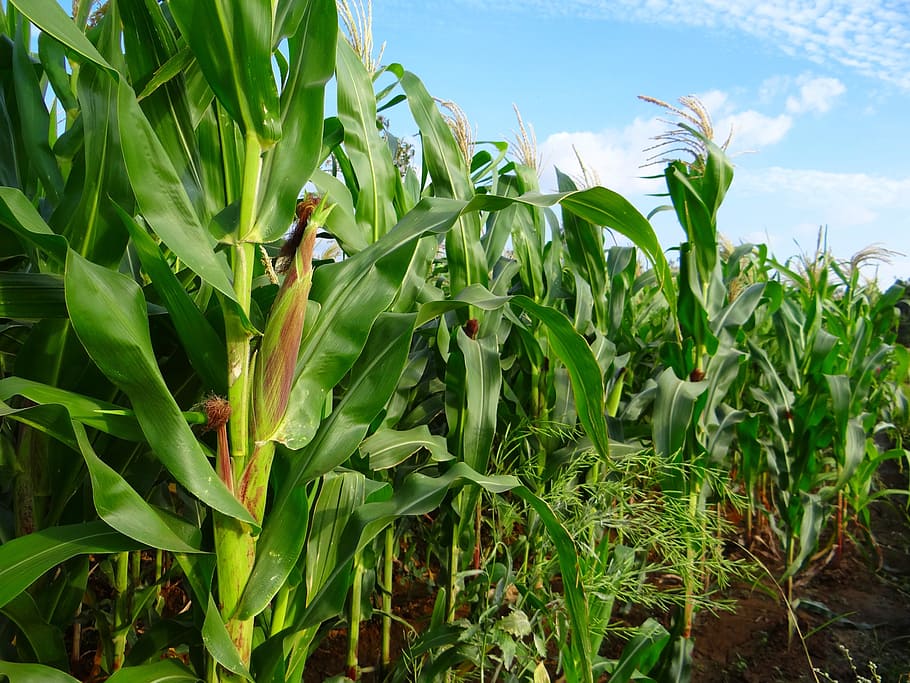 When over 300 farmers planted maize seeds in October last year on 45 hectares in Rugende wetland, they were expecting a rebound from previous losses.

The wetland connects the sectors of Nyakariro, Muyumbo of Rwamagana District and Masaka sector of Kicukiro District as well as part of Gasabo District.

In 2018, Rwf2.5 billion was invested by the government to the wetland and used for local seed multiplication for maize and other crops to reduce seeds imports.

However, according to farmers, the seeds have failed to germinate for two consecutive seasons.

“In season A that started in October last year we planted maize on 45 hectares but we are counting losses. In the previous season, the seeds did not yield. We appropriate support,” Jean Damour Niyonsaba, a farmer said.

Farmers say that when the seeds failed to germinate in the previous season, Rwanda Agricultural Board (RAB) agreed to compensate them.

However, the seeds that were distributed as part of the compensation also failed to germinate.

“It is the second time we are counting losses due to seeds problem,” Niyonsaba said.

He disclosed that RAB also still owes them Rwf62 million in unpaid arrears stemming from the products it bought last year.

“We have entered into another harvesting season without being paid for the products we sold to RAB. RAB tells us that the ministry of finance has not yet released the money yet,” he said.

Germaine Mukabaziga, another farmer with 59 acres added, “I still have a bank loan to pay. Some of us got loans from savings groups, others from banks expecting to harvest and pay but with these losses, interest rates keep increasing as we fail to pay back.”

Farmers say they had not been given proper guidelines on planting the new seed variety.

Charles Bucagu, the Deputy Director-General of Agriculture Research and Technology Transfer at RAB, told this paper that farmers had no skills in multiplying the seeds, saying that they planted more “female seeds than male seeds.”

However, he added, RAB will provide farmers with beans and vegetable seeds to plant in the coming season.

He also noted that they will deploy experts in seed multiplication to avoid further challenges.

“We have learnt the farmers did not have the skills in maize seed multiplication. Now we have identified 22 companies to help raise their skills and capacity,” he said.

We are also going to fast-track the payment of arrears owed to these farmers, he added.

Not the first case

There are rising farmers’ complaints related to poor seeds.

In January this year, watermelon farmers told The New Times that they are seeking compensation after planting what have turned out to be fake seeds supplied by a Kenyan firm — Kenya Seed Rwanda Ltd.

Normally, watermelon is harvested after 90 days. But to the farmers’ surprise in Bugesera, even 80 days after planting, the seeds had not flowered.

To address the watermelon seeds issue, Bucagu said they ordered the company to compensate farmers and carry out further research on the causes.

Other recent examples include farmers who, in 2019, planted soya on over 50 hectares in Huye District and failed to yield.

In 2017 some farmers in Rusizi District incurred losses due to substandard maize seeds.

Local production of maize seeds aims to phase out imports of seed and save between Rwf4 billion and Rwf6 billion annually spent on importing maize, wheat and Soya seeds.

In October last year during the agricultural season A, the subsidy rate was reduced for imported seeds so as to increase uptake of locally produced seeds which were set to produce a minimum of four tonnes per hectare and the maximum is over eight tonnes per hectare.