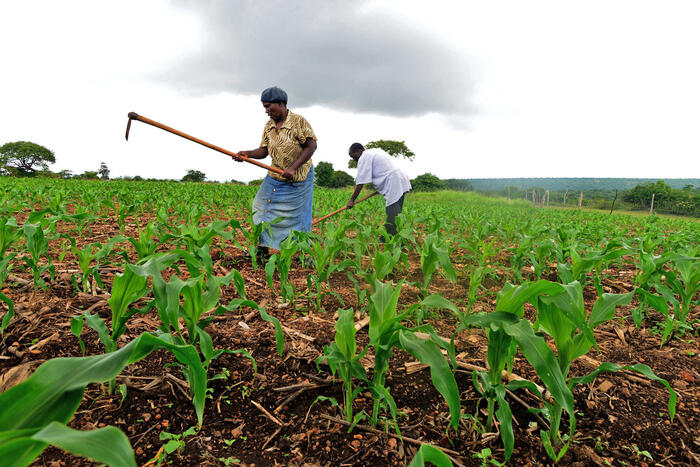 Kaduna State COVID-19 Action Recovery and Economic Stimulus Programme (KD-CARES) has begun the distribution of agricultural inputs to 4,882 poor and vulnerable farmers across the state.

The Programme Coordinator, Mr Badamasi Musa, told the News Agency of Nigeria in Kaduna on Saturday that the support was under Result Area 2 (RA 2) of the programme.

Musa explained that the RA 2 was designed to increase food production, food security and safe functioning of food supply chains in the state, being implemented by the FADAMA programme under the Ministry of Agriculture.

He said that the programme was designed by the Federal Government to alleviate the suffering inflicted on the poor, vulnerable and economically devastated farmers due to COVID-19.

He added that a total of 16,640 poor and vulnerable farmers across the state, would benefit under the result area, designed to uplift their means of livelihood, and lift them out of poverty.

“No fewer than 7,580 poor and vulnerable famers will also benefit agricultural assets for production and mitigation of food loss and waste,” he said.

The coordinator said that the distribution commenced with 280 maize and rice farmers in Sabon Gari and Makarfi Local Government Areas of the state on Friday.

He said that each maize farmer received 10 kilograms of maize seed, four bags of 50 kilograms of fertilizer consisting of three bags of NPK fertiliser and one bag of urea.

He added that each of the maize farmers also received agro chemicals consisting of two litres of pre-emergence and post-emergence herbicides and a litre of insecticide.

He also said that each rice farmer received 25 kilograms of seed, three bags of 50-kilogram fertilizers – two NPK and one Urea, as well as two litres of herbicides and two litres of insecticides.

The Head of the Fadama, Malam Balarabe Umar, said that the beneficiaries were selected based on their record as active farmers through famer’s screening and validation.

Umar urged the beneficiaries to judiciously use the inputs in their farms, reminding them that the purpose was to support poor households to improve their agricultural productivity for consumption.

“This in the long run will impact on agricultural security in the state,” he said.

He warned against selling the inputs and advised them to record all farming activities in the Farmer Record Book provided to document good agricultural practices.

“This is very critical because we will follow up with the beneficiaries to monitor and evaluate their activities and utilisation of the inputs support,” he said.

NAN reports that no fewer than 49,669 poor and vulnerable and 2,787 Micro, Small and Medium Enterprises (MSMEs) will benefit from the KD-CARES programme in Kaduna State.

Are Kenya’s cotton farmers being sacrificed in war against GMOs?