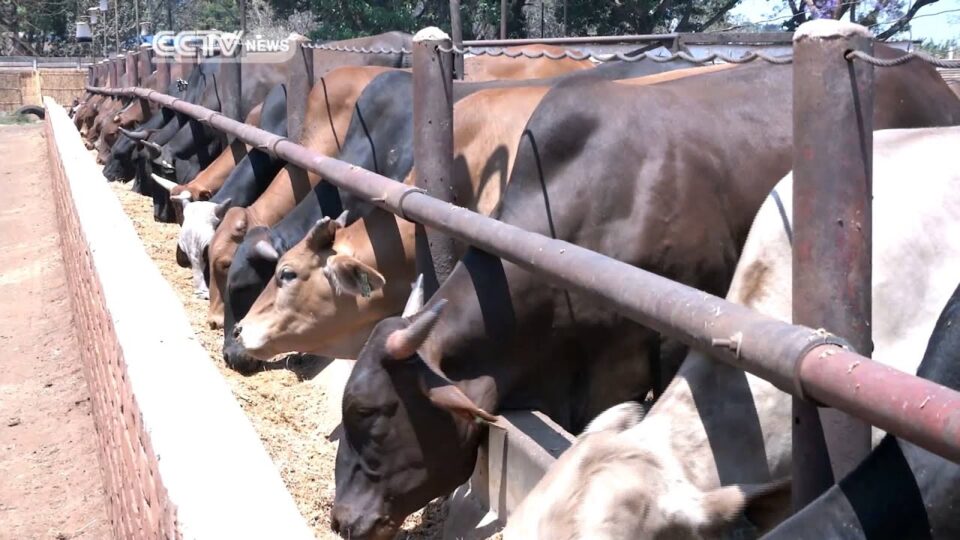 THE Zimbabwe Agricultural Growth Programme-Beef Enterprises Strengthening and Transformation (ZAGP-BEST) project, which is funded by the European Union, has trained several beef farmers in Matabeleland North province to come up with supplementary feeding.

The EU is working with government to support small to medium-scale beef producers.

BEST project Livestock and livelihoods specialist Gift Chomuzinda told Southern Eye that the supplementary feeding programme was meant to alleviate deaths of livestock due to lack of stockfeed caused by drying of grazing land during the lean season.

“To alleviate cattle poverty deaths, we are encouraging farmers to formulate their on farm feeds through urea treatment of low-quality roughages such as maize stover, silage and dry feeds,” Chomuzinda said.

“Smallholder cattle herds are prone to poverty deaths during the dry season, as both feed quality and quantity are compromised in this period.

“Supplementary feeding becomes inevitable, yet the costs of commercial feeds are often a deterrent, and farmers stick to traditional practices of collecting crop residue and preserving it for future use as animal feed.”

Farmers are taught how to formulate their own stock feeds to supplement grass, which is often in short supply in arid areas such as Matabeleland during dry seasons.

Some of the farmers that have benefited from the BEST programme include Phineas Tshabalala (78) from Umguza district in Nyamandlovu ward 19, who said he had been losing cattle due to lack of pastures.

In fear of losing his cattle during the lean season, Tshabalala, who owns 86 heads of cattle, has been selling them to unscrupulous middlemen and butchery owners who offered low prices.

Umguza suffers from lack of grazing land and water, particularly during the dry season and cattle travel long distances in search of water.

“I realised the need to plan ahead of the dry season through preparing supplementary feeding and I have been capacitated by the BEST project.

“I have started applying what I learnt and have prepared my own stockfeed block using grinded maize stover, fodder grasses, acacia pods and molasses,” Tshabalala said.

He now wants to capacitate other local farmers through training so that they can also produce feed for their livestock.