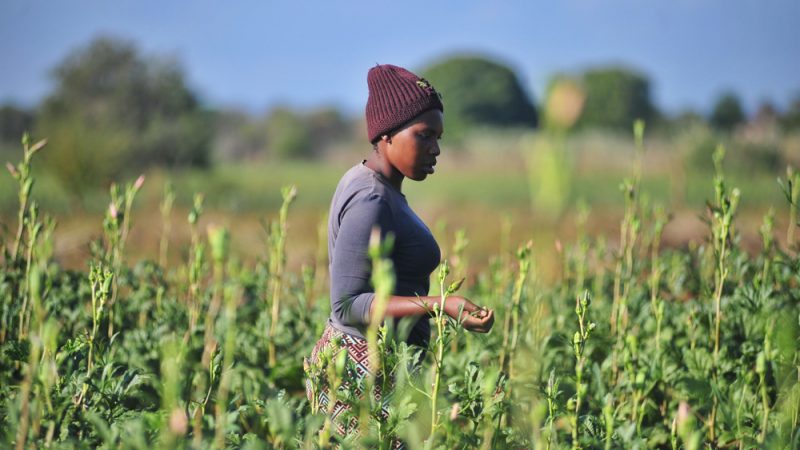 In the lead up to the sixth European Union – African Union Summit, small, rural farmers from umbrella organisations in Africa and Europe are calling for coherent policies that protect small-scale African and European agriculture. From climate issues to trade, Ibrahima Coulibaly, Morgan Ody and Sonia Vidal call for future relations to be built on mutual respect and societal needs.

Ibrahima Coulibaly is President of the Network of Farmers’ and Agricultural Producers’ Organisations of West Africa (ROPPA), and Morgan Ody, and Sonia Vidal are members of the coordinating committee for European Coordination Via Campesina.

The sixth European Union – African Union Summit will be held in Brussels on 17-18 February. On this occasion, as peasant farmers in Africa and Europe, we jointly express the urgent need to rebuild food sovereignty on our two continents.

Today, people in Europe and Africa are still fed by peasant and family farming. Our small and medium-sized farms create jobs and provide a living for rural areas.

When scientists agree on the urgency of a global agroecological transition to respond to the climate crisis and the collapse of biodiversity, it should be a shared priority to maintain large numbers of farmers practising diversified agriculture in all territories.

However, for decades, deregulation policies and the opening of agricultural markets have weakened our farms.

Subjected to competition from low-cost imports, local agricultural production is being undermined to the point where many farmers are abandoning their farming activity.

The liberalisation of investments opens the door to massive land and water grabbing by multinational organisations or hedge funds against small producers.

Instead of supporting young people who would like to settle in the profession, governments promote false technological solutions like GMOs, digitalisation or robotics.

The Economic Partnership Agreements between the European Union and the African Union countries are primarily responsible for this situation.

This is far from a balanced partnership. The interests of large European companies have systematically been prioritised over the interests of people and society.

The priority given to international trade over local production has led to a loss of food sovereignty, which could lead to serious food crises. The growing dependence on food imports in many African countries increases vulnerability to market volatility. Nor is Europe immune to major disruptions either, as the situation at the beginning of the COVID 19 pandemic showed.

When grain prices are soaring on the international markets, the memories of the 2008 crisis and the food riots of the time are still vivid, as is the painful observation that lessons have not been learned.

It is high time to rebuild relations between our two continents based on mutual respect and the interests of our peoples.

Cooperation between Africa and Europe must be rebuilt around food sovereignty, i.e. the right of peoples to protect their local agriculture and consequently ensure a dignified income for producers, the right to food for all and real support for an agroecological transition.