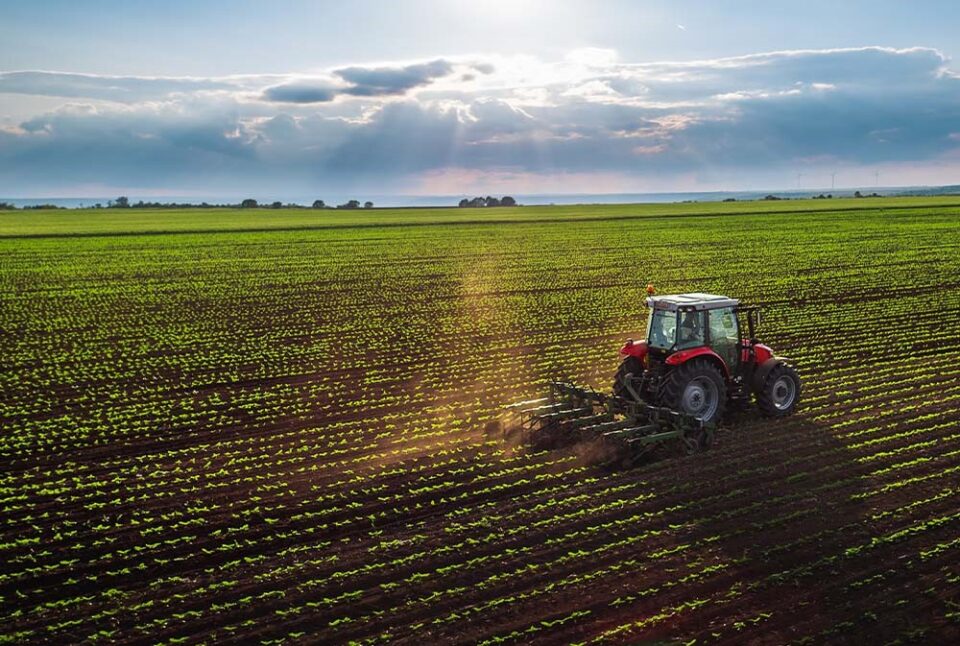 Tanzania has sought to promote investment in the country by creating an enabling business environment through strategic reforms in various strategic economic sectors, including agriculture.

Agriculture is the economic backbone of many developing countries. It contributes about 25 percent of GDP in low-income countries, and 80 percent of the extreme poor live in rural areas.

According to a World Bank survey, compared to other parts of the world, agriculture in sub-Saharan Africa faces the toughest regulatory challenges.

However, sub-Saharan African countries, including Tanzania, are striving to improve the business climate by undertaking reforms, and ensuring compliance with global economic requirements as recommended by international bodies.

Tanzania has made concerted efforts to promote investment by creating an enabling business environment through strategic reforms to ensure that regulatory hurdles are removed.

As reforms are ongoing in various countries, global agricultural production is expected to increase by 20 percent in the next decade as farming techniques become more efficient, according to the World Bank.

Mr Solomon Baregu, the Agri-Business Component Lead of the Business Enabling Environment Support (BEES) programme at the International Finance Corporation (IFC), notes that several challenges have been identified in the agriculture sector, including the process of importation and registration of different pesticides and agro-chemicals in Tanzania.

IFC, a member of the World Bank Group, is the largest global development institution focused on the private sector in developing countries, including Tanzania. It offers investment, advisory, and asset-management services to encourage private-sector development in less developed countries.

Mr Baregu has been leading the policy and regulatory reforms in agri-business, which were identified in the government’s Blueprint to Improve Business Environment in Tanzania through reduction of regulatory burdens and costs faced by businesses in complying with regulations.

The Blueprint therefore aims to unlock the challenging facing among business sectors, horticulture.

It also provides a guide to achieving the industrialisation dream of creating, in the shortest period possible, the required business-enabling environment where the government and the private sector work hand in hand in realising the dream.

That is why IFC and other development partners, including the Food and Agriculture Organisation (FAO) with the support of the European Union (EU), have been joining hands with the government to make sure that reforms are made for the sake of efficiency of the sector.

Mr Baregu reveals that since 2017, analyses of the national policy framework that governs the horticulture sector, including sector strategies, institutional frameworks and stakeholder mapping, have been conducted. The analyses, which were delivered to stakeholders on October 22-23, 2018, identified key areas of priority in addressing challenges facing the sector.

A comprehensive analysis of Tropical Pesticides Research Institute Act, 1979 and The Plant Protection Act, 1997 revealed the urgent need to streamline TPRI and the Plant Health Service unit in the Ministry of Agriculture in order to reduce duplication and costs borne by businesses.

In 2020, the government established the Tanzania Plant Health and Pesticides Authority (TPHPA), which replaced TPRI and PHS.

IFC in collaboration with other government authorities decided to review two bodies, the Tropical Pesticides Research Institute (TPRI) and Tanzania Plant Health and Pesticides Authority (TPHPA), which had duplicative roles as indicated in the Blueprint.

IFC, together with the Food and Agriculture Organization (FAO), has since then been supporting the government to put in place the instruments that will enable the authority to undertake day-to-day activities and regulate the sector.

He says that it has been a fruitful engagement with the government to make the reforms recommendation a reality, and once the regulations are endorsed, compliance costs borne by businesses in the agriculture value chain will be reduced by 15 percent.

Mr Mushobozi Baitani, who is FAO’s Plant Protection and Integrated Pest Management Specialist, says that their involvement in this programme through the “Strengthening Plant Health Services in Tanzania for Enhanced Food Safety” project is aimed at improving the control, quality and safety of import and export produce.

The aim, according to him, is to ensure that whatever agricultural commodity coming into Tanzania is free from the contamination of pests and pesticide residues.

He says in their research before the reforms, they noticed that Tanzania was denied market access of some produce like avocados in India, China and South Africa due to the so-called “quarantine pests”, which affected the quality of fruits because pest control was not properly institutionalised in the country. Mr Baitani adds that at FAO, there is the International Plant Protection Convention (IPPC), whose treaty bars the exportation of any agricultural commodity that will end up bringing concerns in any member country.

And Tanzania, being among 163 member countries that are party to the IPPC treaty, could therefore no longer export agricultural products because of that reason, but the issue had already been resolved because of two reasons, market access and European Union (EU) auditing results.

As reforms are in process, the FAO officials believe that the sector will open more opportunities for Tanzanian horticulture to prosper.

Mr Baitani says Tanzania therefore needed a strong institutionalised system to work on pesticide issues. This is the reason TPHPA into being in addition to the reform of other regulations meant to improve the business environment.

After the reform of the Plant Protection Act, 1998 to the Plant Health Act, 2020, it was able to establish TPHPA and perform other improvements, including the introduction of pest surveillance system that tracks consignments, and this enabled Tanzania to retain its market access to China and other countries.

The systematic approach is now in place to send consignments that are 100 percent safe to the international market.

The easy procedure of registration for chemical of bio-pesticides has also been introduced to ensure smooth exportation of produce.

According to Mr Baitani, all the border posts will also be upgraded as mini labs are being rehabilitated and diagnosis equipment put in place.

Also, local laboratories have been accredited to check for pest residues right here in the country at affordable charges before produce (consignments) is sent to other countries.

Export, are therefore expected to increase steadily from 30 percent to 60 percent after the end of the Plant health project, he says.

Ms Farida Mfinanga of Twino Enterprises Limited, which sells agricultural inputs, says that the establishment of TPHPA opens up a new chapter in the exportation and management of pesticides in the country.

This, according to her, ensures quality assurance as farmers use proper ingredients to get the best produce because TPHPA conducts regular inspection of pesticides in stores and controls at borders.

“We no longer expect fake pesticides or those that are past their expiry dates,” she says.

And this guarantees investors and exporters control of the horticultural value chain from the farm and all the way to the market.

Mr Shridhar Chaudhary, an exporter for Moonlight  Tanzania Limited, says decided to come and invest in Tanzania’s horticultural sector because of a conducive environment that resulted from ongoing reforms, among other factors. What he mostly considers is that his produce reaches the European market fresh, thanks to the cold storage facilities he has invested in.

“I have been enjoying investing in Tanzania since I came here last year from Ghana where I invested in 3,000 hectares of maize for export.”

Mr Chaudhary says working with TPHPA has been much easier for him, and through the user-friendly of  Agriculture Trade Management Information System (ATMIS), his exportation process has been much easier whereby he can export 60 to 70 tonnes of horticultural produce every week, using between 12-14 days to reach the European market .

He says the Tanzania Horticulture Association (Taha) has connected him with hard working farmers who help him to produce, among other crops, Yard long beans, Chinese Bitten Melon and Habanero, for export to Europe.

He says should the reforms be fully implemented, Tanzania will be a much better place to invest in, and he will do business here for the rest of his life.

The impact of Covid-19 on South Africa’s agriculture economy