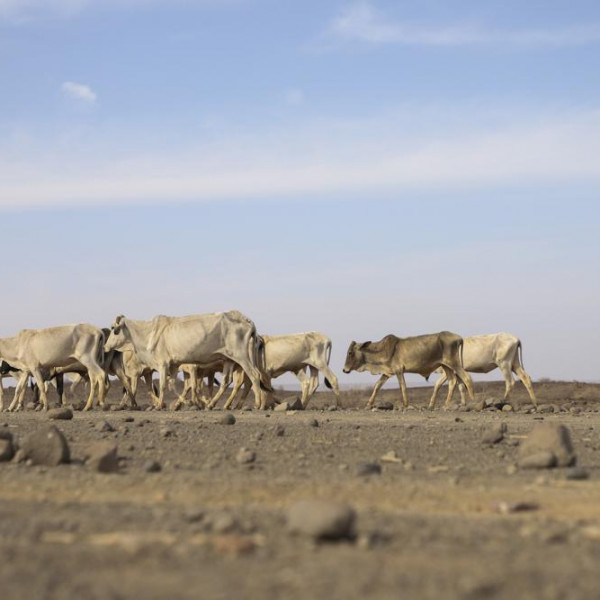 The United Nations World Food Programme (WFP) on Friday warned that the ongoing drought condition in the Horn of Africa (HOA) will worsen over July-September dry period.

“Over the July-September dry period, the drought condition will worsen given the inadequate recovery during the March-May rainfall season and prevailing warmer-than-normal air temperatures,” the WFP warned in its drought outlook for the second half of 2022.

It said the combined effect of drought and other shocks have worsened the food security and malnutrition situation across the affected areas, with an estimated 18.4 million to 19.3 million people facing severe food insecurity due to drought and with likely deterioration over the July-September season.

The WFP said the significantly below-average March-May rainfall season marked the fourth consecutive poor season since late 2020 and the most severe in 70 years in many areas of Ethiopia, Kenya, and Somalia.

“The exceptionally long drought, amplified by warmer-than-normal temperatures, has devastated livelihoods and debilitated livestock herds, crops and vegetation, water availability, household incomes, and increased displacement,” it said, noting at least 7 million livestock depended upon by households for sustenance and livelihoods have died in Kenya, Ethiopia and Somalia.

According to the WFP, some 6.5 million children are projected to suffer from acute malnutrition, of which 1.8 million are children with severe wasting in Kenya, Somalia, and Ethiopia.

It also underscored that areas of greatest concern are those at risk of famine in Somalia where the situation might quickly deteriorate if seasonal harvests fail, market prices continue rising, and humanitarian response is inadequate to cater to the rising needs; and in Mandera, Kenya and Bay region, Somalia where malnutrition levels have exceeded the critical levels.

It predicted that the 2022 crop harvests in drought-affected areas will be below-average, resulting in rising market demand despite reduced supply.

Pastoralists will continue to face widespread livestock deaths, little to no milk production, and poor livestock-to-cereal terms of trade, it said.

The drought spanning over two years will have devastating and long-lasting impacts on societies through disrupted livelihoods, eroded assets, magnified food insecurity and malnutrition, and extensive environmental impacts that will take a long time to recover from, the WFP warned.

The WFP estimated the number of food-insecure due to the drought to increase from the current 18 million – 19 million to at least 22 million by end of the year. “In the absence of a marked increase in assistance and aid programs, it is expected that the numbers of food insecure that have been climbing steadily will continue to do so.”