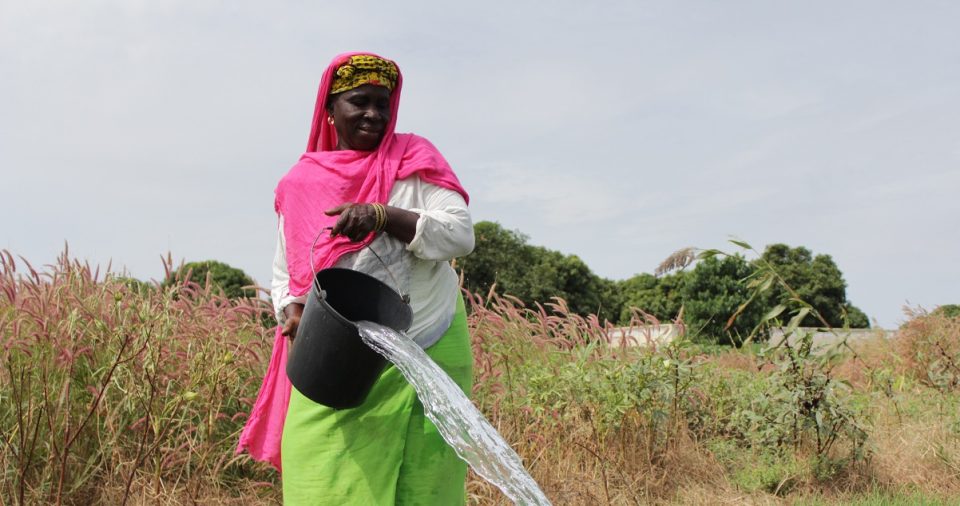 According to the State House of The Gambia, President Adama Barrow Thursday, June 16th, received Mr. Donald Brown, Associate Vice President of the International Fund for Agricultural Development (IFAD), at the State House in Banjul. Mr. Brown was in Banjul to meet with partners in the agriculture sector.

Following his meeting with President Barrow, Mr. Brown said IFAD’s projects in The Gambia, such as the ROOTS value chain project, will help increase food production in the country and ensure national food security in the long run.

The IFAD official referenced the impact the war in Ukraine has on global food security, and the priorities countries have placed on producing enough food for themselves to be able to support their populations.

“So overall, we are looking to help with that national food security in countries like The Gambia,” Mr. Brown asserted.

The minister of Agriculture, Honourable Demba Sabally, stressed the importance of food availability and its linkages to national security. He said some of the issues discussed with IFAD are on revitalising rice production in Jahally-Pacharr as well as the availability of fertiliser to farmers in the country.

Honourable Sabally stated that most of the farmers in Jahally-Pacharr are smallholder rice producers, arguing that the country needs a more dynamic agricultural land use policy to ensure food self-sufficiency.

He added that private investor in the agriculture industry could complement the processes to enhance food security.

On the availability of fertiliser to farmers, Minister Sabally said there are currently 14,000 metric tonnes available in all regions around the country.

In a separate engagement, President Adama Barrow presided over the swearing-in of two Permanent Secretaries and a Deputy Secretary to Cabinet at the State House in Banjul. Mr. Yankuba Saidy and Mrs. Roheyatou Kah took the various oaths of office as Permanent Secretaries at the Ministries of Information and Public Service, respectively, and Mr. Illo Jallow as Deputy Secretary to Cabinet before the start of Cabinet.