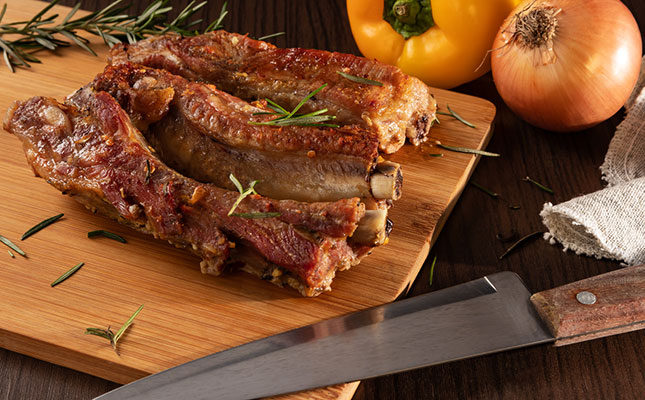 This was according to Johann Kotzé, CEO of the South African Pork Producers’ Organisation (SAPPO), who spoke during the organisation’s media day in December 2022.

Kotzé added that 2022 had been one of the worst years in the history of South Africa’s pork sector, “even more so than 2017/18 [during the listeriosis outbreak]”.

While the pork sector grew organically by 9% in 2022, it lost around 20 000 sows due to farmers exiting the sector. The main reason for this exodus was a combination of high feed prices and low farm-gate prices, Kotzé said.

“Over the seven-year period from 2015 to 2022, the average market price of pork increased by 10%, but in real terms it decreased by 24%, which highlights the all-time-low in profitability that pig producers experienced in 2022,” he added.

Christian Zimelka, head of consumer education at SAPPO, said now was “not the time to increase pork prices, as this will drive [already financially constrained] consumers away”.

“Instead, this is the time to inform consumers of the wonderful health and nutritional value of versatile [pork].”

He added that the public needed to know that pork offered “extreme value for money”.
“Unfortunately, though, there are still many myths surrounding pork consumption that need to be [debunked].”

He told Farmer’s Weekly that SAPPO had started an extensive marketing campaign in this regard at the end of 2022, which had already resulted in improved sales at targeted stores of as much as 40% month-on-month.

On the production side, Jolanda Andrag, chief operating officer at SAPPO, said a twofold sustainability strategy would be placed front and centre in 2023.

This plan would be based largely on SAPPO’s existing assurance scheme, Pork 360, as well as a sustainability framework that SAPPO and PwC Southern Africa had developed together.

“This was developed to identify the viable sustainability criteria that could satisfy the needs of financiers based on local and international systems applicable to the pork industry.

“SAPPO aligned the existing sustainability practices within Pork 360 with these standards and is now well positioned to continue discussions with industry role players and explore how a sustainability framework could be implemented in the industry,” Andrag said.

“South Africa has one of the five healthiest [commercially farmed] pig herds in the world,” he said, adding that SAPPO intended to keep it that way by continually improving biosecurity and monitoring border control.