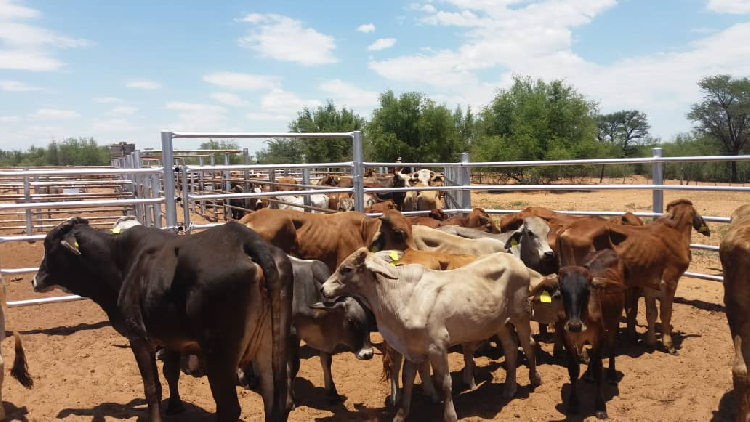 THE Directorate of VeterinaryServices under the Ministry of Agriculture, Water and Land Reform has eased the ban restricting the movement of cattle.

This resulted in farmers being allowed to move live cattle from the foot-and-mouth disease-free zone for direct slaughter within 72 hours upon arrival under the supervision of veterinary services.

The movement of live cattle within the disease-management areas (DMAs) for direct slaughter will be allowed provided that farmers present proof of vaccination against FMD for cattle moving from any of the crush pens or villages where FMD was reported.

The cattle are also required to have been vaccinated twice with a primary and booster vaccination within the last six months.

Only cattle tagged with official tags can be moved, and the cattle must be moved with an official veterinary movement permit.

Albertina Shilongo, chief veterinary officer in the agriculture ministry, in a press release said the cattle must be slaughtered within 72 hours upon arrival and under supervision of veterinary officials.

“Cattle can be moved at least 14 days after vaccination or cattle can be vaccinated after two or four days upon arrival at the area of destination. Farmers must inform veterinary services at least three days in advance about their intention to move cattle to better grazing areas with a permit,” she said.

Shilongo said the ban on the movement of live pigs from the FMD-free zone and within the DMAs for direct slaughter has been lifted, however, the animals must also be slaughtered within 72 hours and under veterinary supervision.

The movement of small stock from the FMD-free zone and within the DMAs for breeding and slaughter purposes is also allowed.

“Raw meat and other animal products from the FMD-free zone into and within the DMAs, the movement of sour milk into, within and out of the DMAs, and the movement of thatch grass from approved isolation facilities to the rest of the DMAs are allowed, and must be accompanied by a veterinary permit.

“The movement of firewood into and within the DMAs are allowed, provided that the firewood is physically free from animal dung or manure, and the ban on the movement of livestock fodder has also been lifted,” she said.

The movement of potentially infectious commodities out of DMAs, such as unpasteurised milk, untreated hides and skins, unprocessed trophies from all cloven-hoofed animals, livestock fodder, uncooked wild spinach and acacia pods remains as is.

Shilongo said the vaccination of cattle against FMD in the northern regions is still ongoing, and farmers are therefore urged to present all their cattle for vaccination whenever veterinary officials announce such.

The FMD outbreak was first detected on 28 September last year in the Kavango East region, and has subsequently spread to the Kavango West, Ohangwena, Oshikoto, and Oshana regions.

Poultry industry risks collapse due to shortage of maize – GAFA