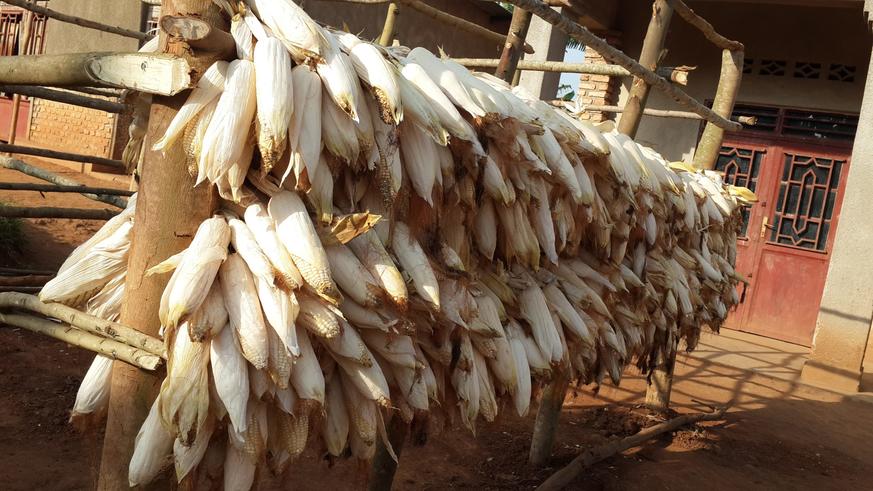 The recent decision by Kenya to suspend maize imports from Uganda and Tanzania has stirred public concern over the safety of some food that is produced in the region, particularly grains.

Last week, Kenya banned the importation of maize from both countries, saying the products contained high levels of aflatoxins.

Kenya’s Agriculture and Food Authority said that the products were not fit for human consumption.

“The recommended levels of aflatoxin are ten parts per billion but the imports indicate that the levels are at 2,000 parts per billion, which is lethal,” Kello Harsama, the Acting Director-General of the Agriculture and Food Authority (AFA), told the media last week.

According to the World Health Organisation (WHO), aflatoxins are poisonous substances produced by certain kinds of fungi (moulds) that are found naturally all over the world; they can contaminate food crops and pose a serious health threat to humans and livestock.

WHO estimates that aflatoxins pose a significant economic burden, causing an estimated 25 per cent or more of the world’s food crops to be destroyed annually.

The decision by Kenya comes at the time some local agro-processing firms have been resorting to importing some grains, saying that the ones produced in the country contain high levels of aflatoxins.

Moses Ndayisenga, the Supply Chain Manager at MINIMEX — one of the biggest maize processors in the country — told The New Times that while some locally produced maize meets tolerable levels of aflatoxins, some of it is rejected by major agro-processing firms because it is highly contaminated with aflatoxins.

“We do our best to get quality maize that complies with the recommended level of aflatoxins although this is costly,” he said.

Ndayisenga indicated that MINIMEX buys an average of over 15,000 tonnes of maize per year, pointing out that it purchased 18,900 tonnes in 2020 of which 27 per cent was imported.

In addition to the high levels of aflatoxins, a combination of low supply and the high cost of locally produced maize forces the company to turn to imports cater for its demand.

Illuminée Kamaraba, Post-harvest Management Division Manager at Rwanda Agriculture Board (RAB), said that a national study that was conducted in 2019 revealed that in Rwanda, the levels of aflatoxins ranged between 0 and 100.9 micrograms per kilogramme.

The highest mean aflatoxins level within districts was 13.75 micrograms per kilogramme.

“The study indicated that most of the levels of aflatoxins in maize in Rwanda are below regulated standard,” she said.

What needs to be done to address the issue?

Ndayisenga said that though there has been some improvement in addressing the issue, some challenges persist. Many smallholder farmers, he disclosed, are not in cooperatives and hence don’t have the ability to properly handle the produce.

“Grouping smallholder farmers in cooperatives so that they get enough crop production and post-harvest handling skills is one of the solutions to combatting aflatoxins,” he said.

While large agro-processing firms such as MINIMEX and Africa Improved Foods have complied with aflatoxin standards through testing and rejecting substandard maize, small-scale buyers lack the capacity to do the same.

This issue implies that maize that has aflatoxins that are beyond recommended safety limits end up in the local markets with low regulation enforcement, and it is subsequently consumed.

Meanwhile, speaking to The New Times, Evariste Tugirinshuti, the President of Maize Farmers’ Cooperatives Federation in Rwanda, said that farmers have put up a fight against aflatoxins.

He said that maize rejections have generally reduced thanks to efforts to tackle aflatoxins, such as drying shelters which are important in post-harvest handling through proper maize drying.

“There is a need to scale up efforts in setting up maize drying facilities because when the grains are effectively dried, they are not easily attacked by aflatoxins,” he said.

On strategies or efforts to address aflatoxin issue in crops, RAB’s Kamaraba cited awareness campaign and training for farmers and other actors in the value chain about aflatoxins and risk factors, for improved food safety and health status.

Others, she said, include increasing the number of post-harvest handling facilities across the country – noting that more than 600 drying shelters and 12 storages will be constructed in 2019/2020 fiscal year, as well as mechanising drying activities.

EuroTier 2021: Impacts of the coronavirus pandemic on livestock businesses in Africa