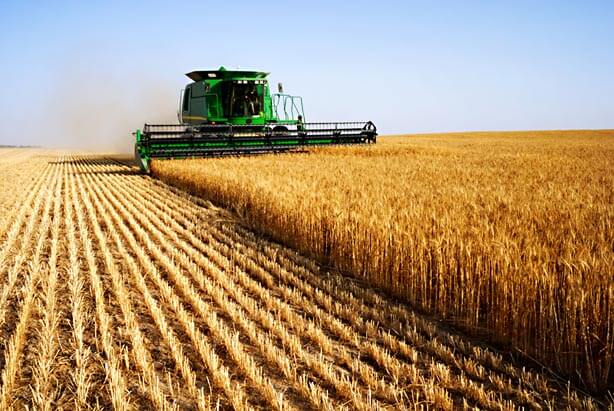 Prof Boga says there is a need for small-scale farmers to continuously improve their agricultural knowledge and skills in the wake of rapid changes in climate and weather patterns.

The PS attributed farmers’ continued dependence on the traditional and outmoded methods of farming for the country’s perennial food insecurity.

He encouraged farmers to equip themselves with new farming techniques and practices to increase crop production.

KCEP-CRAL aims to reduce rural poverty and food insecurity among smallholders in Kenya’s arid and semi-arid lands by developing their economic potential, while improving their natural resource management capacity and resilience to climate change in an increasingly fragile ecosystem.

“Modern agricultural technologies would boost the country’s fight against food insecurity and encourage agribusiness,” he said.The PS also encouraged the farmers to engage in agro-business as it will in the long run help them boost their agricultural livelihoods.

He said by embracing modern farming techniques and adapting to climate change farmers would be able to ensure food and nutrition security is attained as stipulated in the Big Four Agenda.

“To this end we encourage smallholder framers to embrace agricultural insurance to insulate themselves against financial risks posed by weather unpredictability,” he said adding that it strengthens the resilience of smallholder farmers against climate change.

Prof Boga said by improving the quality of their produce, farmers would realise improved quality of life and contribute to socio-economic growth.

The PS at the same time said plans are afoot to launch a new high yielding and fast maturing coconut variety for coastal farmers.

“The new dwarf variety which matures faster than the conventional tall coconut tree is bound to change the fortunes of local farmers since it produces 300 nuts per year as opposed to the 50 nuts produced annually by the tall variety,” he said.

He said seed nuts were brought into Kenya from India and planted in a quarantine site under supervision at the Kenya Agricultural and Livestock Research Organisation (KALRO) Matuga in Kwale County.

“We have quarantined the imported coconut seedlings in special nurseries to ensure they are free from pests or diseases,” he said.

Prof Boga said some have germinated and are ready for transplanting to open quarantine at the research station while others shall be distributed to selected farmers in Taita Taveta, Kwale and Kilifi Counties.

“The hybrid coconut is characterised by high yields and faster maturity compared to the older variety. The 1st phase of the planting will be in Taita Taveta, Kilifi and Kwale counties,” he said.

The PS also said efforts to revive the cashew nut farming in the coastal is on course.

“We are keen to revive the once thriving high quality cashew nut industry that collapsed more than two decades ago,” he observed.

Nyamasyo said that the county has tried to alleviate the dry land areas like Kinango and Lunga Lunga sub-counties by establishing multimillion shilling water dam projects.

Some of the dams include Nyalani, Mwakalanga, Kizingo, Mkanda and Dziweni stimulating agricultural activities with local farmers becoming resilient to hunger and poverty.

She said the water has promoted irrigation farming and livestock keeping in various parts of the region.

Nyamasyo said farmers received free seeds and fertilisers from the county government after learning modern farming techniques from agricultural extension officers and expressed hope that the area will soon be food sufficient.

“Farmers have been receiving agronomic best practices including appropriate planting techniques such as early planting, plant spacing and proper weeding,’’ she said.

“For example previously local farmers used to harvest 5 bags of maize per acre but now they harvest 8 bags from the same acreage” she said.

The Agriculture Executive said in order to make agricultural production more sustainable in the region the county government is planning to venture into irrigated crop production.

“The use of certified high yielding seeds, access to modern farming methods and financing local farmers has seen Kwale’s food growth rise significantly” she said adding that the county has been enabling farmers in the region to access training on best farming practices and gain access to improved seed and fertilizers.

She said, ‘as a county we want to explore small-scale irrigated agriculture for enhanced food security through tapping into the waters of rivers and dams’.

She challenged farmers to diversify their farming activities by embracing drought resistant crops like sorghum, millet, cowpeas and green grams which do well under erratic rainfall.