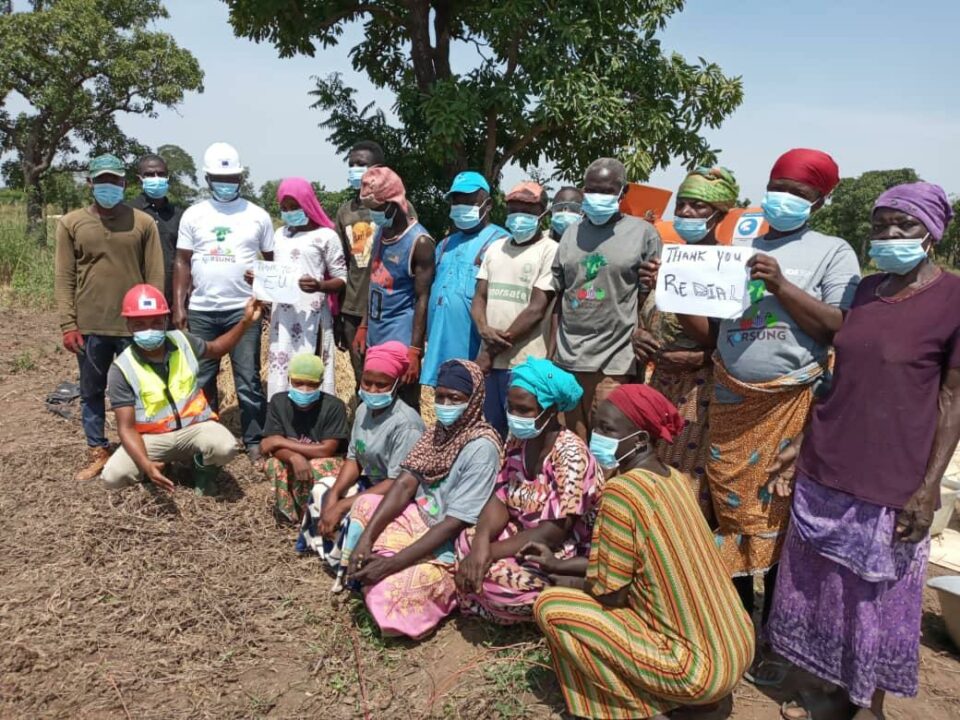 Women farmers in Korsung have expressed gratitude to the European Union (EU) funded Research for Development, Innovation Agriculture and Learning (ReDIAL) Project to address the problem of postharvest losses.

The Korsung womens’ group of Sunsong and Gbinba within the Yendi Municipality are mostly into the cultivation of soya beans but often experienced post-harvest losses due to the non-availability of threshing technologies.

The ReDIAL project is thus, providing the women farmers with access to a multi-crop thresher to minimise the losses they experienced with manual threshing of grains.

This, the farmers said had brought relief to them.

The project is being implemented by Friends of the Nation (FoN), Tropenbos Ghana (TBG), and Faculty of Renewable Natural Resources of the Kwame Nkrumah University of Science and Technology (FRNR-KNUST) in Kumasi.

Hitherto, many smallholder farmers, including women farmers in the Region encountered post-harvest losses because they did not have access to farm machines to thresh their grains after harvesting.

Some of the farmers lose most or all of their produce to sporadic bush fires on their farms.

Mr Kyei Yamoah, Project Manager of FoN who disclosed this to the GNA after touring the project site said women farmers who harvested their produce this year have been threshed successfully by the ReDIAL

In the 2020 farming season, the women farmers could not have access to mechanical threshing service, so they had to thresh their produce manually because it was difficult to bear the cost of labour.

Some farmers also lost their produce to fire outbreaks because they could not have access to a thresher while they could also not afford the cost of the manual threshing.

This year, the Korsung women farmers harvested about 20 acres of soya farmland and were challenged to thresh them.

However, “the ReDIAL project swiftly supported them and threshed their soya beans with the multi-crop thresher technology for free.

This is a big relief to the women farmers and the impact of the ReDIAL project was being felt among many farmers in the project zones’, My Kyei Yamoah added.