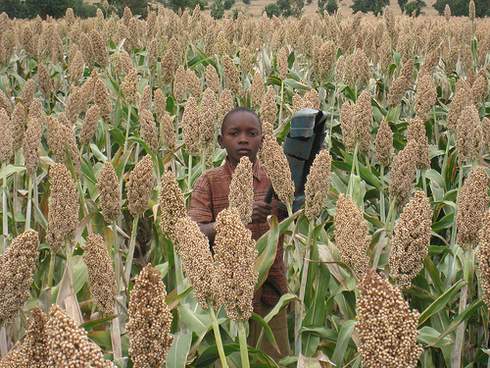 ZNFU president Jervis Zimba said the farming community was elated with the Head of State’s inclination towards protecting farmers if they increase their production.

Zimba said recently President Edgar Lungu made a pronouncement that he would not allow the importation of agricultural produce that the country is self-sufficient in.

He said ZNFU had noted that considerable effort by the farming community had been made to produce more produce like onions and potatoes.

“We want to reiterate that Zambia is capable of growing many commodities with the right policy incentives as the one announced by the Head of State,” he said in a statement. “Such bold decisions by government must be supported as there is no doubt of the positive impact this move will have on the commodity value chains targeted as this safeguards production capacity of the country and stabilises incomes for all value chain actors.”

Zimba called on the Ministry of Agriculture and allied agencies to take the pronouncement as a strategy for all commodities the union had identified as areas farmers had the capacity to produce particularly in the fruit and vegetable sector.

“We must state outright that continued importation of commodities that can be produced competitively domestically erodes jobs locally, more so at a time when the country is seeking to attain developmental targets of stabilising exchange rate and creating jobs,” he said. “Reducing on importations will have a profound impact on easing deterioration of the local currency exchange rate and improve the balance of payments accounts. A stable exchange rate is a win as it favours us when importing critical inputs. Zambia has capacity to produce all its domestic food and manufacturing requirements.”

He said ZNFU was aware that production of certain commodities was limited by climatic conditions and seasonal fluctuations, as such, imports of those commodities must be a preserve of periods when there was lean supply which was to be determined by a broad stakeholder engagement process.

Zimba said Zambia was on a firm path of growth in the agriculture sector, which if coupled with sustained right policy incentives and business conducive environment would see a realisation of the potential that is sort after.