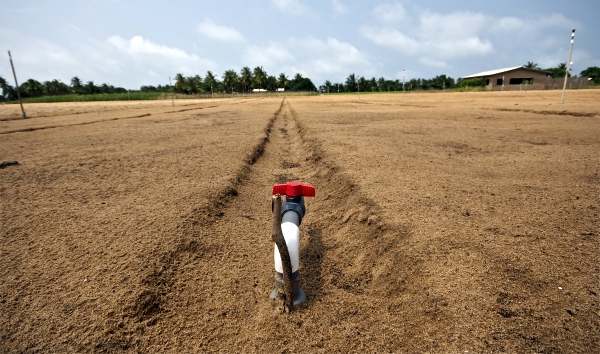 Tambuwal, represented by the Commissioner for Agriculture, Alhaji Arzika Tureta, made the call at the launch of the 2021 dry season rice production, sales and distribution of subsidized farm inputs in Sokoto.

He said that the state government has expended about N220 million to procure improved rice seedlings for distribution to genuine farmers across the 23 local governments in the state.

The governor said that other inputs include herbicides, Urea and NPK brand of fertilisers which were necessary requirements for dry season farming to ensure and encourage mass production of rice in the state.

Meanwhile, he urged farmers to prepare toward achieving food sufficiency.

The governor warned against diverting inputs to the market, noting that genuine farmers should appropriately take custody of the input being giving at subsidised rates.

”About 80 percent of our people are farmers who engage in crop and livestock farming occupation. We have a favourable climate for whatever kind of farming activity.

”We have been and will continue to be supportive to farmers through meaningful intervention schemes that will add value to farmers yields in return.

”I urge farmers in the state to avail themselves this rare opportunity to make the state a shining example in food production and security, ” Tambuwal said.

Earlier,  the Permanent Secretary in the Ministry of Agriculture, Mr Umar Wali said the state was blessed with abundant arable land given the crop variety it produced such as millet, Guinea corn, rice, onions, Beni seeds, beans and other food and vegetable crops.

Wali said that the 2021 dry season activities were a deliberate step to revive and sustain agricultural activities with a view to adding value for the benefit of farmers.

He appealed to benefitting farmers to judiciously utilise the inputs for better yield.

The event witnessed the symbolic presentation of the inputs to farmers from Kebbe, Wamakko and Wurno local government areas.