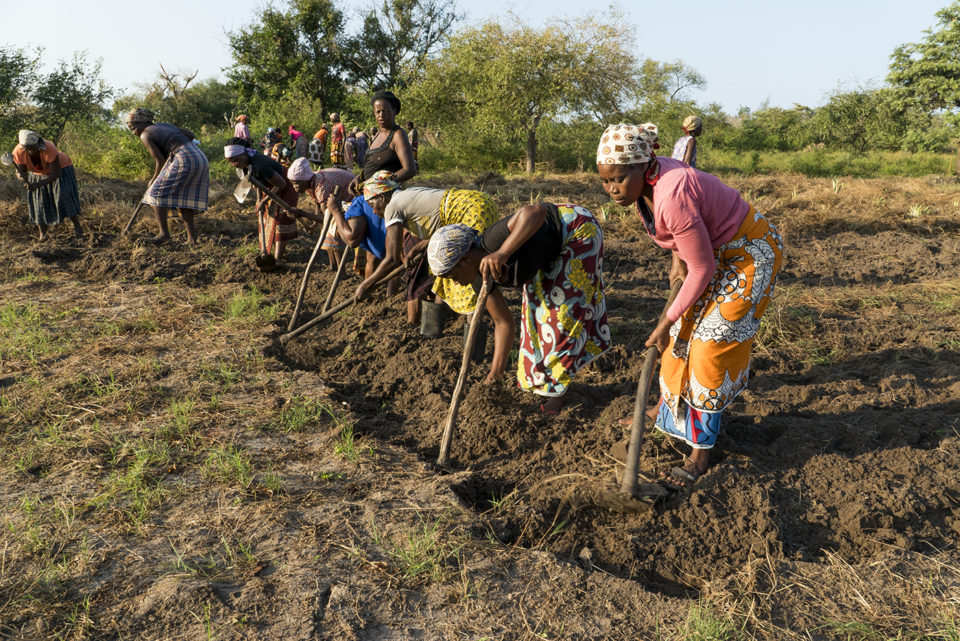 Though many agroecology promoters take a strict stance against the use of modern farming tools and technology, advocates in Ghana have signaled they’re open to a more inclusive approach.

“There are some misconceptions about agroecology that I would want to correct,” said Dr Charles Nyaaba, head of advocacy and programs at the Peasant Farmers Association of Ghana, one of the organizations promoting agroecology in the country.

If there was a definition — before we started promoting our own — which includes not scaling up our farming activities or confusing agroecology with organic farming, then that is not what we are seeking to promote.”

Nyaaba, who made his comments during an Alliance for Science (AfS) Live webinar, said that modern technological inventions, including synthetic fertilizers and pesticides, can be applied even in agroecological production, as long as the fundamental principle of protecting the environment is not violated.

“There is a clear distinction between agroecology farming and organic farming,” explained Nyaaba, who is also an agribusiness lecturer at the University of Energy and Natural Resources in Ghana.

“When you are starting to do [an] agroecology farm and there is dead soil, in that case you want to bring that dead soil back to life. What we do is we support that soil with minimal inorganic fertilizer. We don’t encourage the use of heavy machinery like tractors to overturn the soil and destroy soil structure, but we use rippers and other machineries for planting.”

His stance marks a departure from the approach promoted by the Food and Agricultural Organization (FAO), the Alliance for Food Sovereignty in Africa (AFSA) and international aid organizations like ActionAid and Oxfam, which have been promoting a narrower definition of agroecology as the future of agricultural production in Ethiopia, Uganda, Burkina Faso, Ghana, Senegal and other African countries.

The FAO defines agroecology as the application of ecological principles with the aim of protecting the environment. It ensures the sustainable renewal of the natural resources necessary for production like water, soil and biodiversity. And it makes sparing use of non-renewable resources.

By gradually eliminating the use of chemicals, it strives toward implementing organic farming, thus contributing to improving the health of farmers and consumers alike.

On its website, AFSA’s list of agroecology principles include championing small African family farming/production systems based on agroecological and indigenous approaches, resisting industrialization of African agriculture, emphasizing African-driven solutions to African problems, and rejecting the genetic engineering and privatization of living organisms.

Some Western academics and NGOs, including Pesticide Action Network, the Community Alliance for Global Justice and Regeneration International, are also pushing Africa to adopt a narrow definition of agroecology, to the exclusion of other forms of production.

Bernard Guri, executive director of the Center for Indigenous Knowledge and Organizational Development in Ghana, noted during the AfS Live webinar that agroecology is not anti-science, as portrayed by some opponents. “The agroecology movement is not saying science is not important… Agroecology is looking at indigenous knowledge.

But also looking at good scientific practices that we can bring into it, he said. “So, for example, we say we don’t accept pesticides but if we are in a pandemic situation, you should be able to use some specific pesticides to knock down [the pests]. But not to take it as a practice and then supply and use volumes of pesticides every day.”

Agroecology is evolving
Nyaaba added: “Just as conventional agriculture is evolving, we keep getting new technology in agroecology, too. Personally, my position on agroecology is not ideological. It is flexible. But what I recognize is that we need to protect our biodiversity and agroecosystems. So, any practices that do not compromise the agrobiodiversity and agroecosystem, I personally do not have any problem with that.”

Dr. Irene Egyir, an associate professor in the University of Ghana’s Agricultural Economics Department who has been a strong critic of agroecology, said the redefinition of the concept makes it worth embracing.

“When we did agroecology farming, when we said agroecology, we didn’t want to plough and use improved seeds. It was the frontier and conservation model. But if now the scope is changing and the typology is changing, then it is good. That is what I call climate smart agriculture,” she observed.

“For example, what agroecology cares about today is to minimize damage to the environment,” Mugwanya said. “What if I tell you about the GM crop that has been engineered to reduce pesticide application? If what agroecology cares about is farmers choosing what works for them, what if I told you there is a farmer in Uganda who is interested in the virus-resistant cassava variety which is genetically engineered? That is the conversation I want to hear, which is rooted in the contextual realties of what farming is in Africa.”

To date, anti-GMO activism has been at the core of agroecology movements in Africa. But the Ghana advocates indicated some receptivity to the improved seeds.

“In terms of GMOs, agroecology is talking about the ecology,” Nyaaba explained. “So, we don’t put more emphasis on GMOs or plant species. We think that modern methods of farming are encouraging GMOs to increase productivity because with our current land if you use indigenous seed, you won’t get the yield you are looking for.

But with agroecology, whether with GMOs or the indigenous seeds, without the fertilizer, you are still going to increase your yields. So, there is no need for you to spend money and try to bring seeds from elsewhere. That’s why our emphasis is not on GMOs.”

Guri has a more open position. “If that biotechnology is not working against nature and producing artificial things, it’s acceptable. But most of the biotechnology like GMO is about playing with genes and creating something. And we don’t know the long-term effects of those GMOs.

Farmers To Get Their Soils Tested At Farm Level