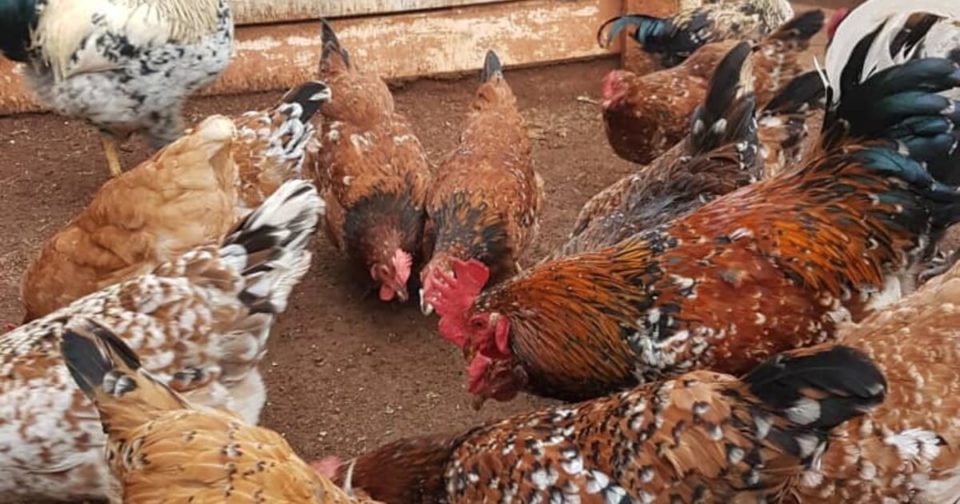 On a farm in Ruwa, in Mashonaland East Province, north-east of Harare, a clutch of chicks has just been delivered.

Some peck at one another, loitering around a warehouse which will soon become cramped as they grow.

Outside the shed, Mr Lawrence Saya opens stacks of bags containing the feed they will eat during their six-week-long lives. Mr Saya has been rearing chickens for a few years now.

Although he failed to get a formal job after completing his studies, he never lost hope. Instead he has taken advantage of Government youth empowerment programs which have contributed to him having a successful poultry business.

“Competition is stiff for work at large companies, and the positions youths are able to fill seem to decrease by the day. That is why I decided to venture into poultry farming,” said Mr Saya.

Youths have taken a few notes from him as he is one of the entrepreneurs of today who is fearlessly venturing in an empowering poultry business.

Encouraged by the impact they have seen, other youths from his community have started rearing poultry too.

Ms Chido Zimuto, is one of the youths who has been inspired by Mr Saya. She said although she has faced challenges in her poultry business, she is still managing.

“It has been challenging with the lockdowns we have been experiencing but with proper education I can manage to sustain my business,” said Ms Zimuto.

For Ms Zimuto, engaging in the poultry business has improved her life. Explaining her past she said: “I was poor and unemployed. When food prices in the market kept rising, I hardly had a choice to buy nutritious food for my siblings.”

After managing chickens she now has many reasons to smile.

“Because I raise the chickens I am in a position now to add eggs and meat to our plates and allow my siblings to grow well with adequate protein intake. I am also able to get some profits from the chickens that I sell. They enable me to send my siblings to school,” she said.

Outside of this community, more and more youths are opting to raise chickens as an economic activity. With more than a year being dominated by Covid-19, food insecurity and other challenges, Zimbabwe is increasingly becoming a place where youths are exploring the possibilities of rearing poultry.

Ms Lilian Moyo from Masvingo, is one youth who started keeping chickens during the pandemic after losing her job.

“I am part of a funded poultry project under the Ministry of Youth. During the Covid-19 pandemic, I lost my job, and so the poultry-rearing project provided occupational therapy, reducing stress and enhancing good health.

“I did not know where I would get income amid lockdowns to stop the spread of Covid-19. Now, I am benefiting from eggs and meat sold to restaurants and people in the community, and even manure, which is used in the production of organic crops,” she said.

One of the primary objectives of popularising poultry farming is to provide better income opportunities to youths from communities living in remote areas. Among its benefits is that it can help make youths economically and socially empowered and can address the issues of food insecurity and malnutrition.

Thousands of youths across Zimbabwe are now empowered through keeping chickens, which has become an important means of supplementary income. Poultry farming also plays a role in bringing socioeconomic improvement among the more vulnerable sections of society especially during this pandemic.

“Since the advent of Covid-19, many youths have been staying at home where they have taken up income-generating businesses and as a result demand for and the production of chickens has shot up,” said Dr Masuka.

“Covid-19 has induced opportunities for localisation of production and we have seen an upsurge in demand for a number of products inclusive of poultry. It is something that we are excited about and we think that it should be sustained.”

According to the Food and Agricultural Organisation (FAO) the importance of poultry on livelihoods and food security lies in the provision of meat, and eggs, while being a strategic household investment.

Poultry is also an important safety net in the event of a drought – it is easily disposable for cash when need arises or during droughts.

According to research, Zimbabwe’s poultry industry has shown massive growth since 2009. A range of sizes of units have sprung up everywhere – from the medium size units of 1 000 birds to massive industrial scale operations. Chickens are basically big business.

However, despite the rise in chicken demand over the years as a more affordable source of protein, the poultry industry in Zimbabwe still faces a number of challenges which the youths say include stiff competition from rising input costs of maize and soya meal and illegal imports being sold at sub-economic prices.

Ms Zimuto said lack of markets, high production costs necessitated by imported inputs such as soya and maize and competition from imported poultry are pushing small-scale producers out of business.

She added that while increased production might result in adequacy in poultry products locally, there is also a risk of saturating the market, which has resulted in farmers getting little or no returns from their investments.

These challenges have urged Government to have a youth bank which supports their ventures.

“I encourage youths to participate in programmes offered by the Government. I am glad that in Zimbabwe, we have a youth bank. The purpose of the bank is to support business ventures financially. I am so passionate about seeing youths prosper and develop sustainable poultry businesses that can surely create employment and grow the economy. A handful of youths are getting inspired by poultry farming and are setting up their own projects with the help of the bank,” said Mr Madhlayo.

Due to the fact that the country is in need of more youths involved in poultry farming, efforts of youth entrepreneurs in Zimbabwe have garnered private organisation and Government backing.

“We want young people to take the lead in defining and addressing the diverse challenges they face so that we support them to meet their social and economic needs. There are many businesses they can start for example, poultry farming. Youths, particularly young women, remain more likely to be unemployed than any other group in Zimbabwe so we want all youths to be empowered,” said Mr Brown.