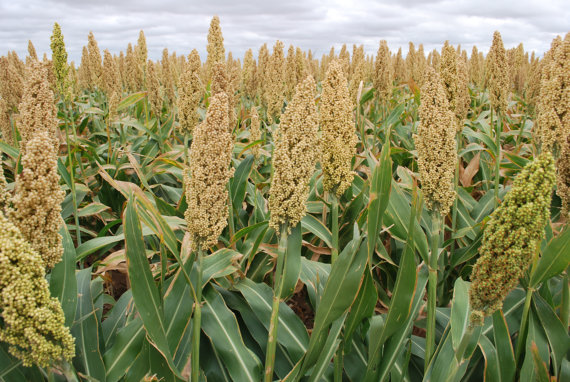 Kenya Breweries Limited (KBL) has set aside Sh1 billion to promote commercial production of a traditional sorghum variety that has been found as a suitable alternative for brewing Senator Keg beer brand.

The money will be used to provide seeds and buy sorghum in a bid to scale up the supply of the critical raw material. The brewer hopes to engage 15,000 farmers in Western Kenya.

According to KBL Western Regional Agribusiness Manager Eliud Kiptoo, the brewer is hoping to harvest over 10,000 tonnes of sorghum during the long rains which are expected to begin in mid-March next year.

The new variety of sorghum that was developed following a two-year research and crossbreeding with other varieties, has yielded to a crop that is resistant to pests and birds and is expected to give farmers good returns.

“With the new variety, farmers are now guaranteed to make harvests of at least 95 per cent of their produce,” he said.

Speaking after visiting farmers in Okana area at Ahero town on Thursday, KBL Managing Director John Musunga, exuded confidence that the new venture will be a big boost to the operations of the Sh15 billion refurbished Kisumu plant.

“Our aim is to improve income and food security among smallholder farmers and make a huge economic empowerment for the people of Western Kenya,” he said.

Other than providing a ready market for their yields, Mr Musunga said the investment will ensure food security in the entire region.

“Apart from being ideal for beer brewing, it is as nutritious as any other variety of sorghum,” he stated.

KBL field supervisor for Western Kenya Julius Kyalo pointed out that Kari mtama, Sila and Gadam sorghum varieties, which they initially relied on, reported losses of up to 40 per cent among farmers due to birds’ voracious appetite for the grains.

“Subsequently, this saw the withdrawal of over 5,000 farmers who were initially recruited to engage in the production of sorghum,” he said.

Mr Kiptoo said they have currently engaged 100 farmers in bulk production of the seeds in 120 acres of land in Homa Bay County.

“The seeds will be ready by January next year and will be distributed to farmers in Migori, Homa Bay, Kisumu, Siaya and Busia counties,” he said.

“We are going to buy the seeds from them and will provide a subsidy of 50 per cent to farmers who will buy from KBL,” said Mr Kiptoo.

Coming at a time when the sugarcane sector is facing a myriad of issues, the deal promises to provide a viable alternative for farmers from Western Kenya region.