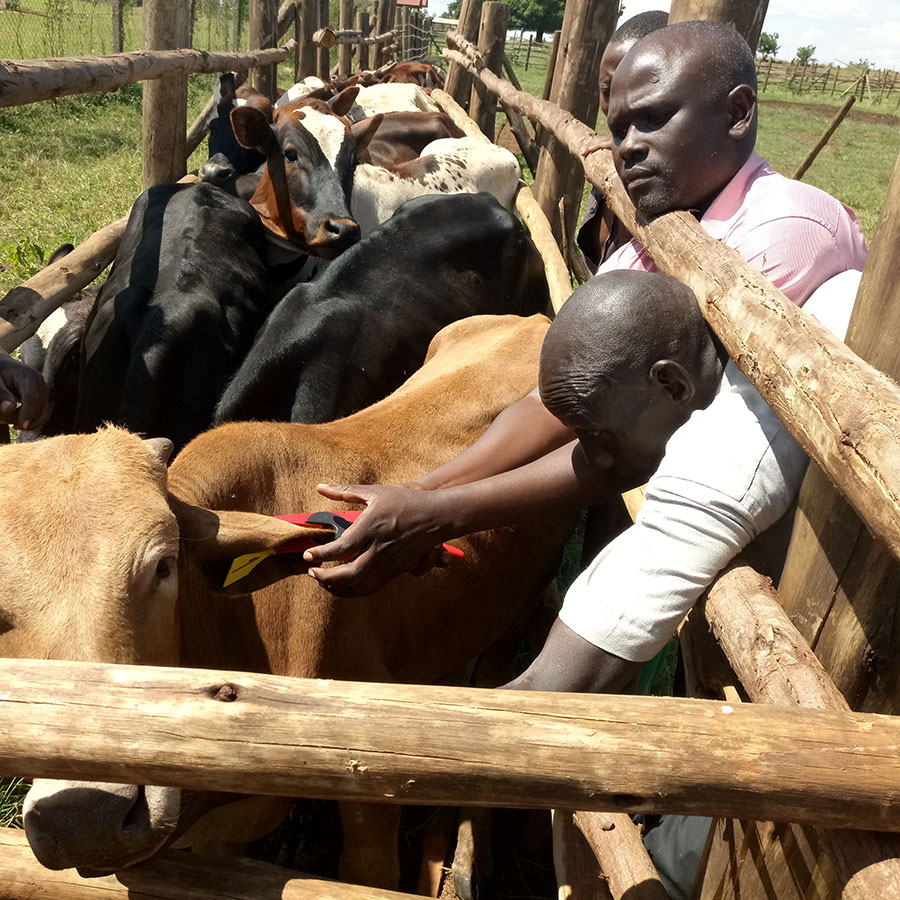 Cattle is the biggest source Protein for people living in UgandaIts production extends from the northeast to the southwest along what is known as the “cattle corridor”.

However, as in other tropical and subtropical regions of the world, Tick ​​infestation They significantly affect the health and production of livestock, with a negative impact on the economy and welfare of Ugandan livestock keepers.

On the other hand, to combat ticks and the diseases they transmit, it is common Use of chemical insecticides, which pollute the environment and to which tick resistance increases. Thus, vaccine research and biotechnology development are a priority in countries such as Uganda.

Scientists from the Health and Biotechnology Research Group (SaBio) at the Fishing Resources Research Institute (IREC – CSIC, UCLM, JCCM), in collaboration with the National Livestock Research Institute (NaLIRRI/NARO, Uganda) and the Basque Agricultural Research and Development Institute (Close), they have developed Vaccine formulation Which combines tick antigens and fungi antigens.

Specifically, Subolesin (SUB, also known as 4D8) is a tick antigen that has shown efficacy in vaccine formulations to control ectoparasites and infection/transmission of pathogens.

For its part, recent research conducted by the IREC SaBio Group in collaboration with Neiker, the Veterinary Health Surveillance Center (Visavit) of the Complutense University of Madrid and the University of Córdoba, among others, show that heat-inactivated (IV) fungal bacteria are potent activators of so-called non-specific ‘trained immunity’.

After some proofs of concept, the Researchers carried out in Uganda A controlled trial using an oral formulation combining SUB and inactivated mycobacteria (SUB + IV) to control cattle tick infestations. The efficacy of the SUB + IV (E) vaccine in the tick life cycle was compared with IV and SUB alone and with unvaccinated controls.

The maximum efficacy for controlling infestation with different ticks was for the combination SUB + IV (E > 95%). In addition, protection is also found using each of the products separately. Results of antibody titers and serum levels of biomarkers associated with protection confirmed the results and showed Activation of multiple immune mechanisms.

These results are derived from extensive collaboration between Grupo SaBio of IREC and NaLIRRI/NARO of Uganda, and contributed to the R&D projects MYCOTRAINING (SBPLY/19/180501/000174), of the Junta Regional Plan of the Junta de Castilla de La Mancha, and BIOGAL (PID2020-116761). GB-I00), from the National Research and Development Plan. The results of this work as a whole Support the application of oral vaccine formulations With SUB + IV for tick control in livestock to improve animal health and reduce reliance on tick pesticides, suggesting the potential use of combination oral vaccines for the concurrent control of various endemic diseases.

10 schools to benefit from farming training and seed bank