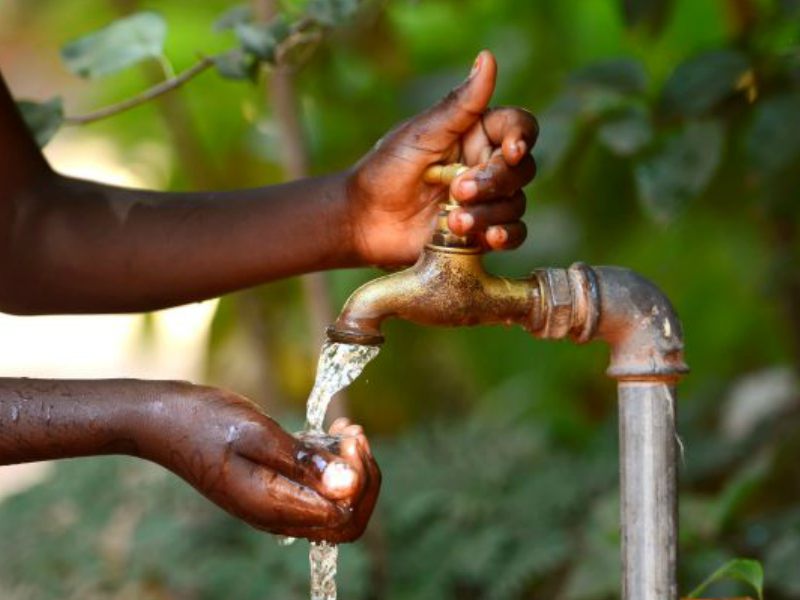 The government has committed at least N$8.31 billion over the next seven years towards the water sector programme.

The finance agreement is expected to be implemented over a period of four years, consisting of a loan amount not exceeding N$1.89 billion, and a rural water supply and sanitation initiative trust fund grant for the financing of the programme to an amount of 3 million euros, which at the current exchange rate amounts to N$51.7 million. In addition, KfW, the German Development Bank, has already provided N$870 million, with further possibilities to be agreed upon. Launching the Namibia Water Sector Support Programme last week, agriculture, water and land reform minister Calle Schlettwein said Namibia is a water-scarce country and has been dealing with national water needs, where the country experienced the worst drought in 50 years.

“Long drought spells in a country that suffers from water scarcity have affected the availability of water for industry and human consumption, and thus poses challenges to ensure water security. Climate change is a threat to the already water-stressed situation in the country, while other challenges include aged and inadequate bulk water infrastructure and the distribution networks in municipalities,” he added.

Although many Namibians, especially in remote areas, still do not have clean drinking water, Schlettwein said the government has the key responsibility to ensure that all Namibians have access to good quality water.  During July 2016, when Windhoek was on the verge of a serious water crisis, President Hage Geingob established the Cabinet Committee on Water Supply Security (CCWSS), supported by a technical committee.

The committee aimed to ensure water security in the country by identifying shortcomings in the water supply systems and drawing up appropriate water supply projects, as well as to investigate the long-term water requirements of the entire country in a phased approach.  “It is with satisfaction that we can record that timely interventions saved us from running dry in the northern and central parts of Namibia,” he noted.

In this regard, Schlettwein stressed the objective of the water sector support programme is to have sustainable supply of water, resulting in improved access to safe drinking water for human consumption and for industry use in the urban and rural centres in the central, central-northern, southern and eastern areas of Namibia.

This, he said, will be achieved by managing the available water resources in an integrated and sustainable way, and requires significant investments in water and sanitation infrastructure. Equally, he suggested that water must be affordable and therefore provided at the lowest possible price to consumers, adding that it is indeed Namibia’s most valuable resource and must be treated as such.

The main programme outcomes include increased and sustained access to improved water supply, increased access to improved sanitation in rural areas, and improved institutional capacity, sustainable management and utilisation of water resources. At the household level and by the programme’s completion date, it is expected that the interventions will have the overall benefit of improved water security countrywide as well as water supply and sanitation to about one million direct beneficiaries and 250,000 indirect beneficiaries, the majority of whom are women.

The programme aims to benefit mainly the urban and rural populations of Namibia in the Ohangwena, Kavango West, Kavango East, Oshikoto, Zambezi, Khomas, Oshana, Omaheke and Omusati regions, and other areas requiring urgent attention such as the Kunene and //Kharas regions, particularly those most vulnerable to drought and floods.

Schlettwein stated that special focus will be given to vulnerable households within the programme areas for improved sanitation facilities.

Thus, the minister believes the programme will contribute towards improving the quality of lives of the beneficiary population and increased agricultural production to boost national food self-sufficiency.