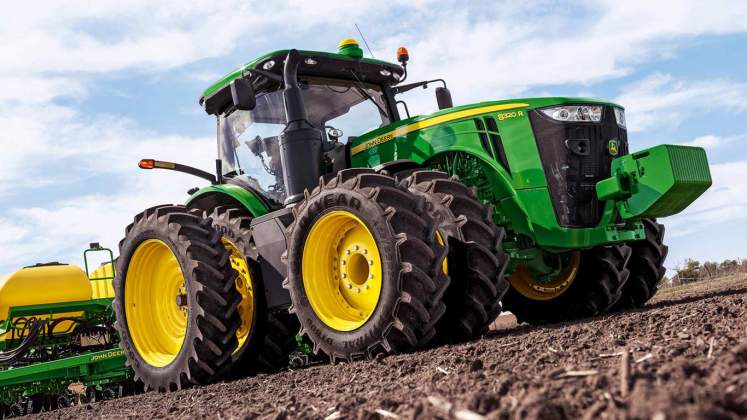 Government is working on improving lending terms of the Belarus and John Deere machinery and equipment for easier access by farmers.

The Belarus and John Deere mechanisation facilities were launched to boost agriculture production and contribute towards the attainment of food security.

The uptake has been slow especially for the Belarus facility as banks and the Ministry of Finance and Economic Development were still working on the lending terms.

Minister in charge of Monitoring the Implementation of Special Agriculture and Related Programmes Davis Marapira yesterday toured the Agriculture Institute of Engineering where the machinery is housed and said they were working on improving modalities to farmers can easily access the tractors and combine harvesters.

Minister Marapira said he was concerned that the 2021/22 summer cropping season was underway but the movement of machinery has remained low.

“There are some issues that need to be ironed between the Ministry of Finance and bankers. They are now finalising the issues.

“We are going to push them so that at least by end of August, all tractors are distributed to the farmers. If the machinery is distributed to farmers, will be able to harvest early and prepare for the next summer season early,” he said.

Minister Marapira commended President Mnangagwa for his vision on mechanisation to bring such important equipment to boost production and productivity.

“Looking at his 2030 vision, we create from agriculture. This is where the foundation starts. We are happy with what is happening at the institution and if we continue working hard, we will achieve the goal,” he said.

“We have tractors meant for commercial farmers being housed here and our main concern as the Office of the President and Cabinet, is the time frame for the distribution of the machinery. The 2021 summer cropping season has already started.

“Planting starts on September 15 for all those who are doing irrigation in terms of maize production. We would want to come in for winter wheat in 2022.”

He said it was also important for the Agriculture Institution of Engineering to be well funded and receive all the important support so that it continues offering the services it was established for.

He said the institution was key in the training of farmers and agricultural employees locally and regionally.

Head of Agriculture Institute of Engineering, Mr Tirivangani Koza said uptake had been high for the John Deere facility especially the combine harvesters that were used by farmers during last winter wheat cropping season and harvesting of the 2021 crops.

“Under the John Deere, we received 60 tractors, 75 horse power and 95 horsepower. We also received the first eight combine harvesters which have been assigned to AFC under the Special Purpose Vehicle for hiring out to farmers since last year’s winter wheat.

“The combine harvesters have also been used by farmers to harvest maize and soyabeans. For the tractors we allocated to farmers through CBZ, they pay a deposit of 15 percent for the tractors payable over three years. The tractors have been moving fast,” he said.

“These tractors are to be accessed through CBZ and AFC. Final arrangements are being made in terms of the lending terms. This is why the uptake has been slow. We expect that once the Ministry of Finance and banks have agreed on the lending terms with farmers, the machinery can be distributed quickly.

“We have a number of institutions also allocated tractors such as DDF, the Zimbabwe Prisons and Correctional Services (ZPCS), Zimbabwe Republic Police and research institutions among others, for use before the start of the season,” he said.