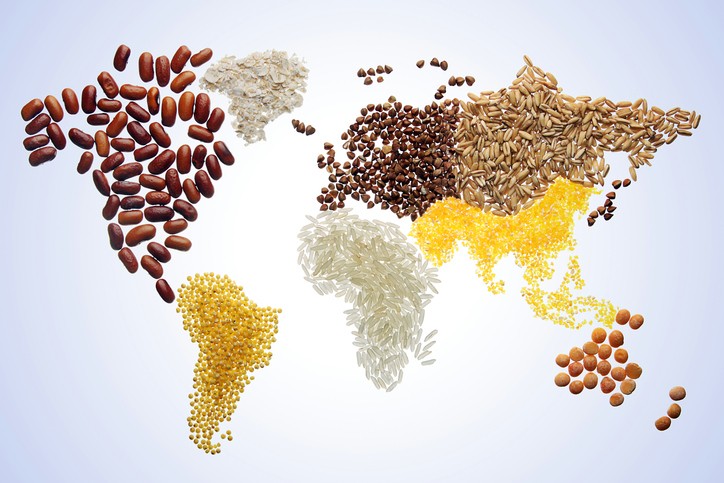 By geographic definition, Ethiopia is located in East Africa. It is landlocked in the Horn of Africa and shares borders with Eritrea, Djibouti and Somalia. With its long chequered history, Ethiopia is discussed from different and divergent perspectives including its geography, politics, economy and culture. Many politicians, academic experts and researchers also look at Ethiopia’s role within the region and its external relations on the global stage.

Ethiopia has been these several years in the news media. In May 1998, a border dispute with Eritrea led to the Eritrean–Ethiopian War, which lasted until June 2000 and cost both countries an estimated $1 million a day. This had a negative effect on Ethiopia’s economy, but strengthened the ruling coalition. Early November, Ethiopia and its ethnic the Tigray are desperately looking for a peace deal that sent them to South Africa.

For his efforts in ending the 20 year-long war between Ethiopia and Eritrea, Abiy Ahmed was awarded the Nobel prize for peace in 2019. After taking office in April 2018, 46-year-old Abiy released political prisoners, promised fair elections for 2019 and announced sweeping economic reforms.

With approximately 115 million population, majority is still impoverished despite its huge land and other natural resources. Within Ethiopia is a vast highland complex of mountains and dissected plateaus divided by the Great Rift Valley, which runs generally southwest to northeast and is surrounded by lowlands, steppes, or semi-desert. There is a great diversity of terrain with wide variations in climate, soils, natural vegetation and settlement patterns.

Ethiopia has 14 major rivers flowing from its highlands, including the Nile. It has the largest water reserves in Africa. As of 2012, hydroelectric plants represented around 88.2% of the total installed electricity generating capacity. The Grand Ethiopian Renaissance Dam project, when finally completed, it will provide surplus energy in Ethiopia which will be available for export to neighbouring countries.

Ethiopia is often considered as the birthplace of coffee which it produces more than any other nation on the continent. Coffee provides a livelihood for close to 15 million Ethiopians, 16% of the population and it generates $1.4 billion in revenues annually.

Ethiopian Airlines, wholly owned by the government, is the flagship of Ethiopia. It serves a network of 125 passenger destinations. Ethiopian is Africa’s largest airline in terms of passengers carried, destinations served, fleet size, and revenue.

Addis Ababa, the prestigious capital city of Ethiopia hosts the African Union headquarters and all foreign governments and international organizations are represented here. That compared, Moscow as a capital has modern infrastructure but lacks foreign representative organizations. Moscow is not New York or Washington and with the Russia-Ukraine crisis, most foreign organizations exited the city.

China is the largest developing country in the world, and Africa is the continent with the largest number of developing countries. That however, China is visible with its investment and financing infrastructure in Africa Six years ago, in January 2012, the African Union inaugurated its new headquarters in Addis Ababa, Ethiopia. The $200 million building was funded and largely built by China, even using building materials imported from China. In addition, the construction of the headquarters of the Africa Center for Disease Control and Prevention (Africa CDC) is a project assisted with $48 million by China.

By classification and from Russia’s perspectives for instance, Ethiopia is one of the poorest in need of food security and urgent humanitarian assistance. President Vladimir Putin reiterated free delivery of food to Africa’s poorest, referring to Ethiopia, Djibouti, Somalia and Sudan.

According to Turkish President Tayyip Erdogan, an agreement was reached with Russia on the supply of grain to poor countries in Africa. “First of all, the corridor will function for deliveries to the poor countries of Africa, in particular to Djibouti and Sudan,” he said.

Putin consistently makes passionate arguments for a shift from western hegemony, while Russia as an alternative that could support sustainable development especially in Africa. On the other hand, African leaders have to think seriously how to use their huge untapped resources for improving agricultural sector, raise agricultural production for impoverished millions.

Andrew Korybko, an American Moscow-based political analyst specializing in the relationship between the US strategy in Afro-Eurasia, wrote in October article to One World: “As Ethiopia attempts to reduce its dependence on foreign food aid, it must first seriously consider switching suppliers in order to not remain as vulnerable to the West’s possible weaponization of this aid during the interim. Russia has become an agricultural superpower in recent years, ironically enough largely due to its response to Western sanctions according to President Putin during his remarks at the latest Valdai Club plenary session. It should therefore have more than enough supply to meet Ethiopia’s needs.”

According to Korybko’s analysis, the Eurasian Great Power is incomparably more politically reliable than the West as evidenced by its support of Ethiopia during its ongoing anti-terrorist campaign in Tigray. The two countries even signed a military agreement over the summer which aims to revive their Soviet-era strategic partnership. From the Ethiopian perspective, it would be wise to rely more on Russian wheat imports – including through possible food aid – than on Western ones while it transitions towards sustainably ensuring its food security, which will take time.

But in a sharp contrast to above, why should African countries and leaders brace for grains imports and be struggling with rising food prices as a direct result of Russia-Ukraine crisis? In the national development context, this to a large extent are not questions of neo-colonialism, imperialism or Joe Biden administration. Ethiopia, Djibouti, Somalia and Sudan, and many others have get back to learn the advantages of pragmatic import substitution policies in basic Economics.

By the end of 2020, more than 200 Chinese companies had an investment stock of $1.11 billion in agricultural sector in 35 African countries. Their investments cover areas such as planting, breeding and processing. More than 350 types of African agricultural products can be traded with China. All this ensures steady growth in China-Africa agricultural trade.

Significant to note that during business conference held at the Atlantic Council’s Africa Center on April 22, African Development Bank Group President Dr. Akinwumi Adesina, speaking as a guest of the Washington, DC, US-based think tank, called for an increased sense of urgency amid what he described as a once-in-a-century convergence of global challenges for Africa, including a looming food crisis. The continent’s most vulnerable countries have been hit hardest by conflict, climate change and the pandemic, which upended economic and development progress in Africa.

Adesina suggested that Africa must rapidly expand its production to meet food security challenges. “My basic principle is that Africa should not be begging. We must solve our own challenges ourselves without depending on others…” he said.

In a similar argument and direction, the World Bank has also expressed worry over sub-Saharan Africa countries high expenditure on food imports, that could be produced locally using their vast uncultivated lands, and devastating impact on budgets due to rising external borrowing. According to the bank, it is crucial to increase the effectiveness of current resources to expanding and supporting local production especially in the sectors of agriculture and industry during this crucial period of Russia-Ukraine crisis.

With the above facts, African leaders have to demonstrate a higher level of commitment to tackling post-pandemic challenges and the Russia-Ukraine crisis that have created global economic instability and other related severe consequences. And this requires collaborative action, and much stronger pace of transformation to cater for the needs of the population over 1.3 billion in Africa.

In a wider context, as I have written multiple times about the food security especially in Africa, while a few outspoken African leaders shifted blames to Russia-Ukraine crisis, others focus on spending state budget to import food to calm rising discontent among the population, it is necessary to to redirect focus on improving local agricultural production. Some experts and international organizations have also expressed the fact that African leaders have to adopt import substitution mechanisms and use their financial resources on strengthening agricultural production systems.

Providing food assistance is commendable but will definitely offer the needed long-term food security. External investment in Africa’s agriculture is the best way to support Africa. China is doing its best, so also some European Union members. African leaders have to continue building production capacity, look for a more resilient agriculture and food systems as answers to national food requirements and needs. Some external states are readily assisting with long-term solutions.

Also of this $2.76 billion, USAID is programming $2 billion in emergency food security assistance over the next three months. Last August, the United States has provided nearly $1 billion specifically for countries in Africa, and further $2 billion commitment to Central African Republic, the Democratic Republic of the Congo, Ethiopia, Kenya, Mali, Mozambique, Nigeria, Somalia, South Sudan, and Uganda.

That compared, Russia’s Agro-Export Federal Center for Development of Agribusiness Exports in close partnership collaboration with Trust Technologies and the business expert community plans to earn (revenue) $33 billion through massive export of grains, meat poultry and other agricultural products to Africa.

According to Interfax News Agency and TASS reports, the plan remotely aims at marginalizing local production, cut out foreign contributions to support livelihoods through local production and make African leaders spend their hard earned revenue on food imports instead of supporting agricultural production. The business concept report says eight African countries have been identified and chose as target markets for the delivery of the agricultural products. These are Angola, Cameroon, Ethiopia, Ghana, Kenya, Mauritius, Nigeria, Tunisia and South Africa.

In a sharp contrast to food-importing African countries, Zimbabwe has increased wheat production especially during this crucial time of the current Russia-Ukraine crisis. This achievement was attributed to efforts in mobilizing local scientists to improve the crop’s production. Zimbabwe is an African country that has been under Western sanctions for 25 years, hindering imports of much-needed machinery and other inputs to drive agriculture, but now working towards food sufficiency in southern Africa.

Addressing food security in this changing geopolitical times should be the key in the 21st century for Africa. From the discussions above and various perspectives, African leaders have to focus, mobilize and redirect both human and financial resources toward increasing local production, the surest approach to attain sustainable food security for over 1.3 billion population in Africa, and this falls directly within the Agenda 2063 of the African Union.