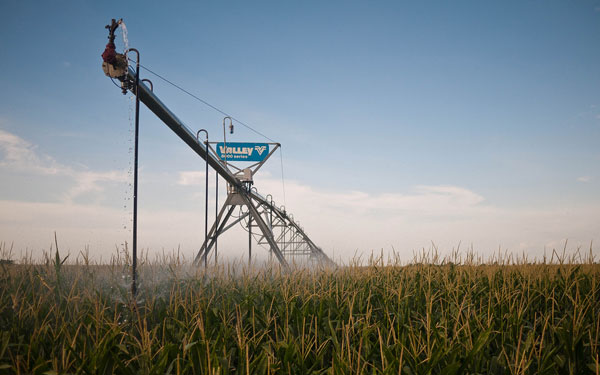 The Deputy Permanent Secretary in the Ministry of Agriculture, Prof Siza Tumbo, has said the government of Tanzania was working with diverse stakeholders in an effort to tackle climate change in the agriculture sector.

He assured that Tanzania was committed to ensuring an adequate quantity of affordable, nutritious food stored for the masses as the first mitigative measure against climate change.

Secondly, the nation is promoting irrigation farming to reduce reliance on rain-fed agriculture.

His comments come in the wake of the 26th United Nations (UN) Climate Change Conference of the Parties (COP26), in Glasgow, Scotland, in the UK, where it emerged that the climate change crisis, if not tackled urgently, would lead to food crisis across the globe. The conference started on1st November and ends on 12 November 2021.

At the onset of the COP26, President Samia Suluhu Hassan declared Tanzania’s commitment to implement measures to mitigate adverse climate change and challenged global powers to do their part in climate change financing.

Supporting the call to solve the climate change crisis, Prof Tumbo noted that after long-term research, Tanzania had identified some key issues that need to be addressed urgently. They include improving the farming system, greater adoption of mechanization, improving food storage and more outstanding provision of reliable weather forecast information for smallholder farmers.

To meet national goals of combating climate change, most smallholder farmers would have to transform into modern farming by adopting best practices, including interpreting weather data for planning planting and post-harvest management, Prof Tumbo noted.

While the government has always been committed to protecting water sources, higher uptake of irrigation farming was encouraged with water collected during rainfall, he said.

“We have a problem, and it is not lack of rainfall. The problem is that rainfall has become unpredictable,” Prof Tumbo noted. “We are calling on AGRA and other stakeholders to support irrigation agriculture as mitigation against climate change to ensure continued food security.”

For example, we have helped develop warehouses, introduced post-harvest technology, worked with government-owned institutions to develop seed varieties so as to increase agricultural productivity while protecting the environment and addressing climate change.

“In the delivery of our projects, a key component has been promoting good agricultural practices (GAPs) which include climate change mitigation,” he noted.

Over the years, AGRA has made investments in Tanzania agricultural research institutions to support their research and innovation to create more climate-resilient, low-emission technologies and practices.

According to COP26 UK Presidency, Tanzania is among the 45 countries that have pledged urgent action and investment to protect nature and shift to more sustainable farming methods. Tanzania supports Sustainable Agriculture Policy Action Agenda for the Transition to Sustainable Agriculture and Global Action Agenda for Innovation in Agriculture, alongside Australia, Uganda, Madagascar, India, Vietnam, Nigeria, Lesotho, Laos, Indonesia, Guinea, Ghana, Germany, and Philippines, among others, noted COP26 UK Presidency.

UK COP26 summit was a critical moment in the global efforts to tackle climate change and achieve net-zero greenhouse gas emissions by 2050.

Viable X: Pioneering the Next Generation Agribusiness in Nigeria