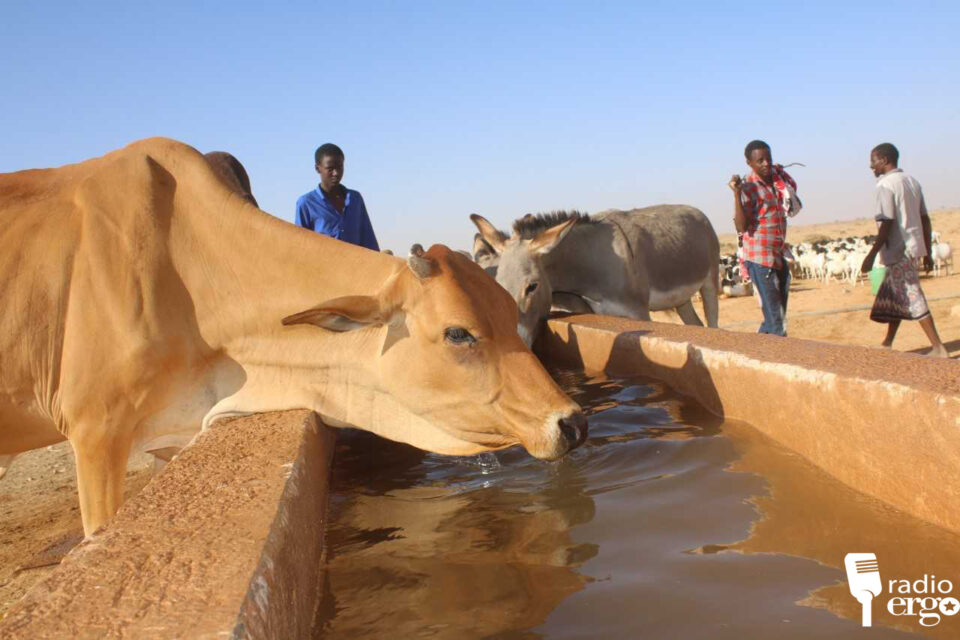 Trade in the livestock markets in the village of Bukadhabo in Ethiopia’s Somali region has stopped after a local woman died and 39 other villagers became sick from eating the meat of a camel infected with anthrax.

The authorities in Jarar zone sent a medical team to Bukadhabo on 30 October to examine the 39 sick people, who were hospitalised after eating the meat the previous day.

The coordinator of Jarar livestock development office, Mohamed Hudle Hussein, told Radio Ergo they had confirmed the cause as anthrax.  He said their laboratory team was carrying out tests to confirm the number of animals infected, but he stated that the disease was locally contained.

The family who owned the sick camel told Radio Ergo that 13 of their 45 camels are sick. The family explained that they slaughtered the camel for family use so as not to waste the meat. They shared the meat with the neighbours.

Although the camel had not been sold in the market, the incident has caused concern. Nobody has been buying animals at the market, leaving 30 livestock brokers in Bukadhabo out of work.

Mohamoud Dahir Abdi, 56, said he used to earn more than 10 dollars a day from brokerage but is struggling to put a single meal a day on the table for his 11 children. Not one animal has been sold since 29 October.

“What I was making bought us sugar, rice, vegetables, and other basic family needs. But now we have lost all that. The situation we are living in now can only be understood by someone who’s lost his lifeline job like me,” said Mohamoud, who is surviving on credit from a local store.

Livestock sold in Bukadhabo are normally bought by traders from Hargeisa in neighbouring Somaliland and from the town of Dhagaxbuur, some 100 kilometres southeast of the village. But orders from both places have stopped.

Mohamoud, who has worked as a livestock broker for nearly 20 years, said he has been going to the market every morning to check on business but coming home disappointed. Animals are still being brought to market but there are no buyers. He is considering moving to other villages to try for work.

“Today there were many goats in the market, there were also strong cows with a lot of meat by their physical appearance. But no one bought them, they were all returned back,” he said.

Deq Sheikh Yussuf, a pastoralist with a herd of 100 goats, has been trying to sell eight goats for days.

Deq was hoping to sell the eight goats to buy food for his family of seven, and also pay off his $70 debt that he took earlier in the year to buy clothes for his children.

Meanwhile, the livestock development office coordinator said the Somali Regional ministry of livestock is planning to vaccinate livestock in Jarar zone to prevent the spread of anthrax. He noted they have not decided on the exact number of the livestock they will target, although the vaccination drive is due to start by 20 November.