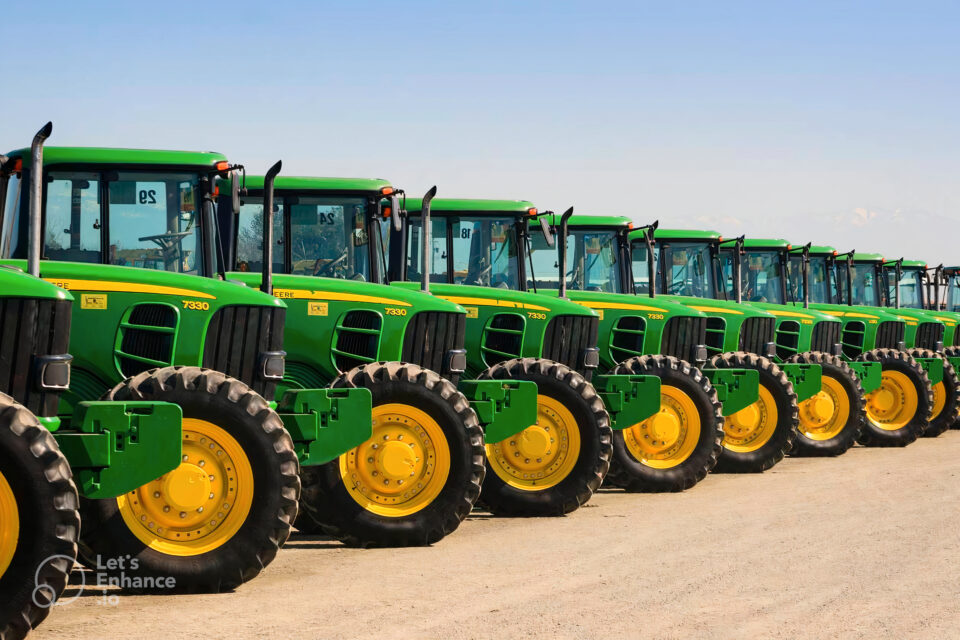 The level of Nigeria’s agricultural mechanisation is among the lowest globally.

This is according to the National Agricultural Technology and Innovation Policy 2022-2027, which was published on the website of the Ministry of Agriculture and Rural Development.

This is despite the $1.2bn Green Imperative Programme launched by the Federal Government about two years ago.

The policy document read in part, “The agricultural mechanization level in Nigeria is one of the lowest in the World. FMARD [Federal Ministry of Agriculture and Rural Development] indicated that Nigeria’s mechanisation is at 0.027 hp/hectare which is far from the FAO’s recommendation of 1.5 hp/hectare.”

In June 2020, the Minister of Information and Culture, Lai Mohammed, during a joint press conference with the former Minister of Agriculture and Rural Development, Sabo Nanono, disclosed that the Federal Government was set to implement a programme called Green Imperative, which it said would revolutionise agriculture in Nigeria.

Mohammed had said the programme, worth $1.2bn, was a product of a Nigeria-Brazil Bilateral Agriculture Development Programme, dating back to June 6, 2016.

It was meant to enrol in Brazil’s Government-to-Government More Food International Programme and would be implemented over a period of five to 10 years with funding from the Development Bank of Brazil and Deutsche Bank he had said.

He further said, “The stage is now set for an agricultural revolution that will strengthen food security, create massive jobs, transfer technology, revive or reinvigorate many assembly plants, strengthen the economy, save scarce resources, mechanise farming and lead to the emergence of value-added agriculture, among other benefits.”

Mohammed had also said the programme would lead to the reactivation of six motor assembly plants in the six geopolitical zones of the country for assembling tractors and other implements while it would import the Completely Knocked Down parts of about 5,000 tractors and numerous implements (for local assembly) annually for a period of 10 years.

He noted that 632 mechanisation service centres would also be established to support primary production in the 774 local government areas and the Federal Capital Territory.

The Federal Government in April last year also said that it would drive Nigeria’s agricultural mechanisation programme with about 60,000 tractors.

However, despite this, Nigeria still maintains one of the lowest levels of mechanised farming in the world.

In the policy document, it was noted that the lack of sufficient technological inputs adversely affected the agricultural sector.

The document read in part, “inadequate technological inputs, particularly in production and farm-level processing equipment such as tractors, power tillers, harvesters, threshers, crushers, choppers, hay balers and milkers have reduced the amount of land area under cultivation and contributed to low crop and livestock productivity, and high post-harvest losses in the country.”

During the 2022 Engineering Week and Annual General Meeting on Thursday, the Chairman of the Nigerian Society of Engineers, Bwari Branch, Dr Halimat Adediran, stressed the role of the agricultural sector in strategic national development while highlighting the crucial role of engineers in the sector.

She said, “this sector has the capacity of becoming a key engine of our economic development.”

Also speaking at the event was the Minister of Agriculture and Rural Development, Dr Mohammad Abukabar.

According to the minister, the ministry was working to ensure tractors and relevant mechanisation tools were available to farmers, especially small-holder farmers, through the Green Imperative Programme.