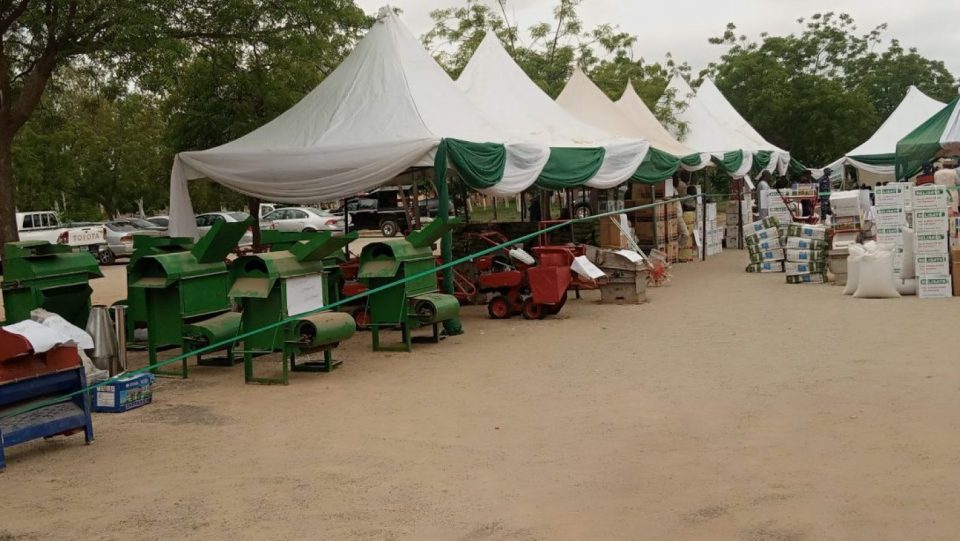 No fewer than 1,500 small holder farmers in Katsina State have received various farming inputs and equipment from the Federal Ministry of Agriculture and Rural Development.

Launching the distribution of the items on Friday in Katsina, the Minister of Agriculture, Dr Muhammed Mahmood said the gesture was aimed at boosting agricultural productivity and food security in the country.

Represented by a Director from the Ministry, Mr Utaka Bernard, the minister said the items were donated to the farmers in order to encourage them to multiply their yields.

He said 15 per cent of the inputs was distributed to farmers with disabilities, while 35 per cent was given to women farmers in line with the National Gender Plan of the ministry.

“The roll-out of agricultural inputs is to ensure high production, which is the core mandate of the ministry that would lead to poverty reduction, job creation, food and nutrition security.

“Feeding the world’s poor and hungry is the challenge of our time. Agriculture has driven economic growth through the centuries in all parts of the world.

“During the COVID-19 pandemic, the agricultural sector became one of the major contributors to the country’s economy.

“The sector contributes about 25 per cent to our GDP, with small-holder farmers accounting for about 70 per cent of national food production,” he said.

According to the minister, this was achieved through the implementation of strategic policies such as the Agriculture for Food and Jobs Plan (AFJP), the Green Imperative, Agricultural Promotion Policy as well as the Presidential Fertilizer Initiative (PFI), among others.

“Today, the Ministry is distributing one ton of certified seeds of groundnut and maize, 1,200 litres of different organic growth enhancers, 2,000 litres of cypermethrin

“And 4,800 litres of real estate and glyphosate; 1,600 litres of landacylothrine, 150 pasta machines, as well as seven units of corn harvester.

“Others are eight units of hammer mill with cyclone, 700 units of knapsack sprayer, 120 units of water pump, 7 units maize thresher and 60 units of hand push planter.

“These items are given to farmers for free. Having recognized that sixty per cent of the rural population is made up of young women and men aged 15-24 years.

“We believe that investing in rural youth is an investment in our future,” the minister said.

In his remarks, the Chairman, House of Representatives Committee on Agricultural Production, Alhaji Muntari Dandutse urged the beneficiaries to make judicious use of the farming inputs.

Dandutse also advised the beneficiaries that to engage in mechanized and business-driven agriculture.

He said the committee was making efforts in collaboration with security agencies to ensure that farmers in security flash points were able to cultivate their farmlands.

Also, the state’s Coordinator of the ministry, Alhaji Suleiman Salisu. said the farmers were selected from each of the three Senatorial zones of the state to make a far-reaching impact on agricultural productivity in the state.

He urged the various crop associations and cooperatives to monitor the beneficiaries to ensure that they make the best use of the inputs.

Some of the beneficiaries commended the Federal government for the gesture and promised to make proper use of the items for the development of the country.

Nigeria approves US $24bn for smart modular irrigation in Adamawa