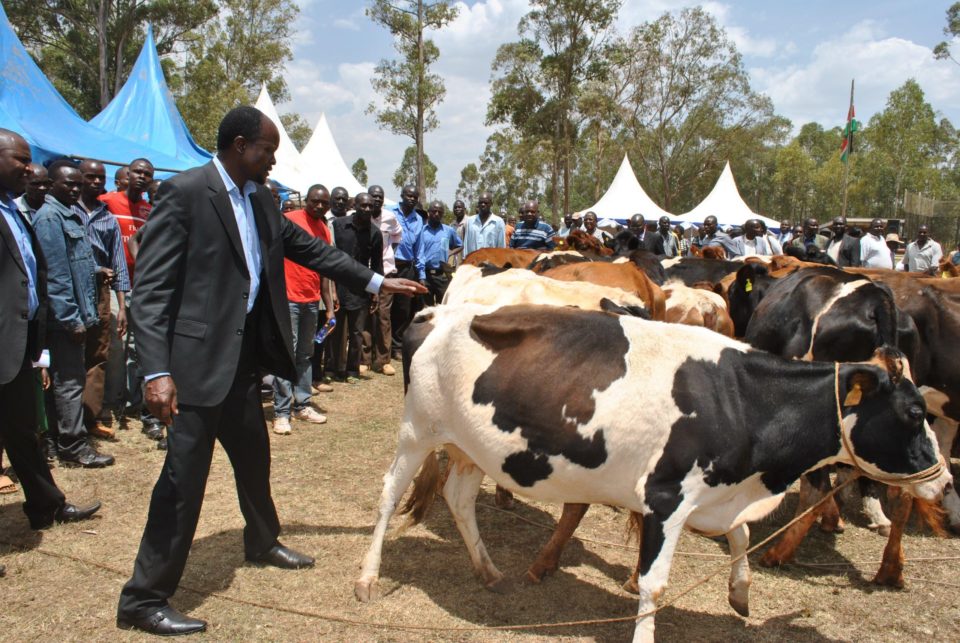 Speaking during the launch of phase 4 of the project dubbed, ‘one Dairy Cow per Sugarcane/Tobacco farmer’ Migori Governor Zachary Obado said the main objective of the project is to improve dairy herd in terms of numbers and quality.

Obado expressed confidence that this project will continue increasing milk production, while ensuring food and nutritional security which shall result in an increase of incomes of farmers.

A total of 90 in-calf dairy heifers and eight Sahiwal breeding bulls were given to the farmers at Lichota ASK Showground situated 10 km from Migori town.

So far, more than 470 in-calf dairy cows and 104 Sahiwal breeding bulls have been given out to identified farmers in the eight sub counties of the County.

Obado warned farmers who fail the test of proper management of the dairy cows that livestock officials will confiscate them and hand them over to able farmers.

Further, Obado warned that farmers who deliberately try to sell or relocate their dairy cows without the authority from county livestock officials will be charged.

“We have realized cases where farmers are selling and relocating these animals without the knowledge and authority of our staff. This should immediately stop,” Obado warned.

Governor Obado said food insecurity is a serious threat at this time of Covid-19 pandemic, a gap he maintained will be boosted by increased milk production in the county.

Uasin Gishu County has consistently worked closely with the Migori County Government through the livestock department since 2015 in terms of getting the dairy cows for Migori farmers.

Migori County has the best climate suitable for many agricultural practices which includes dairy farming according to county agriculture officials.

Obado has constantly reminded residents that Migori relies heavily on agriculture but is not fully exploited.

Since the beginning of his term in 2013, Obado has launched several agriculture projects which includes tissue banana farming, kuku ni pesa project and dairy farming.

Viable X: Pioneering the Next Generation Agribusiness in Nigeria