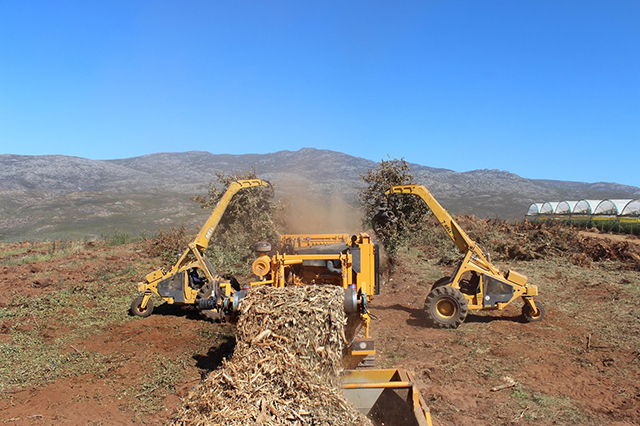 THE country’s recent move to take advantage of bush encroachment for economic benefit would depend on its ability to invest in technology and sustainability, a new study found.

The study aimed to ensure proposed economic activities do not create an imbalance of greenhouse gas (GHG) composition in the environment.

Namibia is currently regarded as a net GHG sink due to its vast bush encroachment. A sink refers to a reservoir absorbing a chemical element or compound from elsewhere in its natural cycle.

He said bush encroachment (BE) affects about half of Namibia’s land area and the negative impact thereof can be reduced.

“Significant negative impacts of BE could be reversed through large-scale bush control, however, Namibia is reported as a net GHG sink due to bush encroachment,” he said.

He said a major disturbance to bush encroachment could have a major impact on the GHG balance.

The economic benefits of BSBU are undisputed, but mitigation aspects are becoming increasingly important – especially with regards to the potential establishment of international biomass value chains, Beck said.

The study was conducted on behalf of the GIZ-funded BSBU project in 2019 to analyse and quantify the mitigation impact of large-scale bush thinning; land use or productivity changes after bush thinning and utilisation of harvested bush biomass.

To find a balance between the economic benefit of BSBU and nature, the study presented six bush management scenarios.

This scenario proposed the removal of 90% of woody biomass at once through decomposition and no utilisation.

Subsequently, livestock farming would be allowed at double-stocking rate.

This procedure could emit around 29,03 tonnes of carbon dioxide equivalent (tCO2e) per hectare and remove around 23,2 tCO2e in the next 20 years.

This involves biomass harvesting of 78% woody biomass removal over time and utilising it through manufacturing bushblocks, animal feed and pellets.

It also proposes aftercare with arboricides, and could lead to livestock farming at triple-stocking rate.

According to the study, this method has a restoration success rate of 75% perennially and 25% annually.

This process involves a one-off removal of 63% of woody biomass – either manually or through semi-mechanised harvesting.

Aftercare would involve using arboricide, which would be done manually together with charcoal production and livestock farming at double-stocking rate.

Coal would be produced through kiln technology, which would involve net emissions of 8,5 and 16,9 tCO2e for the industrial retort and traditional drum kiln, respectively.

Sustainable production and the use of bush biomass over time remain prime objectives, with 78% woody biomass removal in years one and 13 through mechanised harvesting, and no aftercare or additional livestock.

The biomass harvested would be utilised through bushbloks, animal feed and pellets.

With this practice, 52,7 tCO2e would be emitted, which would be recaptured by woody growth.

This would involve a removal of 50% of woody biomass, done in two cycles through manual harvesting, and no aftercare or additional livestock.

Under this practice, the removal of woody plants will emit 32,1 tCO2e per hectare, which would be recaptured by the growth of plants within 20 years.

Under this practice, 90% of woody biomass would be removed at once through large-scale mechanised harvesting, and a manual aftercare process with arboricide would be applied.

The harvested biomass would be used for wood chips for energy production, contributing to the country’s electricity power mix programme.

Subsequently, livestock farming at double-stocking rate would be recommended.

This practice would involve emitting 35,23 tCO2e and removing around 22,8 tCO2e per hectare in the next 20 years.

The study indicated that most of the BCBU practices that promise economic viability are associated with net GHG emissions.

However, BCBU emissions can be minimised by the use of innovative technology.

While successful rangeland restoration could serve as a mechanism for carbon removal, GHG removals by far exceed emissions from large-scale farms.

According to the study, the production of biochar from bush as a means of both carbon removal and soil improvement may have additional benefits such as employment, land productivity, the addition of ecosystem services such as groundwater, and biodiversity.