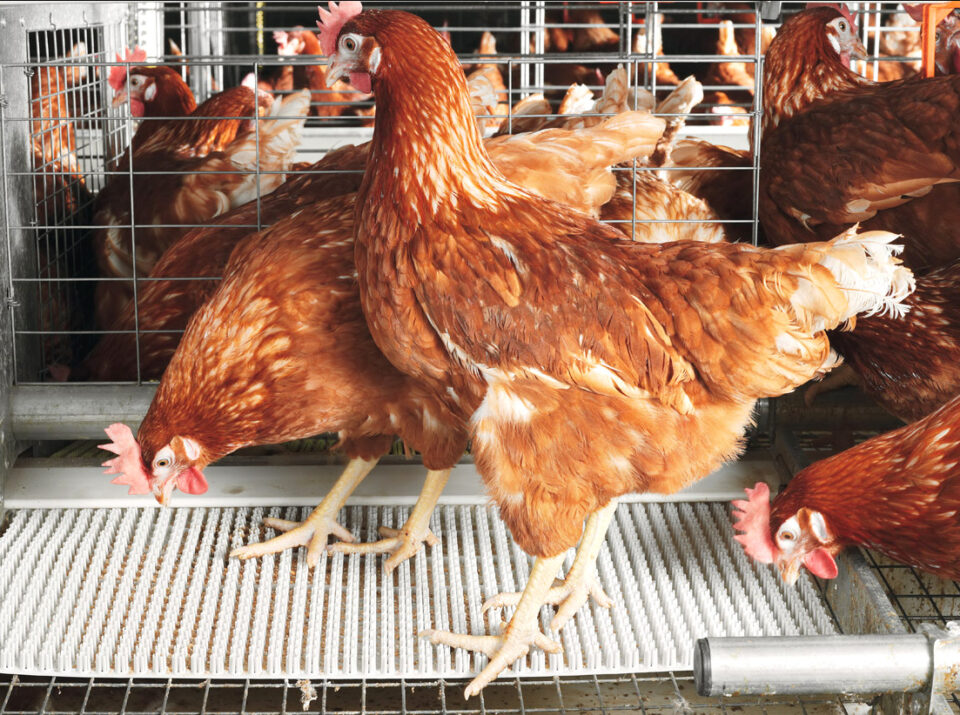 Technology is increasing and helping to improve efficiency in farming across the globe, a factor that propelled two young Nigerians to embark on revolutionising poultry farming with Artificial Intelligence.

The Federal Government under President Muhammadu Buhari is aggressively pursuing a food sufficiency programme in Nigeria.

The new start-up named FarmEye, is now exploring Artificial Intelligence as a way of contributing to the success of the president’s agenda.

The Lagos based startup was founded in 2021 by Olanipekun Olanrewaju, and Seun Dabiri.

Both founders are artificial intelligence engineers.

Nigeria has a population which is estimated to grow to 400 million by 2050 and Lagos, the country’s economic capital currently has over 15 million people.

But feeding the country would be a challenge in the near future if innovation is not brought into the agricultural sector which is being positioned as the hedge against the dwindling oil economy.

“What we are trying to do is that we are also taking that technology to agriculture. It is not just applicable in poultry farms, it is something that can be replicated in other facets of agriculture to bring efficiency in the sector,” Olanipekun told THE WHISTLER.

The Co-founder said the technology has already been tested in some farms in Lagos adding, “We have made progress on that.”

FarmEye is also in talks with an Ilorin based farm to deploy the technology and is currently targeting $50,000 or an equivalent of N20.84m to drive its expansion.

The technology uses AI to track activities of chickens in their poultry as it has the ability to track the weight and numbers of poultry chickens using cameras deployed in the farm.

He explained, “We are using AI and computer vision to help farmers. We are targeting poultry farmers whereby they use the cameras already mounted in their farms to count the number of chickens they have.

“The first challenge that the poultry farmer has is counting or keeping stock of their chickens on their shelf.

“What we aim to do with the camera is to help them give an accurate headcount of the number of the chickens they have in the broiler farm.

“The second problem that they have is that every farm basically has a farm assistant. What these farm assistants help in doing is to clean the farm, refill the feeding buckets with feed and water. They also weigh the chickens periodically.

“So the next problem that camera will solve is weighing the chicken using the AI camera basically. It is not as if they will weigh all the chickens in the farm, what the farm assistant does is to weigh ten chickens out of the total to derive a conclusion.

“Without technology, we can weigh the chicken just from the image. We also noticed another problem in poultries- the daily death of chickens due to congestion. So, the farm assistant routines go to check the congestion to prevent deaths.

“We are not trying to take away the job of the farm assistant, but there is big inefficiency of the poultry business due to the loss incurred. You can’t expect to have the farm assistant on site every time. He does not have an eagle’s eye to look over the farm.

“If the farm does not have cameras, we come and install the cameras and deploy technology.”

The startup is targeting both big and small scale poultry farms, but funding is its biggest limitation.

The firm has not explored pre- seed funding options, but it is seeking partnership with both government and private funding institutions to deploy the technology across the country.

Olanrewaju said, “We target both small and big farms. The big farms can afford the camera and skill and would want to bring efficiency in their farms.

“We have approached farm connect. We are working to develop a partnership with farm connect to help us have this thing adopted. We have received positive feedback from them.

“People’s reactions have been so overwhelming, but funding has been a very big limitation. We are just an early stage farm tech startup. We have gotten our pre-seed funding. We are open to various funding from various tech funding institutions.”