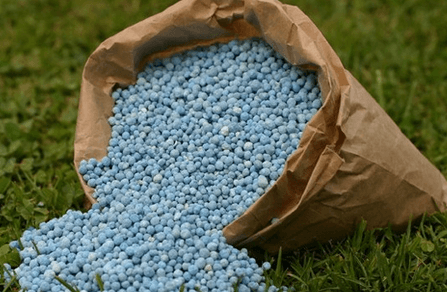 The Ministry of Food and Agriculture (MoFA) has declared the ammonium sulphate fertilizer unsuitable for use on soils and crops in the Upper West Region.

It explained that the fertilizer helps to increase the acidity level of the soils, diminishes the fertility potency and decreases crops yields.

As a result of its negative impacts, the government had removed it from its subsidised package of fertilizers to farmers this year.

Mr Saeed Ismail, the Livestock Officer at the Wa Municipal Office of the Ministry of Food and Agriculture (MOFA) made this known at a Social Auditing Engagement forum with residents of Kpongu community in the Wa Municipality on Friday.

The Wa Municipal Directorate of the National Commission for Civic Education (NCCE) organised the forum to campaign, advocate and lobby for increased accountability and a reduction in corruption in Ghana.

Mr Ismail said the Wa Municipal Directorate of MOFA received 530,000 bags of NPK fertilizer as at June this year, which were purchased by beneficiary farmers under the Planting for Food and Jobs Programme.

The farmers used their Voter Identity Cards as qualification requirements to buy the fertilizers, making access easier for the farmers.

Mr Ismail said under the Planting for Food and Jobs Programme, Agricultural Officers were tasked to visit the communities to collect information from farmers on the efficacy of fertilizers on soil and crops.

Such information would be forwarded to the government to communicate to the fertilizer manufacturing companies and scientists to improve quality.

The Livestock Officer said 400 sheep and 500 fowls were provided to the Wa Municipal Directorate of MOFA under the Rearing for Food and Jobs Programme.

The animals were distributed to farmers to improve the breeding of local stocks.

Mr Ismail said the Directorate had also established 25 acres each of cashew plantations at Busa and Nakori and Safety Net, a non-governmental organisation providing financial assistance to local farmworkers to take proper care of the cashew.

Six dams were constructed and two others awarded in the Wa Municipality under the One Village, One Dam Programme.

Mr Ismail said the Directorate was using radio discussions to educate farmers on the COVID-19 Pandemic and the promotion of modern farming practices.

Mr Ismail appealed to government to address the inadequacies of personnel, means of transport and logistics and funding to the Ministry to enhance its operations.

The Social Auditing Programme is part of many joint initiatives between the government of Ghana and the European Union (EU) to help deepening Public Accountability, as well as promote good governance in Ghana.

The Social Auditing Engagement is a product of the Accountability, Rule of Law and Anti-corruption Programme (ARAP) initiative to promote community ownership of development projects and policies, raise awareness of the operations of the local government and empower the citizenry to demand accountability from duty bearers.