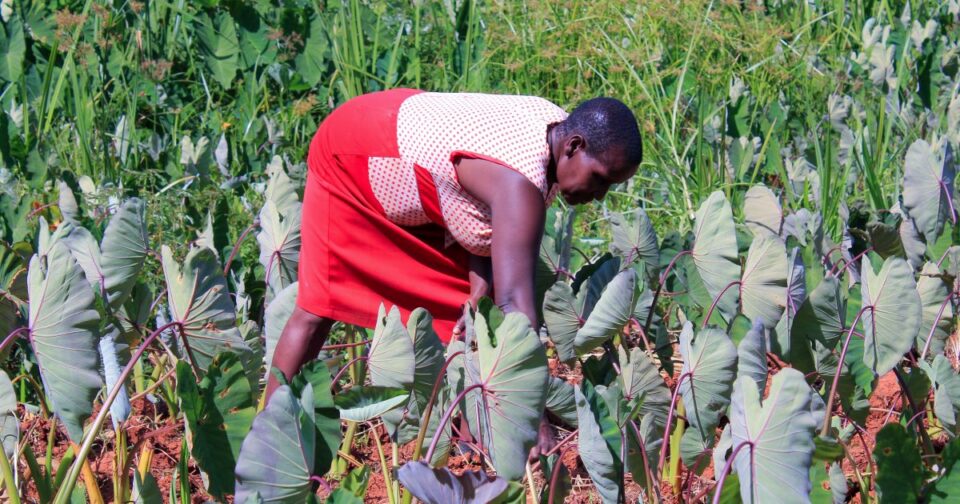 The current dry season has seen many people in the country face starvation due to reduced production of food crops and inadequate pasture for livestock.

“We are encouraging the production of cassava, potatoes, and other root tubers that are drought tolerant. With production of our indigenous foods, there is a great hope of bridging the gap of food insecurity experienced in certain homes and counties,” Ms. Owenga says.

According to a report released on December 14, 2021 by United Nation’s Office for the Coordination of Humanitarian Affairs (OCHA), three consecutive poor rainy seasons in Kenya has exposed at least 2.9 million people to food insecurity.

However, in Kisii County, things are different because farmers have resorted to drought-tolerant food crops such as cassava and millet to overcome hunger.

Irene Omweri, 42, a resident of Getenga village in the outskirts of Kisii town, Kisii County and a farmer, narrates how growing three-month finger millet helps her feed her family during the January dry spell.

“Instead of planting maize for six months, we grow millet for three months and it is profitable. You can cook porridge, ugali and sell the remainder in the market to pay school fees for our children,” Mrs. Omweri said.

Mrs Omweri also says that depending on monthly salary alone cannot satisfy one’s needs and advises people to embrace food crop farming, stating that even the three-month yellow maize can offer one with enough food to eat.

“Yellow maize ripens in three months. Instead of growing the hybrid maize that takes six months to ripen, plant the yellow maize. It helps us to fight hunger,” Omweri advised.

“Arable land in Kisii has reduced in size. We don’t have large tracts of land to grow maize like in Kitale. We have exhausted soil fertility due to overplanting maize without rotation. Maize no longer produces enough for consumption. This is why we have seen it better to practice crop rotation. If you plant maize this season, replace it with finger millet in the next season. The aged have been advised to eat less starchy foods and one of them is finger millet. Many people now consume finger millet especially for supper,” Mrs Ogeto adds.

Janet Machoka, an arrow root farmer, also confesses that arrow roots feed her family during dry seasons and they take only three months to mature and calls upon residents to plant them in large quantities.

“You can use arrow roots for breakfast instead of bread because the consumption cost has gone high,” Mrs.Machoka said.

Ms.Owenga also notes that producing leafy vegetables can help to improve health among children because they offer crucial nutrients.

“At Food and Agriculture Organisation (FAO) and county governments, we are concerned more with production of African leafy vegetables because of their nutritional value and you don’t need to apply too much fertilizers and chemicals, meaning you get safe foods,” she says.

The farmers have also called upon the county government to send more extension officers to the field to train them on proper cultivation of crops that endure dry spell and mature quickly.