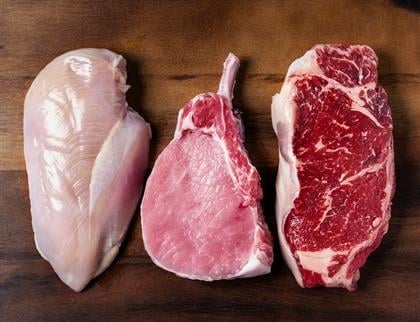 A recent survey released by Stats SA suggests that, by value, South Africans eat ten times as much chicken meat as beef, and very little fruit and vegetables.

But, they eat as much maize as they do chicken.

The Agricultural Survey, which tracked sales of agricultural goods in South Africa between 2017 and 2019, showed that income generated in the sector increased by R37.4 billion, or by 5.8%, to R351.4 billion during the previous period.

Income in the sector was primarily driven by sales of animals and animal products which breached R153 billion; the category also recorded an increase of 9.1% in revenue earned, the highest annual income recorded for the period.

Meat products accounted for 23% or R71.9 billion of all income in the sector, with chicken leading the pack. Sales for chicken meat contributed 10%, compared to a measly 1% for beef, much lower than other meat-related products such as milk, cream, and eggs, which grew to 6% and 4%, respectively.

According to data from the South African Poultry Association, poultry meat and eggs remain the most affordable source of protein for many households in South Africa, while beef is less accessible. At 2019 prices, chicken came in at R22.89 per kilogram, while beef prices at the abattoir averaged R44.98.

The second-largest revenue driver in agriculture was horticultural crops and products. These include grapes, vegetables, seeds, and other horticulture-related products such as wine. Horticulture brought in as much as R86.3 billion of income, with vegetables accounting for only 6% of all income.

The agriculture industry managed to grow even amid growing production costs, Stats SA said. During the period, the sector’s spending increased 6.9% to R330 billion, with expenses related to rentals, usufruct, and grazing rights growing the most.

However, the most significant spending item was purchases at R170 billion, and salaries and wages at R43.4 billion.