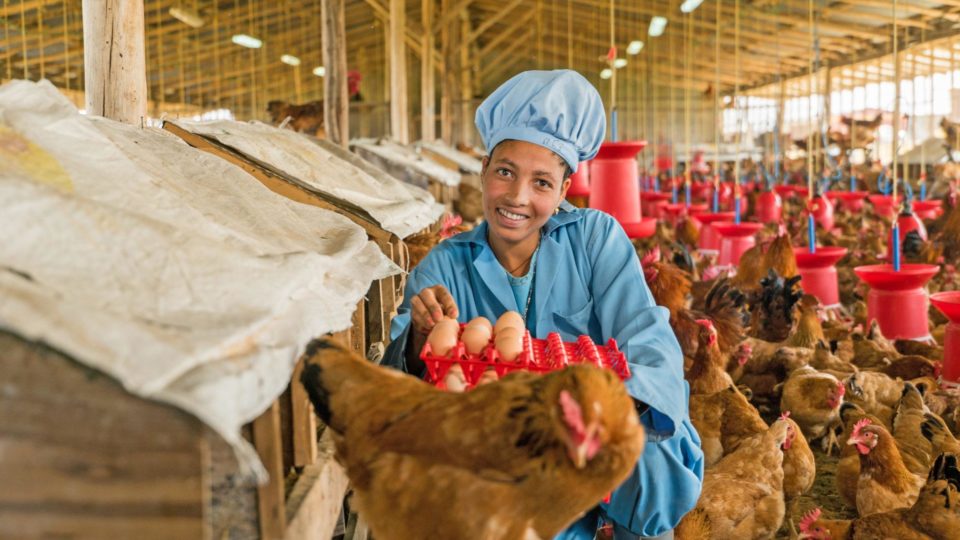 Established in 2010, EthioChicken has become a forerunner and one of the largest poultry companies in East Africa. EthioChicken currently operates eight poultry farms and four hatcheries, which produce and supply young chicken for households in rural Ethiopia. EthioChicken is also a significant feed producer with its two feed mills. The company has been financed by Finnfund since 2017.

”We are very happy to welcome OP Finnfund Global Impact Fund I into the shareholding of the Company. Finnfund has been one of our strongest allies and supporters, and we look forward to continuing to work with them and the fund as we scale up operations and continue our quest of making farmers healthier and wealthier through poultry,” says David Ellis, CEO of EthioChicken.

“Improving nutrition and livelihoods in rural Ethiopia fits well to the investment strategy of OP Finnfund Global Impact Fund I. EthioChicken has done remarkable work in developing their business, and we are excited to support the work through this funding,” says Tuomas Virtala, Head of Asset Management at OP Corporate Bank.

“EthioChicken is a true success story. Finnfund has been one of the key financiers for several years and actively supporting the development of the company. Ethiopia has experienced political unrest in the past years and the markets were impacted by Covid-19, but EthioChicken has done remarkably well. It is also clear that their work for better nutrition and job creation is needed more than ever,” says Jari Matero, Associate Director, Head of Agri and Forestry portfolio.

EthioChicken is committed to sustainable production and striving to continuously develop its processes and operations. By producing chicks that produce eggs as well as poultry meat, the company supports families to improve their nutrition and livelihood, particularly in rural areas.

Today, EthioChicken employs directly roughly 1,600 employees of which 587 are women (38 per cent). In addition, through their network of 8,000 entrepreneurs who nurture, grow and sell the chicks the company employs approximately 16,000–24,000 primarily young Ethiopians. The young chickens are then sold mostly to local farmers and households. Last year, the company reached about three million farmers or households in rural Ethiopia, generating income and improving the nutrition of millions of people.

Improving food security is particularly important in Ethiopia, which is among the world’s poorest countries. In recent years, the country has suffered drought and desert locust invasion, which has affected particularly farmers and other people living in rural areas. There has also been political unrest in the country. At the same time, Ethiopia is one of the countries where the population is growing fastest in the world; Ethiopia’s current population is about 117 million and is expected to surpass 200 million by the end of 2049.

EthioChicken is one of the few poultry companies in Africa to receive GlobalG.A.P. certification, a global set of standards for sustainable, good agricultural practices. Developing the sustainability of the operations and achieving the certification has been a requirement for Finnfund’s previous financing. In 2018, the company also received the 2018 Boldness in Business Award from the Financial Times.