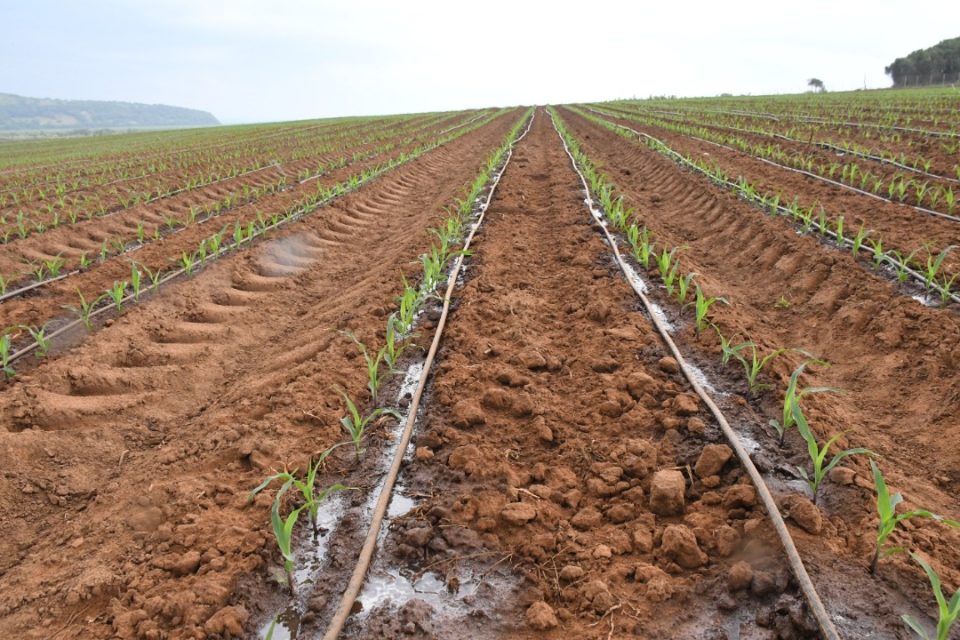 The government has started to look for investors to lease land in the Gabiro agribusiness hub project–located in Nyagatare and Gatsibo district.

The hub was developed to cater for the country’s food security needs, offset the trade balance where imports still outstrip exports.

It was initiated through a partnership between the Government of Rwanda and Netafim – an Israel-based firm considered a global leader in irrigation. The project also aims to develop an advanced agricultural eco-system and modern value chain with advanced water infrastructure, innovative irrigation systems, high-value agro-processing operations, and other agrotech activities across the value chain.

It uses drip irrigation system — a type of irrigation that has the potential to save 80 per cent of water, and nutrients by allowing water to drip slowly from tubes to the roots, either from above the soil surface or buried below the surface.

It will support the production of crops for local consumption, and the export market.

According to the call for proposals that was issued by the Ministry of Agriculture, at least 15,600 hectares will be developed under the two-phased project.

Phase one which is already under development (in partnership with Netafim) is equal to 5,600ha – at an estimated cost of about $73.9 million – of which 4,000ha shall be allocated to commercial farming and will be leased to members of the private sector for a minimum tenure of 49 years (renewable).

It indicated that the remaining land will be allocated to the community for their own farming activities, and phase two consisting of about 10,000ha will be developed at a later stage.

Some 403 families would benefit directly through the resettlement plan plus an allocation of the equivalent land in the community land serviced with irrigation.

Hanson Micomyiza, the Managing Director at Gabiro Agribusiness Hub Ltd, told The New Times that phase one of the project (comprising 5,600 ha) will be ready for use by the end of this fiscal year, adding that the winning bidders would start using the allotted land also by the end of this year.

Micomyiza said that looking for investors in projects like that is something new in the country.

He pointed out that boosting farm productivity requires a combination of inputs including water, quality seeds, fertiliser and post-harvest handling effort, which he said could be effectively achieved through attracting investors into the agriculture sector as those inputs require investment.

“So far, we have good market opportunities such as avocado market in Dubai, and French beans in Europe. We can increase exportation (if investors can optimise local production),” he said.

He said that Rwanda’s agricultural products such as fruits are liked on the international market, but production was limited.

“This project will help to produce that quantity which is required on the market,” he said.

Some of the criteria guidelines for bidders

While preparing their bidding documents, investors have to comply with criteria including showing a company registration certificate issued by the Rwanda Development Board (RDB).

They should also indicate the total size of the land applied for, and present their plans for the operation and development of the land for which they have applied.

Other requirements include experience in the production of similar crop(s) as those they have selected, as well as market arrangements.

Underscoring the need for market, the Government said through the Call for Proposals that market arrangements, one of the challenges in the agricultural sector is the availability of markets for produce.

To be sure that the demand for a product exists, applicants are encouraged to present proof of purchase arrangement with any buyer either local or international.

Evidence could include signed agreements, memorandum of understanding, and or correspondences with potential buyers of the proposed crop(s).

They should also be able to contribute to reducing the country’s food imports, and increasing its exports, and show how they will do that.