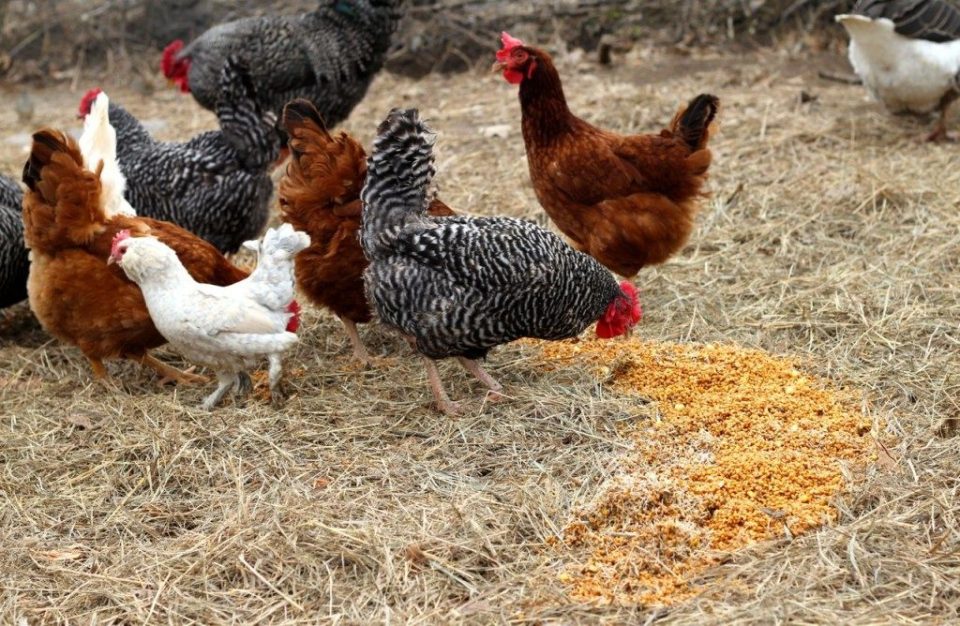 West Pokot County Chief Officer of Agriculture and Pastoral Economy Samson Nyangaluk donated 2,136 improved Kienyeji chicken at the Lomut Chief Office to 150 women who live within Sigor constituency in West Pokot County as part of the government agenda of continuous improvement of breeding chicken in the region and its commitment to help farmers improve their indigenous breeds.

“The donations of improved Kienyeji chicken is part of the ongoing poultry project that has been implemented by Government of Kenya (GOK) and the same has been implemented in West Pokot County as a resilience programme dubbed the Kenya Climate-Smart Project (KCSAP) and groups of farmers are encouraged to rare them in order for them to improve their local chicken breed and a source of income for their livelihoods,” encouraged Nyangaluk.

Nyangaluk said that they have donated a Rainbow roster breed of chickens which grows fast and with more resistance to diseases and produces more eggs compared to indigenous ones.

“I am encouraging farmers within this region to embrace this type of farming because chicken provides food and its eggs generates income that helps improve livelihoods,” Nyangaluk explained.

He pointed out that this type of farming should be taken seriously because, at the period of six months old, the chicks will have matured and will be ready to lay eggs.

West Pokot County KCSAP project Coordinator Mr Philip Tingaa said that the project is offering assistance to farmers through groups and encouraged them to form farmers’ groups in order to get support from the national and county governments and development partners.

“We are committed to helping farmers within this region through groups and currently we have reached out to 172 groups in West Pokot County and we have managed also to donate 2991 Galla Goats and 743 sheep have so far been distributed to farmers for breeding purposes,” said Tingaa.

Tingaa added that the project has helped to reduce poverty levels in the region and locals have been empowered economically.

He challenged farmers to try their fortune in Improved Kienyeji chicken farming and said that an egg from indigenous and improved Kienyeji hens’ retail at Sh20 per egg compared to Sh15 for the exotic chicken breed.

“Indigenous and improved Kienyeji eggs are preferred by many people for food since they are more delicious than the exotic ones but the problem is the low supply experienced in the market and farmers should really try their fortune in raring the chicken,” Tingaa encouraged farmers.

Rebecca Kitoo a farmer from Lomut village thanked the government for the initiative and encouraged mothers to build more spacious cages for chickens; she also encourages them to maintain good cleanness so as to prevent chickens from contracting diseases.

Kitoo lauded the donations of the improved Kienyeji chicken and said it will help address the nutritional value of their children and encouraged them to buy more chicken for breeding.

Another resident Philip Kangalal reiterated that many residents have benefited from the project with many mothers being empowered economically from the region.

Farmers were also supplied with poultry feeds and antibiotics and they were urged to observe necessary measures that will help contain infectious diseases that attack chicken.

Farmers were told to keep an eye on their chicken health as some diseases when noticed earlier can be cured; they were also encouraged to take quick action of treating them if they suspected an outbreak of chicken diseases.

Pigs and Poultry in demand Up North