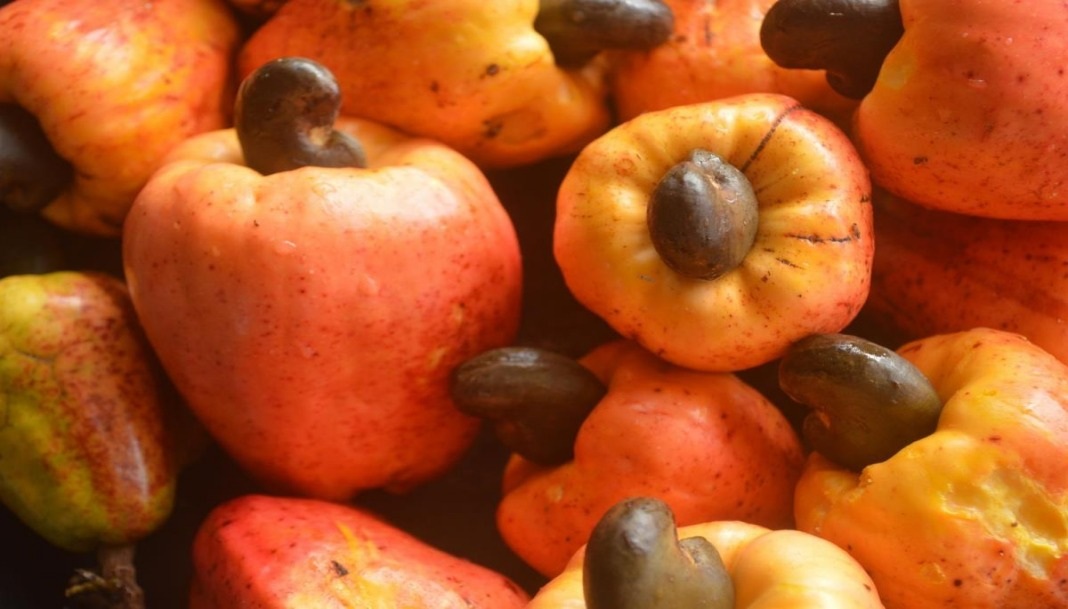 Naliendele Agricultural Research Institute (Nari) has revealed that it will embark on various studies and researches to help communities turn waste cashew apples into wealth.

These studies have been prompted by the understating that a majority of cashew farmers in Tanzania grow the crop with a target to sell the crop in its raw form. To them, cashew apples ripping with the nuts are a waste.

These farmers have not an idea that there were losing between Sh22.8 and 31.8 trillion every year for failing to turn the ‘wastes’ into an opportunity for generating wealth.

A senior researcher from Nari Regina Msoka says in every one kilo of raw cashew nut, a farmer leaves in his farm about nine kilograms of cashew apples that could have been used to produce nine litres of juice.

She says at an average price of Sh11,300 per bottle of cashew wine, a farmer could earn about Sh100, 000 for the nine kilograms of wasted cashew apples.

“Many farmers target to sell raw cashew that earns them not more than 4,000kg per kilo.

“A simple calculation shows that in every ten kilograms of cashew nuts, there are about 90 kgs of cashew apples. This means he who chooses to sell the ten kilograms of raw cashew will earn Sh40,000 while the one using the apples to produce juice will get Sh1 million,” she says.

Year in, year out, cashew nut growers have ended up selling their unprocessed cashew to buyers in auctions set by the government through local authorities.

Their knowledge of what potential the cashew trees provide is so limited. Many are not aware that highly nutritious juice, wine, milk and butter, to mention but a few, can be extracted from thousands of tonnes of cashew apples left to rot in their farms every year.

Apart from the food products, cashew processing industries can extract other products such as oil varnish used in the plastic, and auto brake lining, paints and enamels, decorative coatings, medicines and animal feeds.

The fact that one cashew apple accounts for 90 per cent of the total weight of the cashew nut is a whole tale of the magnitude of losing if the right plans and investments were there to process the products.

This means cashew growers can earn more from selling cashew apples which are available in two season a year than from selling raw cashew nuts.

“Most (growers) leave out cashew apple because of its acidic taste. We have succeeded in removing it to get high-quality juice. Nine kilograms of cashew fruits, give us 6.3 litres of juice. We sell one litre at Sh4,500. So, a farmer could earn Sh28,350 in extra cash.

“Cashew apples can also be processed to produce high-quality jam. Machines for making jam are available at Sido (Small Industries Development Organisation) and we continue providing training to farmers on how to add value to the crop,” she adds.

The researcher says although broken kernels earn small prices compared to the ‘jumbo’ nuts, they can make a big difference if they are used in making butter.

A kilo of cashew butter made from broken kernels fetches Sh20, 000 but a farmer can only get instead of Sh10,000 if he sells them in a broken form.

“If I deduct production costs still I get profit. One kilogram can also be extracted to produce an average of three litres of milk which can be sold at Sh25,000,” she says.

A farmer from Nanyumbu District, Mtwara Region, Elisha Milanzi, says because cashew fruits are not easily preserved, some farmers opt to dry and use them to brew local beer known as ‘Ulaka’.

“We are told for cashew fruits to be used for making juice they are supposed to be preserved in a cool place but because of our village environment some of us dry them in the sun and use them to brew local beer,” he says.

Ms Msoka from Nari says it takes three months to extract high-quality wine from cashew apples. Every kilogram of the fruit can produce one litre of wine.

Ms Msoka says by using one kilogram of the broken kernel (WW450), one can produce one kilogram of butter that can earn 20,000 from Sh10,000 if sold without value addition.

“Tanzania cashews meet international standards because the seed varieties that we developed meet the requirements of the international market and that is why we encourage our farmers to use seeds from Naliendele so that we can successfully compete in the global market,” says Dr Kapinga.

He says they also researched and developed a technology to extract milk from cashew nut since some people like small children and the elderly are unable to chew cashew nut or are allergic to cows or goat milk.

“We do researches that respond to challenges facing farmers and needs of stakeholders like processors, transporters and cut across the whole value chain,” he says.

“If cashew fruits separated from the cashew were to be used for the production of wine they would produce wine worth Sh26.9 trillion,” he says.

About 313,000 tonnes of cashew nuts were produced during the 2017/2018 season. According to Dr Kapinga, cashew fruits from that quantity would have produced Sh31.83 trillion worth of wine.

“We have been losing between Sh22.8 trillion and 31.8 trillion a year by not extracting juice from cashew nut fruits,” says Dr Kapinga.

Mr Millanzi says he collects between two to three tonnes of cashew apples every season but only use few to make juice and throw away the rest and set them on fire once they get dried.

He says some farmers use them to brew local spirit.

“If the government brings us a factory or technology of making products out of the fruits that will help change our lives because we throw away a huge quantity of the resources, he says.

Jobs will come from processors of cashew kernel that are used for making butter, makers of packaging materials, producers of animal feed and transporters.

A representative of the Tanzania Commission for Science and Technology (Costech) Dr Bakari Msangi says Nari has already conducted research over a simple technology that could be used by Tanzanian farmers and urged them to grab the opportunity.

“They are required to realise that already at the research level we have approved the technology and we have already produced a product that has entered the market, so we invite local and foreign investors to see the importance of setting up factories in these regions,” he appealed.

“All the people in official positions should strive to propagate this technology and encourage people to invest in areas that grow cashew nut.

Tandahimba MP Katani Katani says some farmers use cashew apples to brew local spirit known as gongo whose consumption is prohibited by law and leave thousands of tons of fruits to rot in their farms.

“By good lucky agriculture minister know cashew apples can be used to produce wine, so we are trying to see the best way of incorporating this issue in our policies and see cashew nut growing offers more opportunities to farmers,” he says.

Farmers to benefit from Kuresoi land under rehabilitation