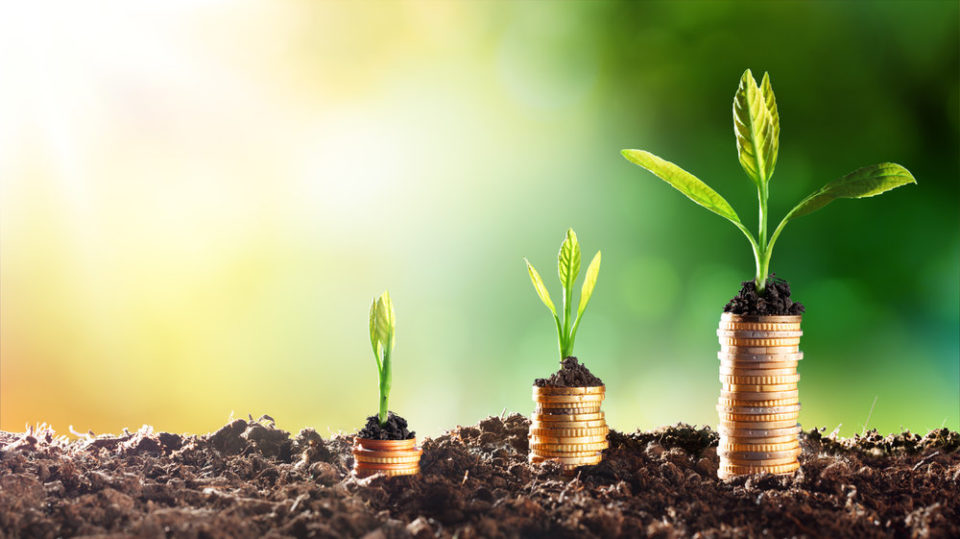 James Emejo writes that with the increasing public-private sector participation in agriculture, the Integrated Farm Estate approach is a model that should be replicated in all parts of the country to boost job creation, as well as support the efforts of the current administration towards achieving food security and economic diversification

In a major development that is bound to yield a positive impact in the agricultural sector, President Muhammadu Buhari recently, in his hometown, Daura, Katsina State, inaugurated the maiden 100- hectare integrated farm estate established by the newly resuscitated National Agricultural Land Development Authority (NALDA), vowing that the country will achieve food security during the life of his administration.

If anything, the farm estate strategy could help resolve the lingering security challenges faced by crop and livestock farmers which had limited positive results in the sector in recent times.

The president’s renewed commitment to liberate the sector couldn’t have come at a better time when the country needs to urgently diversify the base of the economy from the vulnerability of oil.

Amidst rising unemployment, food inflation, as well as pressure on the foreign exchange, experts believed investing in agriculture particularly amidst the COVID-19 challenges had become critical for moving the economy forward.

Buhari further restated his commitment to lifting 100 million Nigerians out of poverty and pledged to give all support to NALDA to expand the farm estate to all the 109 senatorial districts in the country.

The president, who realised the potentials of agriculture to achieving his administration’s objectives, said NALDA was set up to meet the growing agricultural needs of the country, adding that no excuse will be enough for Nigeria to remain a mono-economy amidst the current vulnerability of the oil sector.

Interestingly, Buhari said his administration had done more to support the agricultural sector than any other administration, pointing out that credit facilities are now more readily available to farmers.

He said he had directed NALDA to retrieve all agricultural lands to empower the youths and create job opportunities in the country.

Buhari, particularly commended the Executive Secretary of the authority, Prince Paul Ikonne, for achieving so much within a short period, adding that the efforts by the authority will also boost foreign exchange accretion to the country.

Also, alluding to the potentials of the sector, at the ceremony, the Governor of the Central Bank of Nigeria (CBN), Mr. Godwin Emefiele, was optimistic that the country is likely to make significant strides over the next three years in repositioning the agricultural sector for greater growth.

He hinged his optimism on the combined efforts of the apex bank and the NALDA in making land and credit available to farmers as this will further add to the gains so far recorded through the bank’s intervention support in the sector.

The CBN governor, who described the farm estate as a milestone achievement that will catalyse the desired agricultural revolution in the state and the country in general, stressed that the bank will partner with the authority to explore the potential of providing affordable and accessible finance to the beneficiaries under the agricultural scheme to scale up production.

According to Ikonne, the farm estate, established on 100-hectare land which was donated by the Katsina State Government, can generate over N1.7 billion in the first year.

He explained that the farm was designed as cyclical, where every process is part of a value chain.

He said: “It is divided into 80 hectares for crop production and 20 hectares for animal production, processing, and packaging, with growing of feeds, which include recycling animal wastes as fertilizer for plants and growing plants to feed the animals.

The estate also has a school, clinic, and a residential area, with 120 units of one-bedroom apartments to enable some farmers and their families to live and work on the farm as well as the capacity to engage 1,500 women and youth directly.

Emefiele however, said that the strategic mandate of NALDA aligned with the current developmental priorities of the CBN, adding that the apex bank is positioned to ensuring the integration of farmers into the federal government’s Economic Sustainability Plan, which is focused on providing five million homes with electricity using renewable energy.

He explained that under the programme, farmers with good repayment records under the Anchor Borrowers’ Programme (ABP) will be eligible to get solar home systems (SHS) to supply electricity to their homes.

The CBN governor said the bank will develop a repayment framework that will allow the farmers to use their farm produce to pay for electricity consumed under the scheme adding that the initiative is expected to improve the standard of living of smallholder farmers across the country and motivate prompt loan repayment, as well as enhance the sustainability of the programme.

He noted that the survival of the country was hinged on the resourcefulness and synergy among various government ministries, departments, and agencies (MDAs) in areas of policy formulation and implementation, which is a pre-requisite to the attainment of the desired growth trajectory.

Emefiele said that the CBN intervention programmes and schemes were introduced with the core objectives of stimulating investments in the real sector, thereby catalysing growth and inclusive development.

He said: “As you may be aware, the programmes and schemes have recorded resounding successes, and the recent unveiling of maize pyramids in Katsina State, as well as paddy pyramids in Niger, Kebbi, Gombe, and recently Ekiti States, are testaments to our success story.

“These symbolic events reinforce our belief in the massive potential of Nigeria’s agricultural sector and the need to stimulate more private sector investment in the agricultural value chain with the support of the government.”

He said since inception, the President Muhammadu Buhari- led administration had taken necessary measures to stimulate investments in critical sectors and segments of the economy, particularly those with high-growth impact and employment-elastic potential.

He said in line with the bank’s vision, the CBN had introduced several lending programmes and provided finance to these sectors and segments, with their implementation tailored to support the administration’s policy of repositioning Nigeria to become a self-sufficient food producer, creating millions of jobs and supplying the domestic industries with their raw material needs.

He said the CBN’s development finance efforts were also driven by the need to diversify the economy by reversing the ugly trend of relying largely on revenues from crude oil.

To this end, Emefiele said the ABP had become a game-changer for financing smallholder farmers, who are leading the bank’s efforts at improving the cultivation of agricultural commodities including rice, cassava, maize, tomatoes, fish, cotton, oil palm, cocoa, and wheat.

Emefiele added that under the Agri/Business Small and Medium Enterprise Investment Scheme (AGSMEIS), loans had been disbursed to 29,023 projects across the country, of which 16 percent of beneficiaries are in the North-West, with Katsina accounting for 21 percent of North-West beneficiaries.

According to the World Bank, agriculture remains the largest employer of labour. The sector contributed 26.95 percent to overall GDP in real terms in Q4 2020 with an annual contribution of 26.21 percent.

According to the NALDA boss, the Integrated Farming System (IFS) holds a special position as nothing is wasted because the by-product of one system becomes the input for another.

He said: “With the farm’s poultry, fishery, rabbitry, and beekeeping unit, about 95 percent of the nutritional requirement of the system is self-sustained through resource recycling.

“As the number of enterprises increase, the profit margin also increases and further generates employment opportunities to the farming communities all year round and provide better economic and nutritional security.

“This will go a long way to uplifting rural life through increased income.

Ikonne pointed out that the project, when replicated across the country will increase GDP, reduce unemployment, and will go a long way towards achieving food security.

“The estate also has a school, clinic, and a residential area, with 120 units of one-bedroom apartments to enable some farmers and their families to live and work in the farm as well as capacity to engage 1,500 women and youth directly,” he said.

Ikonne said: “Following the vision of the President to lift 100 million Nigerians out of poverty, with focus on the most vulnerable members of the society like widows, poor and unskilled, and teeming youths, the NALDA Integrated farm is deliberately designed to accommodate, empower and position a new set of 1,500 agro entrepreneurs every year from this category.

Meanwhile, analysts have aligned with the views expressed by Emefiele, that the country may record significant strides within the next three years in current efforts to reposition the agricultural sector for greater growth.

The Managing Director/Chief Executive, Dignity Finance and Investment Limited, Dr. Chijioke Ekechukwu, told THISDAY that the optimism of the CBN governor was realistic.

He, however, pointed out that the “only major threat is insecurity which for now does not have a mitigant, except to fight it head-on”.

Also commenting on the prospects for the sector, Managing Director/Chief Executive, Credent Investment Managers Limited, Mr. Ibrahim Shelleng, agriculture has the massive potential of transforming the economy as it currently contributes a significant amount of to GDP and provides employment to a large number of the population.

He also said that as much as it is possible to make a breakthrough in agriculture within the near term, the major issues faced in the sector remained financing, poor techniques, inadequate use of technology, and lack of storage and processing adding that more recently, insecurity had greatly affected farming.

He, however, said attracting private sector funding though the key to the development of the sector, “will be increasingly difficult if the insecurity problem is not tackled”.

On his part, Managing Director/Chief Executive, SD&D Capital Management Limited, Mr. Idakolo Gbolade, said the intervention of the CBN remained practical and direct adding that the initiatives ought to have been replicated and implemented by state governments.

He said: “We have seen several interventions by the CBN including the Anchor Borrowers Programme yielding positive results because of implementation.