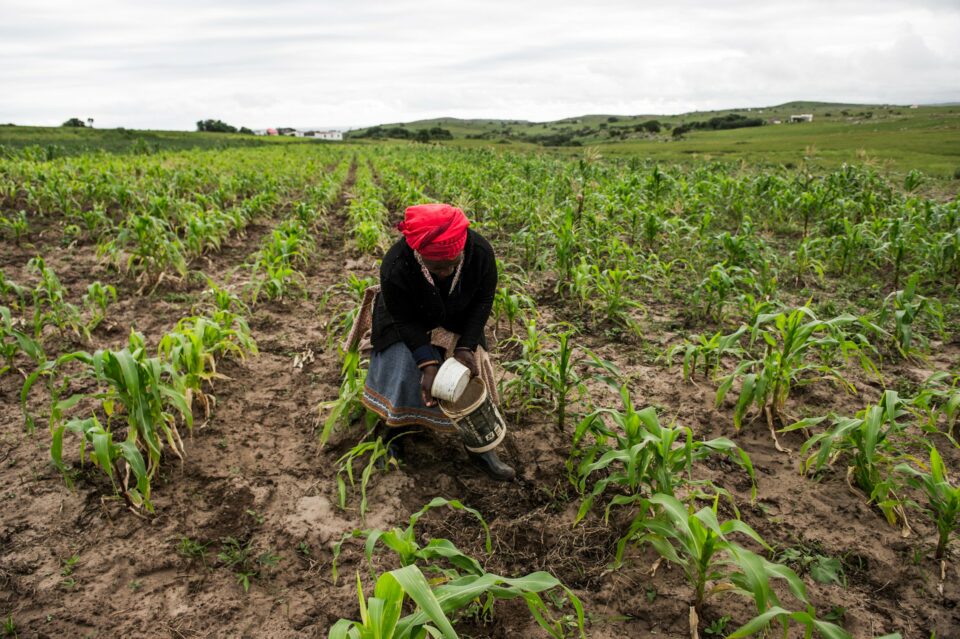 In 1997, South Africa’s first democratic government published a White Paper on land reform, setting out a radical vision for how to address racial inequality in land ownership, and the stark disparities between men and women’s access to land.

The South African Constitution sought to turn this ideal into a reality, with section 25(5) placing an obligation on the state to “take reasonable legislative and other measures, within its available resources, to foster conditions which enable citizens to gain access to land on an equitable basis.”

In November 2017, the then-department of rural development and land reform published a land audit showing how little progress has been made in realising this vision. Seventy-two percent of farm and agricultural land is still held by white people, and only 4% is held by black people. The audit also revealed that women only own 18% of private land, dropping to 13% for farm and agricultural holdings. The results of the audit confirmed that the state’s current approach to land redistribution is failing.

This failure is particularly harmful for women. The right to use and control land is central to the lives of rural women in South Africa who depend on the land to feed themselves and their families and to derive an income. Access to land creates generational wealth, food security and is a source of self-determination that contributes to women’s social and economic empowerment. The failure to change the gendered patterns of land ownership is a failure to realise women’s right to equality and human dignity.

Given the clear constitutional and political mandate for change, why has land redistribution failed to become a reality for South African women? One of the difficulties in answering this question is the lack of transparency surrounding the state’s redistribution programme – the policies governing the allocation of land are opaque and the data on land reform beneficiaries is rarely published.

This disparity is also evident when evaluating individual redistribution programmes. In December 2020, in a presentation to the parliamentary committee on agriculture, land reform and rural development, the government provided information on the number of beneficiaries that had benefited from the state land lease and disposal policy (SLLDP) between February and December 2020.

The SLLDP is the government’s most recent land redistribution policy adopted in 2013. It only provides beneficiaries with leases for redistributed land, rather than full ownership rights. It nominally gives priority to women, but with the caveat that they demonstrate basic farming skills or a willingness to acquire such skills before being considered.

Out of the 544 people who benefited from the programme in 2020, only 116 (30.5%) were women. This distribution is even more unequal when the data is broken down into hectare allocation. Male beneficiaries received 82% of the allocated land, while women only received 17.2% of the total hectares allocated.

To fully understand the inequality, it is important to understand what rights women acquired over the land. This is because access to land is not enough to transform the gender inequalities in land holding, but it is also important that the rights women acquire in the process enable them to use the land to empower themselves and their families. When considering the type of rights that were awarded under the SLLDP, further barriers to women’s access to land are revealed.

In 2020, 83% of the women beneficiaries of the lease and disposal policy formed part of a collective, which means that they did not hold individual leases for the land but were instead part of collectives that included men among its membership. In comparison, 50% of the male beneficiaries were awarded the land as individuals. This means that in most cases, women only benefited from land redistribution under the policy if men also benefited.

It also means that women cannot use the land without consultation and collaboration with men. This leaves them less empowered and at risk of patriarchal constructs of land ownership that subjects women to being perpetual minors who cannot own land in their own name.

This disparity is partly explained by the way in which the policy was implemented in 2020. Instead of redistributing newly purchased land, the department redistributed 700 000 hectares of farmland it already owned by primarily providing leases to people already occupying the land. This is not real redistribution – rather, it entrenches existing patterns of land holding.

The current approach to redistribution also reproduces inequality due to its emphasis on demonstrated skills and experience in agriculture. The SLLDP and other national policies target women who either have basic farming skills or demonstrate a willingness to acquire such skills. It is not clear how skills and experience are evaluated when deciding who will receive land. Women in rural areas are the backbone of subsistence farming, but despite these skills, women are unlikely to own the land on which they farm and are less likely to have any formal farming qualification. The existing patterns of land ownership also mean that women are less likely to have farmed commercially or able to demonstrate that they have the skills and experience to run a commercial farm.

This policy approach is reflective of a shift towards a strong emphasis on commercial farming. Since 2009, more land has been allocated to fewer beneficiaries. This is largely due to the need to keep land intact for commercial farming operations. Women will not benefit from this approach. The shift has instead made redistribution vulnerable to corruption and collusion between department officials and wealthy and/or politically connected elites who have been the favoured beneficiaries.

There are a number of reforms that would improve the redistribution programme’s ability to address gender inequality in land ownership. First, the state must analyse the need for land in South Africa through a gender equity lens. Too little has been done to identify the wants and needs of women in relation to land and evidence that can be used to inform the design and implementation of land redistribution policies, is limited. This results in an approach that sets redistribution targets that do not consider the specific needs of women.

Second, policies that are aimed at creating equity in land redistribution must be correctly implemented. What is clear is that even where targets for gender equality are set in policies, they are not met. Women benefit less from these programmes than men, despite being identified as a target group.

Third, and perhaps most importantly, there is a need for the legislature to enact legislation that will frame the redistribution programme in South Africa and prioritise women. The current situation is largely due to a lack of a guiding legislative framework as envisioned in section 25(5) of the Constitution. New legislation must create cohesion in the redistribution process, align policy programmes and provide guidelines on how women may be prioritised considering the often-hidden inequalities in the current policy framework. It must compel the development of an agreed set of gender indicators as well as a framework that defines how data on gender equality in redistribution programmes is collected, analysed and presented. This will create more transparency and accountability in land redistribution.

No perfect solution: Africa’s smallholder farmers must use both traditional and new practices