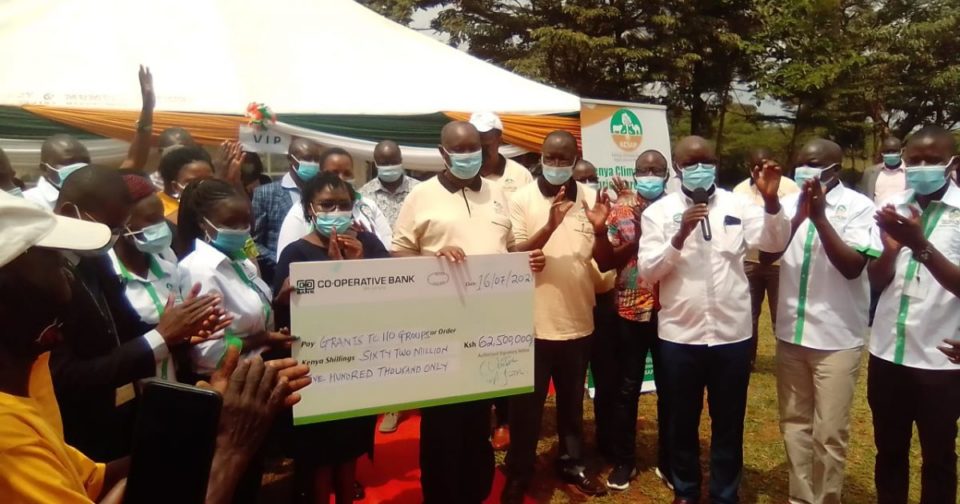 The World Bank through the Kenya Climate Smart Agriculture Project has supported 110 more farmer groups across six wards in Busia County with a view to eradicating poverty.

The cheques worth Sh62.5 million were disbursed by Governor Sospeter Ojaamong at Busia Agricultural Training Centre.

“Today we are supporting more than 4,536 people through this project within 110 groups,’ he said, explaining that the initiative would create more employment opportunities for the local residents.

He stated that Sh62 million has been given to the county through the Climte Smart Agriculture project adding that the beneficiaries should utilize the funds prudently to improve the county’s economy.

“We have had an Agricultural Development Fund in the past to support grass root farmers, but some beneficiaries decided to misuse the funds,” he said, adding that the County Government has also disbursed empowerment funds but some of the beneficiaries have escaped without repaying.

The Governor urged extension officers to advise farmers on best practices so that they could improve their yields.

Ojaamong rubbished claims that Busia is one of the poverty-stricken counties adding that those peddling such allegations were idlers who were out to taint the image of his administration.

The County Project Coordinator Allan Ogendo stated that the funds have been disbursed in three phases with the first amounting to Sh20 million given to 40 groups, second Sh38 million to 71 groups and Sh24 million for 39 groups.

“Apart from the groups, we have major projects across the County like the Bukani aqua park, two poultry parks that are 25% complete, Changara dam in Teso North and ongoing aqua park at Matayos, Kamarinyang and Butula.

Beneficiaries of the first phase thanked the County Government for the initiative saying the project has improved their living standards.

One of the beneficiaries from Amukura Central Ward Roseline Akochi said that the new variety of cassava stems given to her group by the project has turned the group into a supplier to the other two phases.