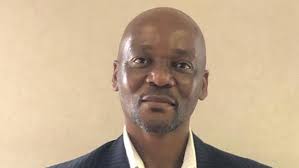 The agribusiness supply chains and networks that were once characterised by autonomous and independent actors, are rapidly becoming more globally interconnected, with a wide array of complex relationships.
African agriculture and the entire agri-food value chain, or agribusiness, has been receiving renewed and increased attention and focus from policy-makers.
In Africa, agribusiness is a burgeoning sector of local economies and the continental economy. The sector has been receiving unprecedented attention from policy makers and private sector investors alike with increasing favourable policy interventions and private capital investments from both large multinational food and agribusiness companies and up and coming local food companies.
Governments in Africa have been devoting much effort and resources to creating an environment conducive to the take-off and success of the agribusiness sector.
It is postulated that if the increased attention received by African agriculture and agribusiness were to be matched with more electricity, irrigation, smart business and trade policies and a dynamic private sector that works hand in hand with governments to link small-scale farmers with consumers in an ever-urbanising Africa, the sector could contribute $1 trillion (R17.4 trillion) by 2030.

African countries are proactively addressing food insecurity, thereby ensuring food and nutritional security for their populations.
The provision of much needed employment opportunities and economic growth as an imperative. The agri-food sector is often seen as a priority for launching African economic growth and achieving the noble and lofty aspirations of jobs and poverty reduction.
Of course, each African country has its own dynamics thus there is no one-size-fits-all approach to developing the agribusiness sector.
For example, South Africa relies less on the agricultural sector for its economic contribution compared to the bulk of other African States. A caveat here is that the advancement of the African agricultural sector is not without challenges. These include, amongst others, the bulging youth population; land scarcity and skewed distribution, environmental degradation and climate change.
While the new dynamics and sustained economic growth creates opportunities for improving household livelihoods and reduce poverty, they are not sufficient to drive a development process that is inclusive, resilient and sustainable.
The current Covid-19 pandemic that is decimating nations across the globe may undoubtedly put a dampener on Africa’s economic growth trajectory and its fledgling agribusiness sector.
A necessary and sufficient precondition for the successful take-off and growth of a sustainable, resilient and inclusive agribusiness in Africa is rural and structural transformation.
Unfortunately, despite impressive per capita income growth, the structure of Africa’s economies has not changed much. The level of technology used and productivity achieved have remained subdued across African nations, and production and exports are still predominantly a limited range of raw agricultural commodities.
As if that was not enough, a rapidly growing labour force and urbanisation notwithstanding, job creation in rural areas in general and in non-farm sectors in particular, has been minuscule and poverty in those areas has remained rampant.
Thus, the pertinent question then becomes how to generate economic transformations that foster inclusive, resilient and sustainable development in the rural areas. This is where the role of agriculture, as an economic activity, is vital because an overwhelming majority of the African population depends on it.
Therefore, agriculture is an integral component and catalyst of wider economic structural transformation. Agriculture contributes to economic-wide transformation through several mechanisms.
These include increased agricultural productivity of labour and implies that labour can be released from agricultural production into other better remunerating non-farm economic activities.
Increased demand for agricultural inputs and services stimulates local production and marketing of inputs, such as fertilisers, agro-chemicals, tools and equipment, and local provision of services such as agro-dealerships and logistics.
Increased marketing engagement of smallholder farmers in agricultural value chains stimulates commercial distribution and processing activities; increased profits and exports from agriculture finances imports of key technology and capital; and lastly, enhanced agricultural production also boosts the diversification of the rural economy and facilitates linkages between rural and urban areas.
The required technologies and capital can also be provided by local research and development and financial institutions in a particular country. The sharing of expertise and resources becomes even more feasible with an increased African regional integration as envisaged under the Africa Continental Free Trade Agreement and other similar instruments.
African countries should pay attention to the following policy recommendations:
First is the strengthening of agricultural value chains links vital to the attainment of more inclusive African agribusiness. Coupled with strengthening, it is important to have shorter and more efficient value chains that would better embrace the participation of smallholder farmers and minimise the carbon footprint of the agri-food sector. Shorter value chains would facilitate the consumption of more locally produced goods and support local value addition, rather than the current centralised distribution chains of large agribusinesses.
Second, the building of partnerships is indispensable in order to reap the benefits of both scale and size economies for the sector. Such arrangements would greatly benefit smallholder farmers and emerging agribusinesses with limited existing social capital.
Third, capacity building of smallholder farmers through skills and knowledge development. This is where the role of a functional agricultural extension system and linkages with knowledge generating institutions such as the Agricultural Research Council and other similar organisations is key.
Fourth, enabling institutional arrangements is critical in order to increase the bargaining power of farmers and to reduce transactional costs in dealing with market system. A properly organised farming sector is able to lobby for both resources and support more successfully than a fragmented and divided sector.
Lastly, the inclusion of designated disadvantaged groups into the value chain should be core to an inclusive, resilient and sustainable African agriculture sector, especially in the wake of catastrophes such as the Covid-19 pandemic. These disadvantaged groups include women, youth, disabled people and previously disadvantaged designated groups – specific to each African country situation.