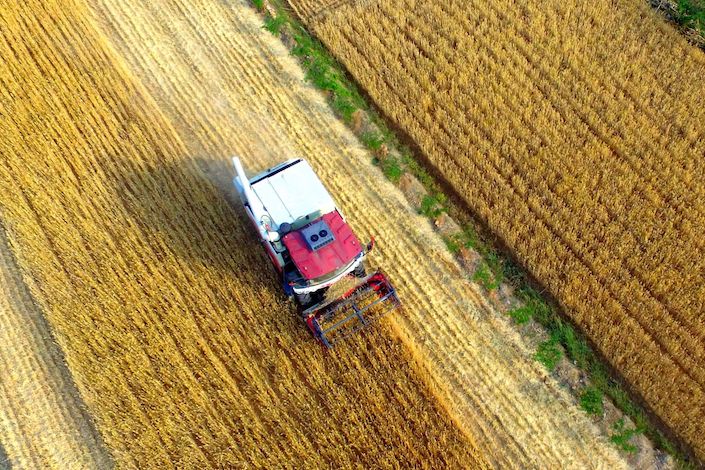 The National Irrigation Authority (NIA) in partnership with private entities has deployed post-harvest technologies in rice farming areas in the Nyanza region to address post-harvest losses at the farm level.

Tanui said this is a culmination of research studies conducted by the Authority on how best to deal with post-harvest and cushion farmers from the losses.

“Thirty percent is a substantive amount of money to the farmer and I want to announce that our farmers will now be mechanized during the harvest,” he said noting that farmers will now be able to plough enough resources to their farms after every harvest.

Speaking to the press at Ahero Irrigation Scheme on Thursday, he said the Authority will be implementing different technologies to make rice farming profitable to the farmers in the region.

Besides, he assured that the authority will also introduce mechanical driers to save on time and losses during the drying process.

“We will soon roll out mechanized drying to help at the winnowing and removal of chaffers’ stages,” he said.

Tanui noted that time spent on the farms during planting seasons too will soon be a thing of the past as they implement other new technologies.

Already, the Government is testing rice trans-planters in a number of farms before a rollout on all the farms.

“We are loading the seeds in the trace and the machines just plant. We can do one acre within 30 minutes,” he said.

Currently, he says the traditional way of planting is time-wasting, laborers, and tedious, normally taking all day with around twelve contracted farmers.

James Nudi, a local farmer says they have started to reap from the new technologies being introduced by the Authority.

“In the recent past, we could get 20 bags after harvesting but now with this combined harvester, we harvest up to 40 bags, this is a big reprieve to us,” he said.

Nudi says the quality of rice has even tremendously improved making their final product to be competitive in the market.

He called upon farmers to embrace the new technologies for better farming.

How our huge land resource can enrich Kenya’s 12m households