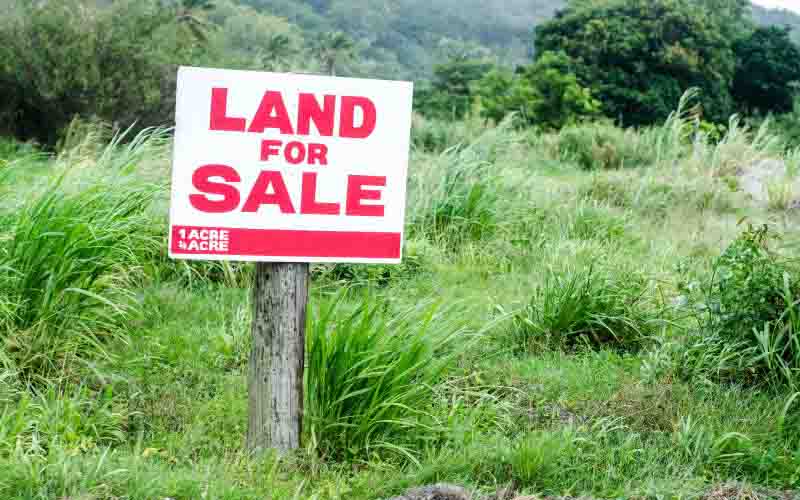 There are 143 million acres of land in Kenya. If this land was to be divided equally to each of Kenya’s 12.2 million households, each household would get about 12 acres.

Of course, I am certain that we would all scramble to get land from the more fertile parts of the country. However, each of the 143 million acres is valuable in its own way and must be used optimally as recommended by the National Spatial Plan.

That’s why ancestral land in Kenya is bequeathed from generation to generation. Despite this immense role of land in our national psyche, we continue to treat land in a narrow and shortsighted manner. To correct this mess, I suggest the following four actions.

Firstly, we must address the usage of land title deeds as collateral in acquiring loans. When most Kenyans borrow money from banks, they mostly use land-related assets as collateral. Apparently, in 2018 and 2019, the non-performing loans were 12.7 and 12.6 per cent respectively. This means defaulting borrowers may have lost their land or houses, which completely destabilises them. Collateral lending, by its very nature, only advances loans on the strength of security. But what are the alternatives?

A few years ago, the Centre for Research on Financial Markets and Policy answered this question. They suggested need for Kenya’s banking sector to explore credit referencing and credit risk transfer instruments. If this will save land of Kenyans who unluckily default on their loan repayment every year, wouldn’t it be worth it? Meanwhile, banks must critically certify that families agree to use of their family title deeds as security.

Secondly, we should use our land optimally through regenerative agriculture. This is a farming approach that focuses on topsoil regeneration, increasing biodiversity, improving the water cycle, enhancing ecosystem services, increasing resilience to climate change, and strengthening the health and vitality of farm soil.

According to UNEP, between 2000 and 2010, large-scale commercial agriculture accounted for 40 per cent of tropical deforestation. We continue to witness it here when human settlements and farming in forests result in widespread deforestation.

Regenerative agriculture replenishes land, instead of depleting its natural strength. That’s why we must embrace it through farming systems like organic farming and agroforestry. According to a leading US-based market intelligence firm, the global organic food and beverages market will grow from Sh29 trillion in 2020 to Sh96.5 trillion by 2028. If we use more of our agricultural land for organic farming, we will partake in this lucrative organic market.

Thirdly, we must engage rangeland conservation. Rangelands are areas like those found in most of northern Kenya where vegetation mostly consists of pockets of grass, shrubs and the occasional acacia trees. Although rangelands may not be conducive for farming, they provide invaluable ecosystem services. They store vast amounts of carbon and thus play a critical role in climate change mitigation. Further to this, their large open spaces are perfect for solar and wind power. That’s why Lake Turkana Wind Power, which is Africa’s largest wind farm, is located in northern Kenya’s rangelands. We need similar projects in other rangeland areas. We must however ensure they enhance livelihoods of local households.

Fourthly, we must fully implement the land use laws already in place. Articles 60 to 68 of the Constitution address all matters land including land ownership, land use and tenure. In addition, there are other land-related Acts like the Physical Planning Act, the NLC Act 2012 and the Land Act 2012. All these laws must be implemented so that land justice and land tenure can become cornerstones of sustainable land usage. Think green act green.