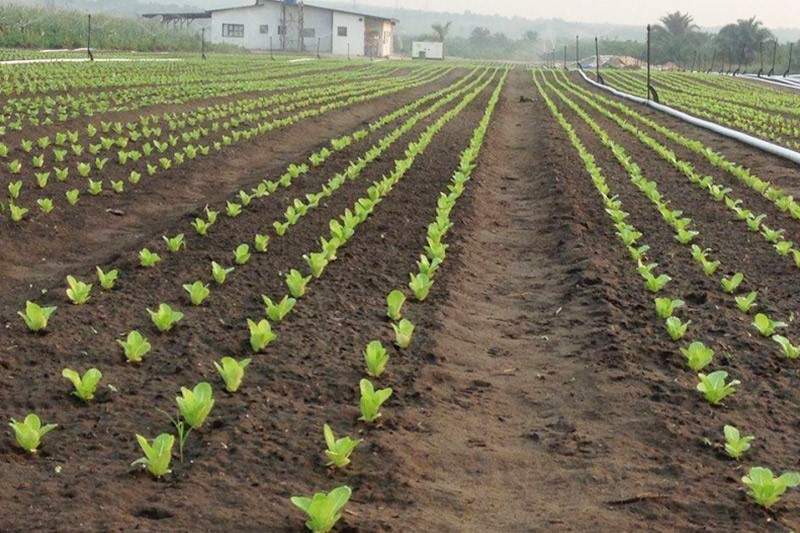 It is proved that utilizing agricultural inputs enables farmers to raise their products and productivity. Due to the created awareness, the demand for inputs is increasing from time to time.

Mengistu Tesfa is working in the Ministry of Agriculture. He told The Ethiopian Herald that there are various types of agricultural inputs and among others: soil fertilizer, selective cereal and vegetable seeds, agro chemicals, and lime are frequently used besides the small and big machinery. Supplying inputs to farmers on time and the right place based on the demand by considering the types and the quality is essential.

Most agricultural inputs are imported from abroad but they are also produced locally. For example, selected seeds are produced here and lime is processed by the local industries while inputs such as fertilizers, chemicals, animal medicines are imported from abroad. In the 2012-2013 budget year Ethiopia imported 14.5 million quintal fertilizers. This year the nation imported 17.5million quintal. The demand for agrochemicals is also increasing. For the importation of input, the government renders prior attention and allocated the necessary hard currency in the early months of the year and to that end, it allotted 650 million US Dollar. In addition, for logistics purposes 30 billion Birr were allocated. Up to now, there are no difficulties in importing process but in case a problem occurs there is a way to solve with the cooperation of the government.

The sector serves as a means of employment for 80 percent of the working force. Therefore, the development of agriculture has a spillover effect on other sectors.

As to Mengistu, history indicated that agriculture propelled the advanced countries to move to the higher level and transform the economy from primary level towards the secondary and tertiary level economy. The excess agricultural production and marketing gave way for capital accumulation which facilitates the flourishing of industries and services. Hence, similar to other countries to bring structural change in our country, the subsistence nature of the sector must be transformed into commercial and the stranded rural labor relies on small scale farming to move to the manufacturing and the service sector.

Currently, the subsistence farming contributed 49 percent to the Growth Domestic Production and in such a situation achieving structural change is unthinkable. Therefore, to attain transformation modernizing the sector is undergoing.

As to Mengistu, the introduction of irrigation farms during the winter season to cultivate wheat can be mentioned as the case in point. The irrigation projects are implemented in Amhara, Oromia, Somali and Afar regions and totally in 150 thousand hectare land wheat is under cultivation. In the future the practice will be scale upped in all regions.

The government is providing the necessary inputs such as fertilizer, selected seeds, farming techniques and extension services. The projects are evaluated by the pertinent institutions from the woreda level up to the Office of the Prime Minister.

Nevertheless, in supplying input value chain, numerous stakeholders are involved and obviously such a situation has its own drawback on price and ultimately the farmers will be disadvantaged. Therefore, unless the extended value chain shortened productivity might be affected as well.

Reacting to this situation, Mengistu said that starting from the need for assessment of farmers, importing, transporting and supplying of fertilizer 22 actors are involved and such cumbersome activities affects price and productivity. Therefore, to shorten the value chain studies are accomplished and they are on the way to be implemented.

The 2011 E. C the Ministry of Agriculture studies proposed to transport fertilizer from abroad by the Ethiopian Shipping line up to the Port of Djibouti which was formerly conducted by foreign company. The company not only engages in sea transport but also it has the mandate to do the land transportation activities.

In addition to this, the Ministry proposed the importation of fertilizer business to be owned by the private sector. Unlike the previous time, the government’s role reduced to doing only the regulatory work and the Ministry will keep on such kind of reform.

In the input transaction, there is inconvenience which could harm the business. Farmers may not purchase the inputs if the provision is delayed; this may incur additional cost on the importer.

Reflecting on this, Mengistu said that in the beginning there is a soil road map which indicates the type of soil in each agro ecological zone and the right type of fertilizer that is conducive for that particular soil. Their road map is available in each region, woreda, zone and kebele.

Farmers due to natural conditions such as drought, flood and by other reasons may give up purchasing. If they give up by natural conditions, the input is stored and will be supplied to them in the next season. If it happens due to a shortage of money, they will be provided by credit.

When farmers quit purchasing chemicals after they announced their purchase, problems might occur. Because agro-chemicals have short life spans unless they are utilized on time; they will be spoiled and might bring disastrous consequences on the environment. Removing the spoiled chemicals also incurs additional cost and sending back to the exporting country also is expensive. Currently, the Ministry is preparing to send back huge packed outdated chemicals to the country of origin.

Agricultural inputs raise productivity but they also have their own environmental impacts. During the rainy season, they will be taken by flood to rivers. When the polluted river water consumed by humans or animals it might bring health risks.