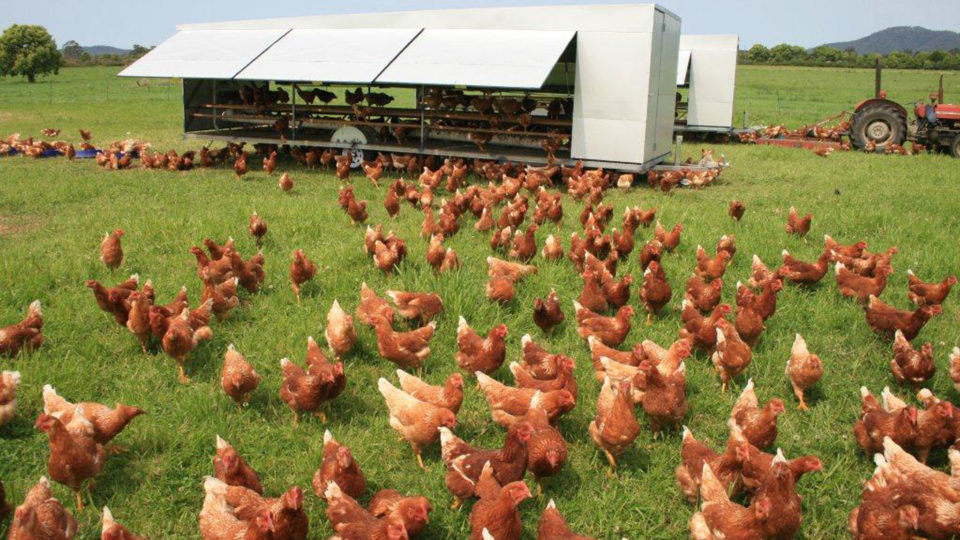 Fire disasters are common at the peak of dry seasons in March each year, and the period coincides with excessive thermal heat and outbreaks of Avian Influenza.

While heat stress often leads to loss of weight and reduction in the number and size of eggs with occasional mortalities of birds in extreme cases, fire and bird flu outbreaks are usually destructive and economically dangerous with high mortality of birds.

Thermal heat stress and agro-economic implications
Thermal heat stress in the tropics can have negative effects on poultry performance, feed intake versus conversion ratio, and bottom-line implications for farmers. The number of eggs produced often reduce drastically in egg-laying birds; weight gain is always impaired in chicken-producing broilers or cockerels if measures are not put in place to mitigate the effect.
It also impairs the immune system of poultry and increases susceptibility to disease.

The Food and Agricultural Organisation (FAO) reiterated this in its reports: “Crop and livestock pests, diseases and infestations are an important stressor for the sector. Such biological disasters caused 9 per cent of all crop and livestock production loss in the period from 2008 to 2018.”Experts have pointed out that when birds begin to pant, physiological changes have already started within its body to dissipate excess heat. They advise that before the birds get to this condition, everything should be done to make them comfortable and healthy, which would help them to maintain optimum growth rate, egg fertility and hatchability in breeder flocks, egg size, egg shell quality and egg production.

Helping birds to maintain comfort zone at the peak of dry seasons is imperative for farm profitability and avoidance of morbidity and mortality rates.

The PoultryHub says the comfort zone is the temperature zone in which the birds are able to keep their body temperature constant with minimum effort. Physical behaviour and physiological requirements of birds would change when temperature equilibria are upset as they would start to pant and change their body position, as well as reduce feed intake and increase water intake.

When temperatures are below the comfort zone birds would also change their body position and huddle together.

Precisely, the critical temperature for layers is 20°C, and for every 1°C lower than 20°C, the birds require an extra 1.5g of feed per day. This increases the cost of feeding and reduces profit margin.

The most efficient temperatures for layers are between 20 and 24°C. When temperatures rise above 24°C, shell quality and egg weight will reduce. The critical temperature for broilers and rearing birds is highly age-dependent.

The following are some of the measures recommended by animal scientists and agricultural scientists against heat stress in poultry and other livestock businesses.

Mr Rotimi Pariola, a renewable energy specialist based in Ilorin, Kwara State, advised farmers to use solar-powered fans. The solar fans, he said, would work perfectly on farms, and the cost of electricity bills would be eliminated while the birds enjoy adequate ventilation during the day and at peak of dry seasons.

Also, a poultry equipment supplier in Lagos, Mr Banji Mustapha, said foggers could be installed with solar fans to produce cool misty air circulated by fans within the pens for really commercial farmers.

Similarly, making a reliable, clean, cool source of water available to poultry is essential to help the birds cope with high temperatures. Because the birds excrete electrolytes during periods of heat stress, electrolytes can be added to the drinking water to replace those that are lost and to stimulate water consumption, experts have advised.

Roofs should be kept free of dust and rust. Roof reflectivity can be increased by cleaning and painting the surface with metallic zinc paint or by installing an aluminum roof. During extreme heat, birds could be sprayed with water and fanned.

A farmer in Ilorin, Kwara State, Mr Segun Olowo, sprayed his laying birds with ice water during the extreme heat conditions. This, he added, is done twice daily, around noon and by 4.00p.m.

Dr Sunday Olabode, a Sales and After Sales Manager at a multinational food company in Ibadan, said there are four basic steps to minimise heat stress in resource-poor countries.

He said farmers should feed their birds very early in the morning so that metabolic heat would not coincide with thermal heat. This way, he argued, the stress would be minimised. The second step, he said, is making cool water available to the birds during the extremely hot periods.

The third method is to make the roof high and of reflective materials to insulate against thermal heat penetration. And the last step, he said, is adding Vitamin C to feeds or water of the birds as recommended by a veterinary doctor.

They said to “properly prevent or manage heat stress, it’s imperative to understand how it occurs. A layer’s normal body temperature is about 105°F (40°C). Hens are comfortable with an ambient temperature of 65°F to 75°F (18°C to 24°C). When that temperature gets above 90°F (32°C), the more serious consequences of heat stress occur.”

The authors of the review point out that heat stress might also affect food safety. “Many recent studies have demonstrated that bacteria, such as Salmonella and Campylobacter, are capable of exploiting the neuroendocrine alterations due to the stress response in the host to promote growth and pathogenicity. Therefore, it is of great importance to be aware that environmental stresses, such as heat stress, can potentially alter the host-pathogen interaction,” they write.

Fire outbreaks
Dr Olayiwola Olubamiwa, a former Executive Director of CRIN, said fire outbreaks are more during the dry seasons, and that farmers should be aware of some basic measures towards preventing such outbreaks. He recommended the following measures to prevent fire outbreaks on plantations, crop and livestock farms.

He added that “When you use fire to protect yourself against bees during harvest of honey, make sure you properly quench such fire after operation. Stop carrying fire brands from one spot of the plantation to another spot in order to start a new cooking fire, and ensure adequate fire tracing of about three metres wide round about your plantation or farms at the onset of dry season.”

He also advised farmers to provide portable fire extinguishers and other fire control materials and devices on the farm.
MEANWHILE, the Poultry Association of Nigeria (PAN), animal scientists and veterinary professionals have called on poultry farmers, livestock breeders and toll feed millers to embrace bio-security, farm hygiene and international best practices to prevent outbreaks of bird flu and its attendant economic losses.

Biosecurity and other safety procedures have been advocated as best and cheapestv practices to keep commercial poultry and animal farms protected.

From January to April yearly, wild birds migrate from continent to continent in search of more favourable conditions, including feeds, water and friendly atmospheres. The bird flu outbreaks have been attributed to such intercontinental migrations as a result of unprecedented emerging global warming.

Call for protection of farms
Professor Victoria Adetunji of veterinary public health, University of Ibadan, has harped on biosecurity, which she describes as “The general cleanliness and hygienic conditions of poultry farm,” or livestock farms, insisting, it “must be maintained and biosecurity measures should be strictly adopted.”

Prof. Adetunji said interaction between poultry and other birds should be reduced, especially with wild and free flying birds and access of rodents, adding that contact with other wild animals should be avoided.

Visitors, trucks, equipment and every other material that has been in contact with the outside of the farm should be restricted, especially in times of outbreaks.

In the same vein, Provost of the Federal College of Animal Health and Production Technology, Dr Olatunde Owosibo, said poultry and livestock farmers should restrict movement of visitors, buyers and non-staffers, as they often act as vectors for bird flu and other poultry diseases.

He too emphasised the importance of biosecurity and other measures to combat heat stress, fire disasters and disease infestations so as not to compound the present challenges of extremely high cost of feeds, veterinary drugs and other hostile operating environments of livestock farmers.