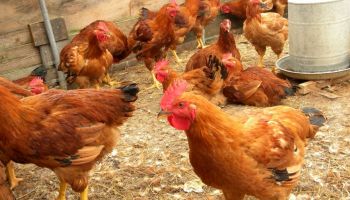 It is an intervention to equip farmers with requisite knowledge and skills to champion behavioural change and attitudes on the prudent use of antimicrobials and management of antimicrobial resistance ( AMR) in poultry production.

The virtual graduation ceremony was facilitated by the FAO in collaboration with the Ministry of Food and Agriculture (MOFA) with funding from Fleming Fund from the United Kingdom (UK).

The graduands were ushered into the training in February last year and completed in December same year.

Ms Joycelyn Gayden Brown Hall, FAO Representative for Ghana, said the organisation supported the Government to develop AMR policy and action plans, collaborating in various areas such as AMR awareness creation, building the capacity of media practitioners and the press to be advocates and working to ensure passage of antimicrobial legislation.

She congratulated the farmers for completing their training course and for their achievement that would help ensure better nutrition and health.

Mr Emmanuel Kofi Agyemang, District Chief Executive, Dormaa East, said apart from achieving wholesomeness of poultry products, the training would cut down cost for the farmers as they would spend less purchasing antibiotics.

He said the FAO’s partnership was in line with government’s policy to industrialise the economy through the Ghana Beyond Aid agenda and ensure food security.

“The government through its industrialisation programme is facilitating the construction of a poultry broiler project in Dormaa East District, ” he said.

He advised them to be agents of change to influence others through the knowledge and skills acquired.

He expressed optimism that with the right knowledge and skills given to the farmers, they would apply suitable and preferred technology to enhance food security and public health.

Mr Charles Aboyella, the Dormaa Central Director, of Food and Agriculture, thanked the FAO and partners for their support and promised to make antimicrobial issues inclusive in the Directorate’s action plan.

Madam Akua Prempeh, the Dormaa East District Director of Health, said it was important Antimicrobials were handled with care because any problem identified could trickle down first from the farmers on the field, then to the masses in the community.

She said AMR was a public health concern, as over 700, 000 people died annually with 10 million people predicted to lose their lives in 2050 if antimicrobial issues were not drastically addressed or tackled head-on.

He said the FFS Concept was a powerful tool to address the rise and spread of antimicrobials, stating, “as FFS members they have become pioneers of FAO’s effort to address AMR challenge”.

Mr Stephen Ameyaw Nyarkoh, the Dormaa Central Director of Health, said the new, all-inclusive global health concept on – One Health programme – focused on maintaining a critical balance between environment, humans and animals and promoting their sustainability particularly at time when the world was facing a COVID-19 crisis.

He said diseases including; Ebola, yellow fever emanated from animals, and there was the need for all to be guided by lessons learnt from Covid-19 pandemic to fight AMR, else “we risk suffering another pandemic with serious complications from it”.

Dr. William Adukuma, Director, Veterinary Services Directorate, said the training was preceded with a study centred on knowledge, behavioural change and attitude and practices among identifiable farmer groups defining suitable interaction to check and contain AMR and urged the graduands to contact the Vet Office rather than relying on the services of unapproved poultry drug dispensers and pharmaceuticals to address challenges.

Dr. Eric Koka, National Social Scientist at FAO AMR Project and Senior Lecturer, University of Cape Coast, stated that the objective of the project was to take some selected farmers through FFS.

“We observed that there’s an indiscriminate use of antimicrobials among some farmers. The purpose is to educate them to practise what they have learnt at the FFS,” he added.

He said some of the topics treated were; Agro Ecological System Analysis (AESA) which enables farmers to identify ‘friends’ and ‘enemies’ that affect health of poultry birds, biosecurity and disinfection and antimicrobial resistance, threating human and public health, record-keeping, taking inventory of activities to track production cycle, nutrition needs of birds among others.

Bumper harvest to save Zimbabwe US$200m