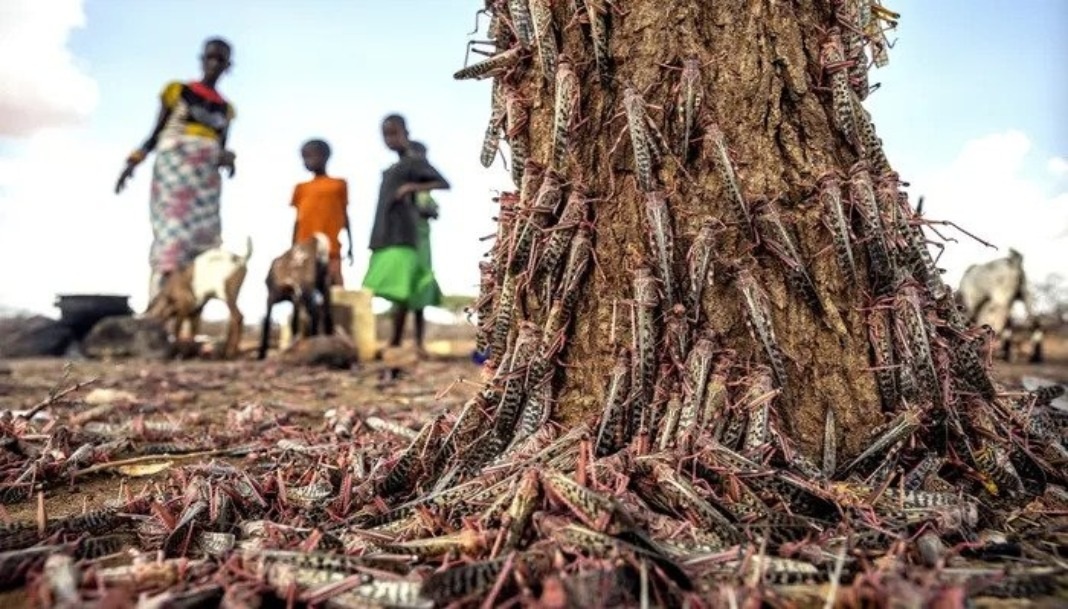 A second wave of desert locusts is threatening to ruin new crops just a few months after initial swarms hit the region, where more than 20 million people are facing food insecurity.

“The timing is horrendous because the farmers are just planting, and the seedlings are just coming up now since it’s the beginning of the rainy season,” says Keith Cressman, the UN’s Food and Agriculture Organisation’s (FAO’s) Senior Locust Forecasting Officer.

The February to May rainy season is the ideal time for farmers to plant crops, with harvesting anticipated from June to early July, which is precisely when the next swarm generation of locusts will be forming. The rains have been good this year, and the damp, humid conditions are perfect for locust eggs to hatch.

The desert locust is considered the most destructive migratory pest in the world. The current outbreak begun with heavy rains from two cyclones in May and October 2018 on the southern Arabian Peninsula. To date, the locusts have spread through Djibouti, Ethiopia, Eritrea, Kenya, Tanzania, Uganda, Somalia, South Sudan, Yemen, and over the Persian Gulf.

A single swarm covering one square kilometre contains up to 80 million locusts. FAO estimates the number of locusts could increase another 20 times during this rainy season which could worsen the humanitarian situation.

Restricted movement due to COVID-19 has not made fighting the locusts any easier. FAO is stepping up support to affected countries despite the logistical challenges, working with national governments, farmers and agricultural producers to help contain the outbreak.

“There is no significant slowdown because all the affected countries working with FAO consider desert locusts a national priority,” said Cyril Ferrand, FAO’s Resilience Team Leader for East Africa, in a statement. He added: “While lockdown is becoming a reality, people engaged in the fight against the upsurge are still allowed to conduct surveillance, and air and ground control operations.”

According to media reports, the FAO is intensifying remote data collection through a network of partners, civil society, extension workers and grassroots organizations providing information from remote locations especially in Ethiopia, Kenya, Somalia and South Sudan.

How Africa Can Successfully Modernize Agriculture

Call for investment in agriculture as 9.8m Sudanese face famine