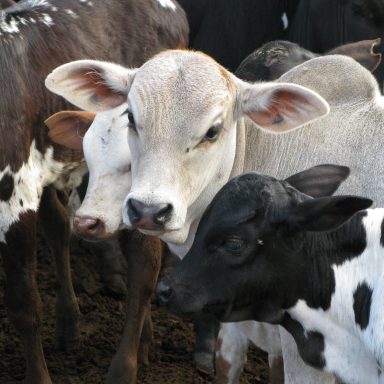 For the thousands of pastoralists making a living out of livestock in Kenya’s arid and semi-arid areas, eradicating animal diseases remains the biggest headache.

Challenges facing the control of animal diseases include the inadequate capacity for sustained disease surveillance and control programmes as well as poor enforcement of existing laws.

Now, as counties under the North Rift Economic Bloc (Noreb) and Lake Region Economic Bloc (LREB) continue to see more pastoralists go fully commercial in their ventures, they have unveiled a joint policy framework to eradicate livestock diseases within the region.

The Notifiable and Transboundary Animal Diseases Control Policy 2021 outlines how the counties will collaborate in the control of transboundary animal diseases (TADs), which has been difficult given that each devolved unit had been reading from a different script after agriculture services were devolved.

“Previously these disease outbreaks have been managed in a coordinated programme by the director of veterinary services. After devolution, veterinary functions were devolved to the county governments, each county had different priorities and animal disease management programmes are uncoordinatedly carried out even in neighbouring counties, thereby becoming ineffective,” reads the policy in part.

“The prevention and control of TADs is a key factor for increasing market access and facilitating trade, particularly for LREB and Noreb counties, which are major breeders of sheep and goat, among other animals.”

The policy outlines the limited awareness by the public of their obligation on disease reporting, compromising the effectiveness of disease control and prevention.

Antimicrobial resistance (AMR) also threatens the effectiveness, prevention and treatment of an ever-increasing range of infections caused by bacteria, fungi, parasites and viruses.

Some of the common animal diseases in the region include African Swine Fever, brucellosis, foot-and-mouth disease, Peste des Petits Ruminants, sheep and goat pox and rabies in cats and dogs.

The presence of livestock diseases in these counties has led to productivity decline due to increased mortality and morbidity leading to losses, including lower milk and egg production, poor wool quality, slower weight gains or abortions.

If uncontrolled, the economic blocs argue, diseases could hinder livestock production and hurt the income of farmers and pastoralists.

Uasin Gishu governor Jackson Mandago said the policy would help the region in ensuring that no livestock market is shut down due to disease outbreaks.

“Livestock is an important sector in the two economic blocs and contributes to 30 percent of the regional gross domestic product (GDP) and amounts to about 40-60 percent direct or indirect employment,” he said.

“The policy considers the constitutional obligations of each level of government, national and county with regard to the development of animal health and outlines functional relationships.”

The counties have developed policies such as strengthening the legal framework for disease control and delivery of animal health services in line with the World Organisation for Animal Health guidelines for veterinary services and legislation.

The two blocs have also resolved to establish an information system for disease control, saying that timely and good-quality information about disease events are needed to better assess any disease outbreak situation, support decision-making, prevent potential disease incursion and respond quickly in an emergency.

Animal registration, identification and product traceability are also going to be improved, given that it is a critical tool in production, breeding and census planning, disease surveillance, food safety certification and food defence assurance, productivity improvement and facilitation of access to local and export markets.

Elgeyo Marakwet governor Alex Tolgos added that the blocs have also agreed on joint funding to procure animal vaccines, create a committee of the veterinary secretariat and embrace regional identification in the battle against cattle rustling.

The blocs have also agreed to recruit more veterinary officers in preparation for any disease outbreak, and improve their abattoirs to an international level to ensure the meat from those facilities meet global standards for export.

They are also seeking joint animal vaccination programmes, and also harmonised procurement for the vaccines and other veterinary medicine.

Noreb chief executive Dominic Biwott observed that most counties in the region struggle to conduct vaccinations due to financial constraints.

The economic blocs also agreed to form a task force to facilitate a smoother transition in terms of agriculture policies when new county administrations take office, to prevent the erosion of gains made in the preceding period.

The blocs hope that the new policy, once it is functional, will increase revenue among the member counties while increasing sales of livestock and livestock products banking on reduced disease outbreaks in the region.

Wide Range of Syringes for the treatment of animals