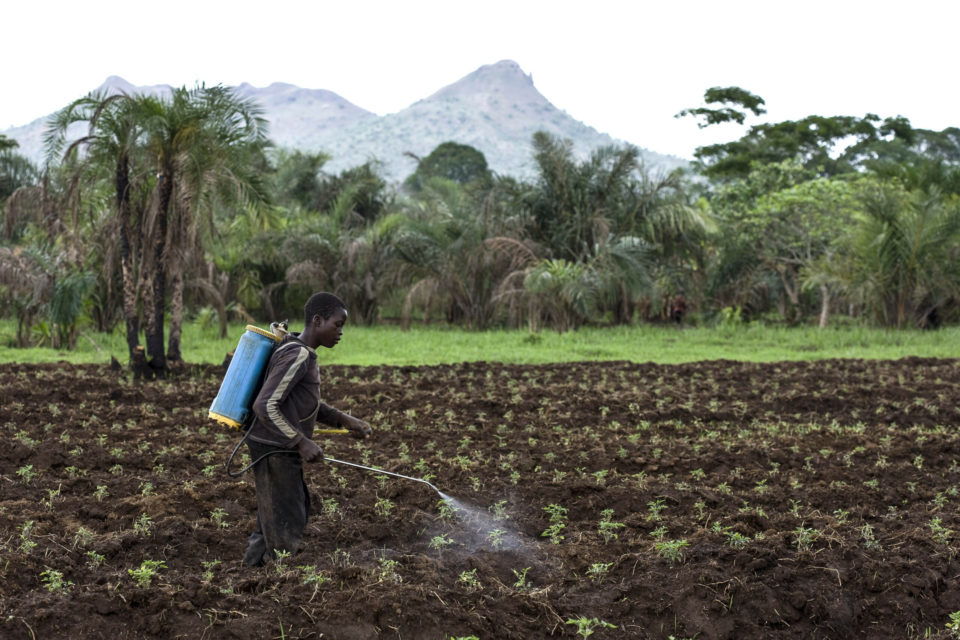 Hervé Kouamo used to sell his tomatoes at the local market. Now he goes from door to door, searching for potential buyers. Markets in his town, Bangangté in Cameroon’s West region, are flooded with the fruit.

“That’s the only option if I have to get at least half of the money I spent to cultivate this crop. More truckloads of tomatoes come to markets here every day,” said the 34-year-old.

Kouamo’s customers used to be in Cameroon’s big cities — Bamenda, Douala and Yaoundé — and bought in large quantities. Now, things have taken a turn since the country’s nation’s borders were closed in an attempt to contain the coronavirus pandemic.

According to Cameroon’s state broadcaster, CRTV, about 877 000 tonnes of tomatoes are produced yearly — mostly in the country’s west, northwest, southwest, central and far north regions, as well as the Adamawa region — and a huge chunk of this is exported.

Cameroon’s decision to close its borders in March meant its tomato producers could no longer reach regional markets in West and Central Africa, where the majority of the perishables go. Those markets include Nigeria, Gabon, Chad, Equatorial Guinea and the Central African Republic.

“Nigerians paid us a lot for our tomatoes. They usually buy about 10 000 tonnes annually but now that channel has closed,” Joseph Kana, a member of a tomato producers’ association in the west region, told state broadcaster CRTV.

At least two tomato farmers have died by suicide because they could not pay back the money they borrowed to grow their crops, Kana said. He added that there are others who have killed themselves.

Cameroon’s lone tomato processing plant in the west region closed down years ago, which means the country cannot process the fruit into other products and farmers have limited time to sell the produce.

“We usually contact clients before going to the farm — so they just come and carry them [tomatoes] in baskets. Now without ready markets, we are forced to throw some [away]. The situation is really bad,” said Mary Mbaizoa, a tomato farmer in Yaoundé.

Last month, in response to the situation, Cameroon’s minister of agriculture and rural development, Gabriel Mbairobe, said his ministry was planning a bail-out for the sector amounting to two billion francs (about $3.5-million). Part of the plan is to use the money for distributing fertilisers, seeds and pesticides to co-operatives while the government gets the abandoned tomato processing plant in the West region going again.

“We will be happy if we can have a processing plant functioning, so that we don’t fall into this shock again,” said Mbaizoa. “It aches my heart.”

Uganda At Risk As Locusts Eat Crops in Kenya